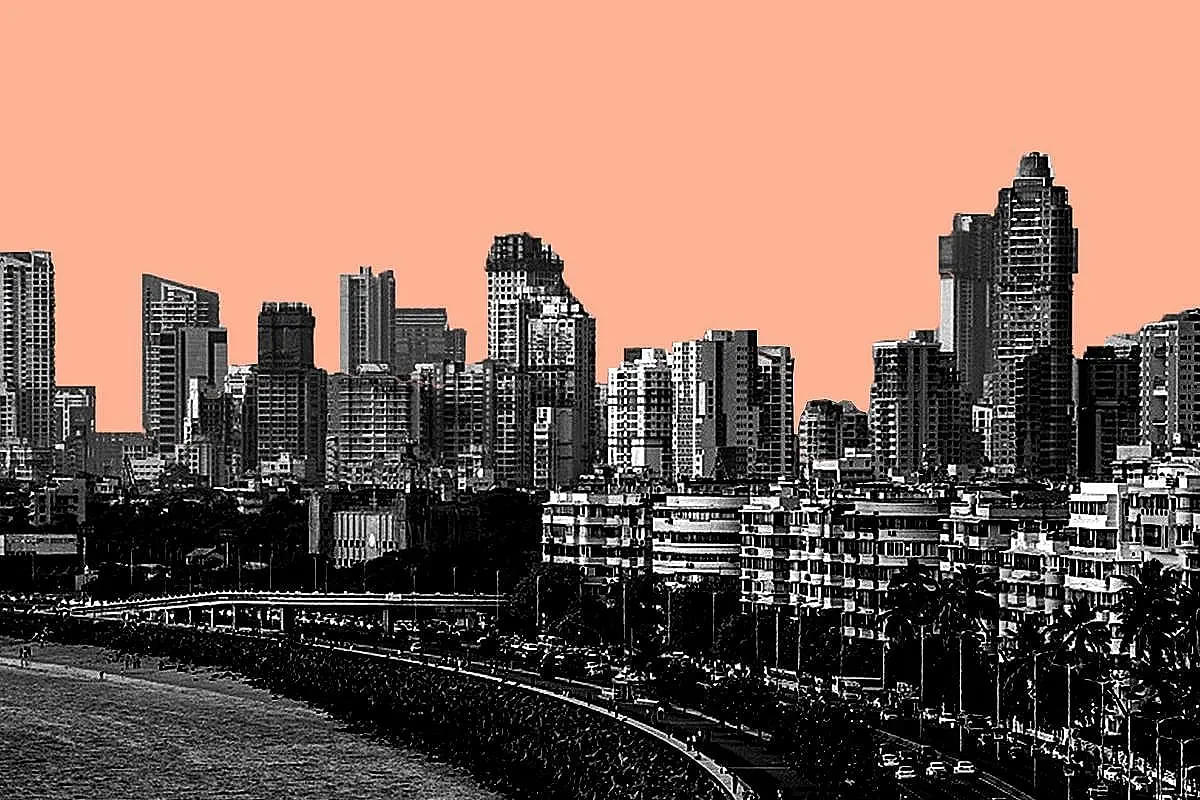 Mumbai’s marine drive with the city’s skyline in the background. (Swarajya Magazine)

The demand for residential real estate in Mumbai has skyrocketed over the last two years and prices have been on a slow uptrend. The activity in the sector picked up quickly after the stamp duty had been cut significantly, builders began offering discounts, and loans could be availed at low rates of interest.

With demand and the cost of construction materials increasing, builders are now calling for a significant hike in prices. But, some industry experts have highlighted several possible issues with hiking real estate prices in Mumbai.

New Inventory Coming Up In Mumbai

A major roadblock to increasing prices would be the new 15 crore square feet of inventory that had been approved in 2021. The government had slashed all premiums in new and ongoing projects in January 2021, making it cheaper for builders to move ahead with construction plans. Until 2019, the enthusiasm for new projects had been significantly lower, but the government’s move to lower premiums combined with high demand changed the scenario. As a result, a horde of builders managed to receive approvals for new constructions in Mumbai.

While some of these projects are said to be redevelopment projects, others are new projects. Some of these projects are cumulatively estimated to be multiple times the sales in the areas they are meant for. For instance, certain areas in Mumbai are expected to witness a five to six times increase in new inventory. Therefore, there is a significant chance of increased pricing pressure in several areas that are expecting to see increased inventory.

Realty companies have recently started raising the issue of increasing input prices, and have announced a possible 10 per cent to 15 per cent increase in prices in the current year. But, some industry veterans suggest that the rise in raw material prices does not have a significant impact on the cost structures of realtors who operate in the Mumbai markets.

In such a case, the actual increase in prices could be lower than the increments suggested by realtors — who clearly have the incentives to project higher growth in prices. Like central banks attempt to set inflation expectations, projecting a higher increase in prices helps set real-estate buyer expectations and encourages the buyers to make the purchase today rather than postponing it.

Increasing rates on home loans could be another issue that real estate companies would have to tackle. Global bond markets are indicating a significant rise in interest rates given the high inflation that we are currently witnessing. Banks like State Bank of India, Kotak Mahindra and Axis have already hiked MCLR, as they expect tightening in the near future. The Reserve Bank of India (RBI) has clearly indicated its focus on taming inflation.

A study by the RBI in 2006 shows that the policy rate appeared to be “the single most important arbiter” of future growth of the Indian housing market. A relatively higher home-loan rate combined with higher prices (as the industry suggests) would dissuade new buyers from buying homes unless incomes grow proportionately.

In the United States, 30-year fixed mortgage rates have increased from 3.20 per cent in April 2021 to around 5.2 per cent in April 2022. The US has seen fixed-mortgage application volumes halve as interest rates have risen. In March 2022, the total existing housing sales fell by 4.5 per cent compared to March 2021. US realty experts believe that high home prices combined with high borrowing costs are weighing down on home sales.

Mumbai has relatively low real estate yields that stood at around 2.7 per cent in July 2020 according to data from 99acres. The yield doesn’t even come close to the returns offered by other safe asset classes like fixed deposits, nor does it allow real estate investors to cover their cost of capital which stands at around 7-10 per cent.

Low yields indicate that rents have not increased commensurately with prices. The conclusion is supported by the large inventory of sold but empty flats in many of India’s metropolitan cities. However, despite offering low yields for years, investors and buyers have continued pouring money into Indian real estate.

Overall, there are some significant factors that could create pricing pressure in several pockets of Mumbai’s real estate market.