Could The Impeachment Charges Against CJI Threaten The Bankruptcy Cases? 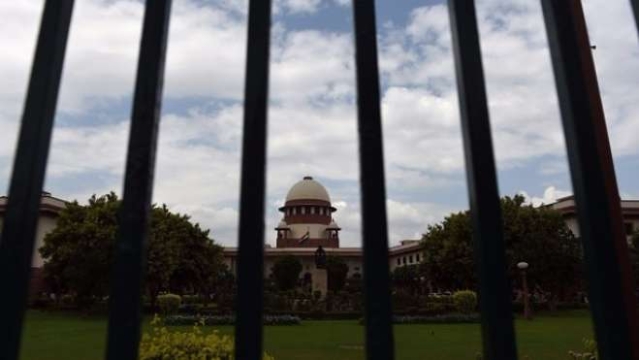 Preposterous as it may seem, there is a possibility of the two converging in an unedifying moment. Since June 2017, the Reserve Bank of India (RBI) has circulated two lists of large corporate defaulters of loans taken from banks. The first one included 12 to which it added another 28 subsequently. The list is almost the who’s who of corporate India. While the RBI had initially asked the banks to settle the debts of the defaulters through any of the schemes it had floated over the years, it has since scratched those and asked the banks to use only the bankruptcy process. In other words RBI has asked the banks to make the companies either pay back their debts, or move the promoters out and bid the companies to new promoters as going concerns; if none of those two options are possible to finally go for liquidation of the company. The options, have upended the cozy relations many industrial groups had established with the largely state owned banks but there is no doubt the courses of action has set of massive waves of reaction among the business class. See here. Their reaction is to the Insolvency and Bankruptcy Code (IBC).

The upshot of this take no prisoners attitude of the RBI that the banks have begun to follow scrupulously, has deep implications. Those implications are political. Remember, many of the business houses which have had run ins with their debt overhang have extensive political connections. This is not a new revelation. Since the latest phase of the bad loan or non-performing asset (NPA) crisis broke out from the year 2012, many commentaries by fund houses and in media have referred to this link. This included the famous House of Debt report by Credit Suisse. Since then, media has regularly run reports and even tried to compile indices of how the debt overhang was a feature especially of politically connected industrial groups. In fact it could not be otherwise since many of the loans were obtained because of the political clout enjoyed by many of these industrial houses.

As these groups now countenance the possibility that time has run out on these debts, they are worried. Very worried. While the bankruptcy process is running its course through the National Company Law Tribunal (NCLT), appeals from them have begun to mount. These have gone to the National Company Law Appellate Tribunal (NCLAT). But faced with adverse orders there too, several of the business groups have begun to petition the Supreme Court to intervene. The plaintiffs have more or less one common theme — to draw the process out for a longer time frame. The challenges range from accusations of bias by the insolvency professionals to those that challenge the very basis of the IBC.

To its credit the Supreme Court has stalled these moves like in the case of Binani Cement. It has repeatedly refused to intervene in these disputes or allowed permission for an out of court settlement. It has instead referred them back to the Tribunals for settlements. It is playing an aggressive role to make the IBC succeed. In the process, India is upending its relation with capital. A lot is at stake for Indian democracy from the successful outcome of this process.

What the current shenanigans against the Chief Justice of India, Deepak Misra do could be deeply harmful in this context. This does not imply that any political party has a particular position in this play or their role has been overlaid with what is going on in the IBC process. But irrespective of intentions it is quite likely to obstruct the reorganisation of capital in the economy.

The accusations against the Chief Justice seeks to colour his judgment through the prism of bias. While this is limited to him at present, it can be potentially applied to any verdict of any judge from the court. This might seem far fetched at this stage, but remember the motion for impeachment too did seem so too, at one stage.

What are the possibilities? Essentially, a business group can claim that the committee of creditors (CoC) — the lenders consortium has erred. The group can demand that NCLT intervenes. “NCLT is bound to consider objections of various stakeholders and if the conduct of CoC is not fair and transparent, NCLT has the right to reject the resolution plan” (livemint). From there the suit would travel to the Supreme Court. An eminently possible way to stymie a verdict there is to play the card of allegations of bias.

Since IBC was written in as a law, there have been 2,434 cases filed before NCLT. Another 2,034 cases have come in from various high courts. Already, as per IBBI dashboard 22 cases have got orders from the Supreme Court. There are hundreds more in the pipeline. Many of them would be entertained while others will not be, but in all cases the discretion will be of the judges. Would the climate of accusations against the CJI make it difficult for a judge to use her discretion? She may decide to entertain all irrespective of merit to avoid any such aspersions. Worse, instead of the careful monitoring of the cases would it decide to walk the path of least resistance?

Once the floodgates open the entire chain of IBC cases could get clogged in the files of the SC. It would have served the purpose for which the petitioners would have hoped for. Justice would have been delayed.