Death On The Cash Queue: The Modi Government Has Goofed And Must Make Amends 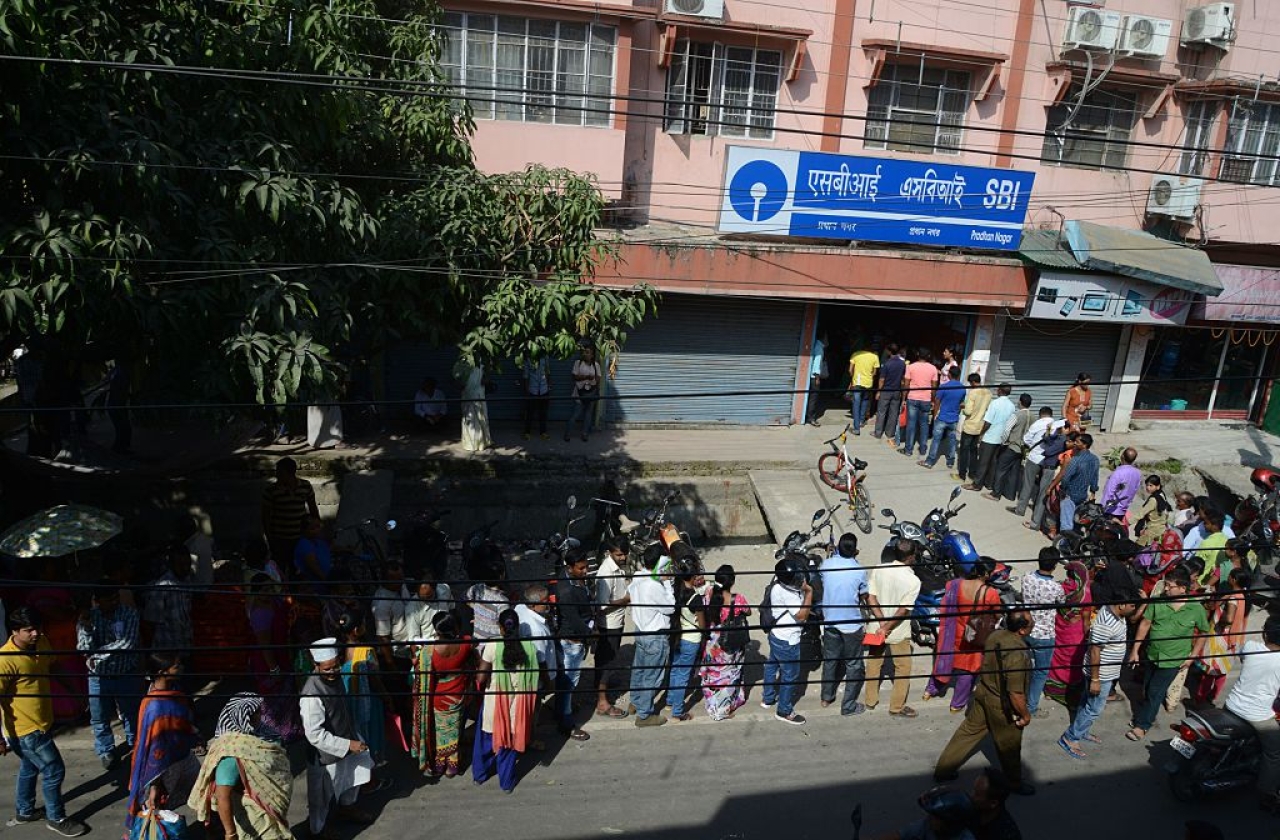 Indian customers line up next to an ATM at a bank in Siliguri: Photo credit: DIPTENDU DUTTA/AFP/GettyImages

In another three weeks, the cash crisis sparked off by demonetisation of high-value notes and the long time it has taken to recalibrate ATMs may start abating. But what will not wash off easily is the Narendra Modi government’s failure to respond effectively to public sentiment, especially the deaths of the old and the infirm near bank branches when standing in line for exchanging old notes.

While the unofficial count of 70-plus dead may be an exaggeration driven by agenda journalism and political opportunism, it cannot be anybody’s claim that significant numbers of people are not dying in the dash for cash. Yesterday (21 November), two people died – one in the crush of queues before State Bank of India’s Tarkulwa branch in Deoria district (UP) and another in Delhi, probably defeated by exhaustion while waiting repeatedly in queues. It is unlikely that these deaths are unrelated to the cash problem created by demonetisation.

Whenever these facts are brought up, the Bharatiya Janata Party responds with two standard lines: the people support the move, and the opposition is playing politics and trying to defend black money.

This is simply not on. The deaths are not fiction, even if the unofficial count may be off the mark. The Modi government has to respond with sensitivity and not with a political line.

Here’s the minimum that needs to be done.

First, the families of the dead must be compensated. If needed the PM’s Relief Fund can be used for it. Erring a bit on the side of excess by paying off more people than may actually have been victims of the cash rush is less of a problem than trying to pretend the problem does not exist.

Second, a public expression of regret for the deaths, possibly from the PM, would go a long way to assuage the feelings of the people affected. It will also send the opposition packing. In this context, the government should not mind a discussion on the subject with a vote, where it may well be criticised in the Rajya Sabha. This may be a psychological setback, but not something that will matter in the long run. Sometimes you have to stoop to conquer.

But most important, the government simply has to take two more steps to prevent such deaths from happening in future. This is not as difficult as it may seem, for most of the rush is outside public sector banks, and they are entirely within the government’s control.

The first of these steps is to make the queues vanish quickly. Here’s one way to do it.

Let’s say Bank A has the capacity to handle 500 people with old notes when the numbers outside are 5,000. Instead of forcing all of them to queue up every day and often for hours on end, the bank can simply issue tokens with the bank’s stamp for future days in advance. If you know you can handle only 500 and there are 5,000, you spread the crowd over 10 days, by giving each person a specific date and a time range for reappearing at the bank. This will not only avoid queues, but help the poor from losing wages by having to queue up.

What the government needs to do is to make it clear that anyone already in the queue as on 24 November – the last date for the exchange of old notes – will be paid off over 10 days. This way both the deadline can be met and the people, who need the money need not wait in the sun hoping against hope that today’s the day.

By early December, nearly 80-90 per cent of ATMs would have been recalibrated, and after that the load of disbursing cash can shift from branches to ATMs, except for businesses.

In one line: the message for Modi is simple: accept the reality of needless deaths, and shorten the queues on a war footing.