Ease Of Doing Business: Will India’s Rank Be Impacted When Survey Expands To Kolkata & Bengaluru? 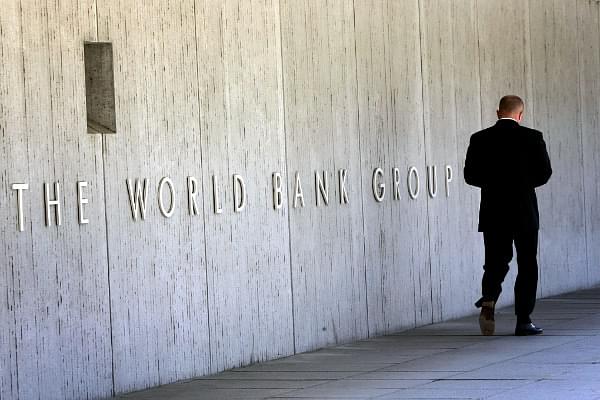 The steady and sharp improvement in India’s ease of doing business rankings, from 142 at the start of the Narendra Modi government in 2014 to 63 this year, is clearly a solid achievement.

Since these rankings are based on surveys done in only two cities – Delhi and Mumbai – one needs to add caveats to this achievement. But the positive message is simple: if two major cities can do it, so can the rest.

However, next year the World Bank’s Doing Business report will include Kolkata in West Bengal and Bengaluru in Karnataka in its surveys, and one must worry if that could see a drop in rankings.

The problem with the 2020 World Bank’s Doing Business Report – the latest one – is not that it is methodologically wrong, but that it does not give enough weightage to the interlinkage between improvement in some areas and lack of it in more crucial areas. Some improvements matter less than some others that are long overdue.

For example, India’s big improvements in the latest rankings relate to stellar performances on two metrics – resolving insolvency (up from rank 108 to 52) and dealing with construction permits (up from 52 to 27).

But insolvency is a double-edged sword and results in more corporate and banking pain as bad debts get resolved. As for construction permits, despite some procedural improvements, one wonders whether the improving speed in this area is the result of more speed money being paid to those involved in issuing these permits.

The high rankings in areas like obtaining credit (25), protecting minority investors (13) or obtaining electricity (22) hardly moves the needle for the average businessman in terms of easing his life in a period of economic slowdown and pain. What does move is not moving much at all – which involves crucial areas in operating a business.

For example, in registration of property, our rank – though improved from last year – is a lowly 154 out of 190. Our rank in starting a business is a poor, 136 – barely up one rank from last year. In taxes, we are 115 out of 190, and our worst performance relates to enforcement of contracts, where we are stuck at 163.

We pride ourselves on the rule of law but this means little when the rule is not enforceable in contracts.

This is really the crux of the problem with the Doing Business Rankings. You can be high up in one area, but once this area involves the law, the high rank ends up as pretty much useless.

Nothing illustrates this more than our insolvency and bankruptcy code (IBC) – where we have made the single biggest improvement from rank 108 to 52 this year.

But consider what is really happening. The Essar Steel case, sent to the National Company Law Tribunal (NCLT) in early 2017, is yet to be finalised two years and eight months later.

The matter is now with the Supreme Court after the appellate tribunal inexplicably decided that operational and financial creditors have to be treated on par – something that was not part of the IBC’s intentions.

So, thanks to quasi-judicial and judicial delays, the huge improvement on resolving insolvency come to naught due to an immovable legal system that works in judicial time and not commercial time.

The bulk of the 12 major insolvency cases sent to the NCLT in 2017 remain unresolved even today.

The steady improvement in India’s ease of doing business rankings will soon start reversing if we do not fix our legal and regulatory system.

The courts are turning out to be the biggest stumbling blocks in this area, wedded as they are to dilatory processes that enable graft and effective disregard of the law when it comes to enforcement of disputes and contracts. Not for nothing did senior counsel Harish Salve observe that the Supreme Court is the biggest cause of the current economic slowdown.

But there is another big caveat to the rankings too: no improvement in any part of the survey will matter if countries are not able to enforce basic law and order. Unfortunately, this is not something the central government can do, as law and order is a state subject.

Next year, when the Doing Business survey is extended from two cities to four – from Mumbai and Delhi to Kolkata and Bengaluru – we should worry about a drop in rankings. Kolkata is not a particularly business-friendly city, and Bengaluru is not known for its ability to manage its urbanisation well.

Moreover, West Bengal is heading for the polls in 2021, and Karnataka has an unstable BJP government formed with the help of defections. Which means political instability cannot be ruled out when the Doing Business survey is conducted. We need to keep our fingers crossed for the 2021 report.