Explained: Why Centre’s Plan To Curb The Use Of A Weed-Killing Chemical Has Irked Cotton Growers, Tea Planters 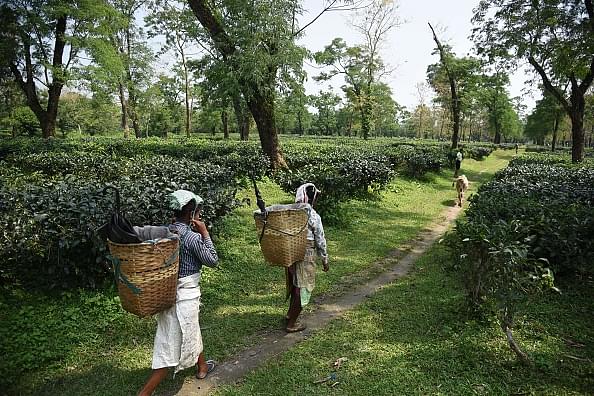 A draft notification issued by the Union government to restrict the use of glyphosate, which is primarily used by growers to kill weeds and grass that could compete with the crops for nutrition on a farm, has led to a hue and cry being raised by the users across the country.

The draft notification, issued on 6 July this year, gives 30 days’ time for objections or other proposals to those who feel they could be affected by any curb on glyphosate.

As part of its plan to curb the use of glyphosate, the Centre plans to ensure that only pest control operators can use the chemical.

While issuing the draft notification, the government has said that it was being issued on a report it had received from Kerala to prohibit the sale, distribution and use of glyphosate and its derivatives.

In February last year, the Kerala government banned the use, sale and distribution of glyphosate. The ban was on the grounds that it could cause harm to humans.

The ban by the Left Democratic Front (LDF) government was based on a report by the World Health Organisation’s arm International Agency for Research on Cancer (IARC) in 2015. The report said that the herbicide was “probably carcinogenic to humans”.

However, health experts are of the view that there is no conclusive proof yet on the ill-effects of glyphosate.

The Kerala ban was in place for three months. When the LDF government extended it, dealers in agrochemicals petitioned the Kerala High Court challenging the ban.

The High Court struck down the ban after it exceeded 90 days and told the state that it cannot take such measures without any proof. It also asked the Kerala government to approach the Centre for imposing a ban on the chemical that is widely used by the plantation industry, particularly tea estates, besides cotton growers.

Industry experts point out that the clamour to ban glyphosate began after farmers started growing herbicide-tolerant Bt (HTBT) cotton. The HTBT cottonseed contains glyphosate that prevents weeds and grass from growing in a farm in which the Bt variety cotton is sown.

Cultivation of HTBT cotton has not been authorised in India and it is illegal to grow the crop. However, growers in Maharashtra, Gujarat, Madhya Pradesh, Andhra Pradesh and Telangana have reportedly planted the cotton variety.

These plantings could account for nearly 20 per cent of the total area under cotton in the country.

Anil Ghanwat, president of the Shetkari Sanghatana, a farmers’ organisation in Maharashtra, told Swarajya that the draft notification seemed to be aimed at stopping Maharashtra farmers from cultivating HTBT cotton.

“We are really surprised why the Kerala government is insisting on a ban on the chemical without really knowing about its effect and ill-effects,” he said.

Besides cotton, glyphosate in India can be is used in non-cropped areas, tea plantations and pre-planting of paddy.

States such as Punjab, Telangana and Andhra Pradesh have banned the use, sale and distribution of glyphosate.

Punjab banned the chemical in October 2018 on the grounds that the state did not have any tea plantation. However, the Punjab Agricultural University has recommended weed control for many crops using glyphosate.

South India plantation industry sources, who did not wish to be identified, told Swarajya that the notification prescribing the use of the weed-killing chemical through pest control operators could turn out to be an exercise in futility.

“Where will planters go to find such operators? It is difficult to get such operators in remote and hilly areas, where plantation commodities such as tea are grown,” the sources said.

Tea, in particular, has to adhere to pesticide residue level norms. Thus, there would be no danger from glyphosate use, the sources added.

“One of the major problems in tackling weeds in plantations is that it is not possible using manual labour,” the source said, stressing the importance of glyphosate.

In cotton, 20-25 per cent of the cultivation costs go towards removing weeds. In Maharashtra's Chandrapur district, it is a tough task removing the weeds from the farms either manually or mechanically.

This is the main reason why growers are upset over the Centre’s plans.

Shetkari Sanghatana’s Ghanwat suspects that the Maharashtra government is probably supporting the curb as it is unable to directly dissuade farmers from growing HTBT cotton.

The Crop Care Federation of India, in a statement, has said that the Centre should stop the illegal sales of HTBT cotton than banning glyphosate.

The Pesticide Manufacturers and Formulations Association of India argues against the notification, saying that pest control operators are not registered with the state agricultural departments.

The government notification, on the other hand, has come on the heels of a settlement of over $10 billion reached by Bayer, which took over Monsanto that held the patents for HTBT cotton, with some 95,000 roundup herbicide-tolerant soybean customers.

The customers had filed a case in US court alleging they had developed non-Hodgkin’s lymphoma, a type of blood cancer.

The settlement includes $1.25 billion for potential future damage to customers who could suffer from the problem. At least 30,000 customers did not agree to be a part of the settlement, which means that Bayer could have the outcome of the court case.

CropLife India, an association of 15 research and development driven crop science companies, regretted that no formal review by any committee has taken place and the process of decision making is neither transparent nor consultative so far.

Asitava Sen, chief executive officer, CropLife India said the government should allow at least 90 days’ time for the people to respond due to the novel coronavirus situation and the resultant lockdown across the country.

The draft order might create a barrier for farmers to exercise their rights to use products that they need for pest control. Besides, they might have to incur extra cost to engage a control operator.

CropLife India would be submitting its detailed response with due analysis of the overall context, situation and impact, Sen said.