Explained: Why NITI Aayog Wants Government To Promote The Use Of Jaggery In The Country 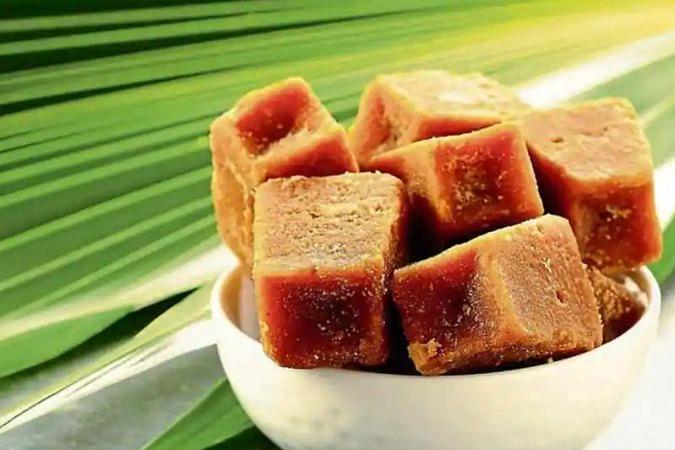 A report by a task force of the NITI Aayog, the Union government’s think-tank, on “sugarcane and sugar industry” has asked the Narendra Modi government to promote the use of gur (jaggery) in view of its rising demand.

The task force, headed by Ramesh Chand, member (agriculture) of NITI Aayog, has said that jaggery, a natural product of sugarcane, is emerging as an important alternative item at a time when customer’s preference for white sugar is “stagnating or even marginally declining”.

The other factor for the government’s think-tank to suggest promoting gur is that it demands a higher price in the market compared with white sugar. In online market places, white refined sugar costs Rs 40-45 a kg, whereas gur costs over Rs 80 a kg.

However, the problem with gur in India is that it is not scientifically produced as in the case of sugar. “There are no proper standards in place for the production and quality of jaggery,” the task force said.

It said that the promotion of gur by the government should include improving technology for its production and specification of quality standards.

In India, gur is still being produced through the traditional method and is considered a cottage or small-scale industrial production. In the case of gur, the juice from sugarcane is extracted using a cane crusher and then boiled in a pan.

Usually, production of gur is done in rural areas through the open pan system, where the juice is boiled in an open iron pan. It takes about two tonnes of sugar to make one pan of gur of around 300 kg.

The boiled juice is then heated on a furnace leading to releasing of many impurities. These impurities are removed from the juice using lime, sucrate or sodium carbonate. The impurities come to the surface of the pan and they are, thus, skimmed out.

Bhindi (lady’s finger) is also used during the purification process along with the chemicals. The boiled juice is then concentrated with the boiling gur being transferred to a cool pan. They are then made into different lumps of various weights.

Though India accounts for 60 per cent of the total gur production at 4.5 million tonnes in the world, Brazil is the top exporter of the commodity. There are around 1 lakh gur producing units in the country, according to the Ministry of Micro, Small and Medium Enterprises (MSME).

Gur has better health value than sugar and this is why it is used in ayurveda medicines to particularly treat throat and lung infections. It is also preferred by sweets, confectionaries and chocolate manufacturers.

It is seen as a health option as it contains many minerals and salts.

The NITI Aayog task force has recommended that a suitable mechanism for adoption of advanced technology by gur manufacturers and quality standards be developed by the Department of Food and Public Distribution in consultation with the National Sugar Institute, Kanpur.

It has also said that gur manufacturers should be brought under the formal sector so that they can get access to bank credit. This will help the units expand and create “demand from sugar to a healthy and more organic commodity such as gur”.

The NITI Aayog’s recommendation supports a status report of the MSME Ministry on khandsari sugar and gur in 2018. Then, the ministry said there “has been no organised effort to improve its performance, efficiency and recovery”.

The MSME report said old technology was in vogue to produce gur since the units were disorganised and were either micro or small ones. Policy constraints, lack of technical knowledge and lack of willingness and affordability to adopt new technologies affected the gur industry’s performance.

The NITI Aayog’s recommendations are also in line with the Narendra Modi government’s promotion of organic and healthy food options through initiatives such as “Poshan Maah”.