Grasim-AB Nuvo Merger: Why Both Birla And The Markets May Be Right 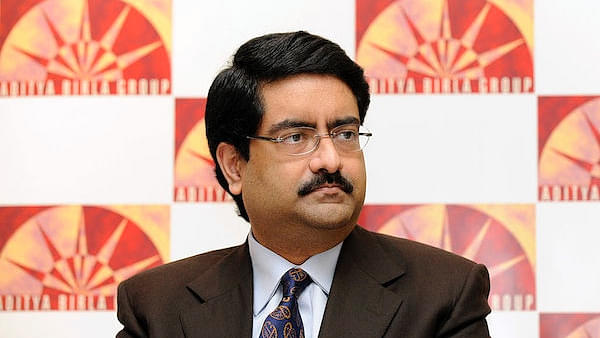 In stages, the Aditya Birla Group headed by Kumar Mangalam Birla is creating a new holding company structure for the conglomerate. Yesterday (11 August), Birla announced the merger of two existing holding companies, Grasim Industries and AB Nuvo, but the markets have been dissing the idea.

The merger will create a Rs 60,000 crore turnover megalith with interests in cement (Ultratech), telecom (Idea), fashion retail, financial services, textiles, chemicals and fertilisers, among other businesses. “The new entity will have a mixture of mature and new-age businesses with steady cash flows. This is one of the primary objectives of the merger,” Birla was quoted by Business Standard as saying after the announced.

In the merger, AB Nuvo shareholders will get three shares in Grasim for every 10 held, with Grasim being the surviving holding company. After the merger, Aditya Birla Financial Services, a non-bank financial services company that is growing fast, will be listed in order to “unlock value” for shareholders. After the merger, the promoters will hold around 40 percent of Grasim, which, in turn, will hold 60 percent of Ultratech Cement, 28 percent of Idea Cellular, and 57 percent of Aditya Birla Financial Services (before listing).

That the markets are not amused is clear. While Grasim, which will become the new holding company, got hammered 12 percent over two days and remained in the red on Friday (12 August) at the time of writing, Aditya Birla Nuvo lost nearly 18 percent in the morning session.

Are the markets right or the management of the Aditya Birla group? In a sense, both are right. The giant holding structure created through a complex merger process will take most of fiscal 2016-17 to implement, and one thing investors hate is uncertainty for such a long period. Also, in the Indian context, holding companies tend to be discounted, with investors preferring to hold shares directly in businesses they like. A holding company forces you to buy the whole bundle, and makes valuation difficult, since its overall value is an aggregation of the specific valuations of individual businesses. Moreover, unlisted companies in the holding company are difficult to value.

On the other hand, a holding company structure makes eminent sense to the Birla group, which is essentially a diversified, multi-business conglomerate. It simplifies the ownership structure and allows the promoter to do his main job of capital allocation more easily. He can pull capital from businesses that are duds, invest in the ones that show potential, and milk the ones that are cash generators for financing growth.

Put simply, the holding company structure allows promoters to break up their businesses into separate bundles, value them correctly, and make capital allocations sensibly. Ultimately, it also allows investors to choose where they want to invest, leaving the promoters free to take their own decisions in areas where the markets and their own priorities don’t converge.

The Boston Consulting Group (BCG) created a simplified decision-making structure called the Boston Box, in which all the businesses in a company or conglomerate can be put into four quadrants called Stars, Cash Cows, Question-Marks and Dogs.

Stars are essentially businesses with rising potential and growing market shares; these are businesses you want to keep and grow.

Cash Cows are mature businesses with strong cash flows; these, too, you keep since they need no additional capital and generate resources for investing in other businesses.

Question-Marks are businesses which may or may not have a bright future; current market shares may be low in a good business, or they could be businesses whose future potential may be brighter than at present.

Dogs are weak businesses or losers, guzzling more capital than they generate. Some dogs may even be ripe for sale or closure. Question-marks are essentially businesses that could either become Stars or Dogs.

A holding company structure, thus, works very well for conglomerates, since they can have a clearer picture about which businesses need to be invested in, which ones to milk for more resources, and which ones to close. They enable a promoter to use separate the Stars from the Dogs, the Cash Cows from the Question-Marks.

Put another way, a holding company is like a fund manager running a diversified mutual fund. He can watch performance and add or reduce holdings in shares which perform, or fail to do so.

Investors, on the other hand, can choose to remain invested in a diversified fund or buy an individual share. The reason why big investors may choose to exit the new holding company is precisely because they may fancy their stock-picking skills better than the owners of the holding company. Hence, the possible derating of Grasim after the merger.

But there are always two kinds of investors: those with the capability to take risk and undertake research, and those who prefer the stability of a multi-business, diversified company. The former can choose to invest in specific companies and dump their holdings in the mother company. Those who prefer to reduce risks may choose the stability of a conglomerate and remain invested in it. This includes the promoters, who may have their own reasons to hold on to low-profit, low-growth businesses while allowing the Stars to find their own orbits. It also simplifies buy-sell decisions.

However, from a long-term perspective, holding companies have to become the norm for conglomerates, as each individual business can be separately listed and find its own growth path. They can raise their own capital, or be sold. It also allows the promoters to focus on capital allocation, and professional managers to run the separate businesses.

This is how Warren Buffett runs Berkshire Hathaway, the world’s most famous holding company.

The bottomline: Kumar Birla has done the right thing, even though there may be short-term uncertainties for investors when the new holding company is still to be created and the financial services company is yet to be listed.