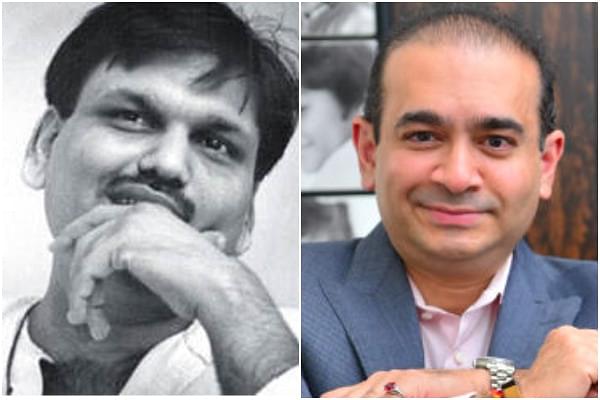 From Harshad Mehta to Nirav Modi, the common elements in all the frauds were the same: the use of fake papers.

Humans are very poor learners from history. We not only fail to learn lessons from past mistakes, but knowingly repeat the same mistakes in the foolish belief that this time it will be different, since we are smarter than the folks back then. Our politicians, bankers and regulatory agencies fall for the same scams over and over again, despite all the expert panels, working groups, joint parliamentary committees and forensic investigation reports that tell us where things went wrong, and how to avoid them in future.

India’s scam-ridden financial world, from banks to stock markets to financial institutions, has fallen for the same tricks by fraudsters over the last quarter century. The first of the bank scams post-liberalisation surfaced in 1992, with the late stockbroker Harshad Mehta doing the honours. The debris of that scam had barely been cleaned up when another scam, this time orchestrated by another sharp market manipulator, Ketan Parekh, took off from 1998. His scam went bust in 2001, when the market couldn’t sustain. The same year also saw India’s flagship Unit Scheme 1964 fail, with the government-sponsored mutual fund unable to meet its obligations to unitholders without a government bailout. And now, of course, we have the Punjab National Bank (PNB) fraud, where the initial reports have talked of a Rs 11,400 crore hole in its balance-sheet, the beneficiaries being two dodgy diamantaires, Nirav Modi and Mehul Choksi, who were in cahoots with bank insiders.

This is not to suggest there were no other scams happening between 2001 and 2018 – in fact, public sector banks were used as private ATM machines by crooked promoters all the time, as their high bad loan levels attest – but what links the Harshad Mehta scam to the Ketan Parekh scandal to the PNB fraud is one clearly visible thread: money was lent against fake documentation, either actual paper or virtual, but without the backing of real assets. It was money for jam, and bankers seemed to like it as long as the money kept coming back into their system. The other link is this: bankers were happy to turn a blind eye to what their partners in the scam were doing, as long as they didn’t lose money. Once they did, they pretended that the fraud was entirely done by the scamsters, and without their knowledge.

In the PNB case, the fake paper related to letters of undertaking (LoUs) was given to the diamantaire. In the Ketan Parekh scam, the fake paper involved bank pay order which did not have money backing. In Harshad Mehta’s case, he “borrowed” – or rather stole – cash from the money markets using fake bankers’ receipts (BRs).

Consider what happened in the PNB case. A deputy manager in PNB’s Brady House branch in Mumbai, now identified as Gokulnath Shetty, issued LoUs to Nirav Modi for the import of precious stones. This LoU was messaged through Swift, which is an international messaging system for enabling money transactions between banks and their customers, and which enabled other banks to lend money for imports. But the crucial point is this: the LoU, which is essentially a guarantee by PNB that it will honour loans given to its customers by another bank, once parsed through Swift, is supposed to reflect as a potential liability in PNB’s books. But the confirmation of the LoU through Swift apparently did not get routed through PNB’s core banking solution (CBS), and thus went unreported for long.

In short, the LoU was unauthorised as far as the backend technology of the PNB was concerned. In layman’s terms, the LoU was fake, though the counter-party banks which were fooled by these LoUs were unaware of it. This practice apparently went on from 2011 to 2018, until the deputy manager retired and the scamsters realised that the game was up. Most probably, the scam went undetected since the money raised through the LoUs was being returned until the going got tough, and the money could not return. When the music stopped, the scam’s cover was blown.

Fake documents were similarly at the heart of the Ketan Parekh scam of 2001. Parekh, a stock market operator who made crores by ramping up prices in his favoured stocks (called K-10, and which included Himachal Futuristic, Zee Entertainment, Aftek Infosys, Mukta Arts, and six other stocks), used a similar ruse to raise money for his operations. He got the Madhavpura Cooperative Bank (MCB) to issue fake pay orders (which had little or no money backing them), which were then immediately discounted with the Bank of India. The money released from Bank of India was used to play the stock market, and as long as the markets obliged by rising, the money could return to the bank that lent them. It was only when the stock market went kaput that this cycle was broken, with the face pay orders being shown up as paper without cash backing.

In the Harshad Mehta scam, the stockbroker used money from banks – some with their knowledge, some without – to play the markets. Mehta found the money market, where banks did ready-forward deals (now called repos) among themselves, to be flush with cash while brokers were starved of it. Ready-forward deals were done between banks through brokers on the basis of BRs, which attested to ownership of government bonds. BRs were issued whenever banks did not have physical possession of the government securities they were selling forward to counter-parties. At some point, Mehta discovered that fake BRs could be as useful to generate short-term liquidity as real BRs, and he was busy running the banks’ treasuries by freely using real and fake BRs to raise money for his growing stock market operations. He was thus one of the few who could pay cash to take deliveries. Speculative deals in stocks were earlier squared off at the end of each settlement, but Mehta roiled the markets by taking deliveries, forcing other brokers to push up stock prices while squaring up their liabilities. This scam continued until the market actually crashed, and Mehta could not find the resources to keep buying. The fake BRs were discovered when banks started losing money on their money market operations. The unspoken deal between banks and brokers probably was that money market funds will be deployed in stocks, where returns could be greater, and thus banks would get higher returns on their government bond holdings.

The common elements in all three frauds were the same: the use of fake papers (LoUs, pay orders, BRs) to generate liquid resources, and keeping the cycle going until something goes wrong (a market crash, the retirement of a key insider who was facilitating the scam, etc) and the fraud is discovered.

The surprising thing is not just that bankers fall for the same ruse every time, but that even crooks think the same idea will work again and again. There is no originality even among crooks, who are normally said to be brighter than the people they dupe. This leaves us with only one possible conclusion: every time a route to scam is closed, the system leaves another open for the scamsters to continue their loot once the hullabaloo dies down. Frauds will continue to happen if the intention is not to end them, but to make them reincarnate at another time and through other actors.

Are the Reserve Bank of India, Securities and Exchange Board of India, Insurance Regulatory and Development Authority, and the Finance Ministry listening? The PNB scam is not going to be the last.

Another warning is worth making: when bankers start getting cautious after every big scam, credit will start freezing. The double-balance-sheet problem could worsen. The only way out is faster recapitalisation of banks. It seems even Rs 2.11 lakh crore will not be enough.