How Not To Measure The Growth Of A Start-Up 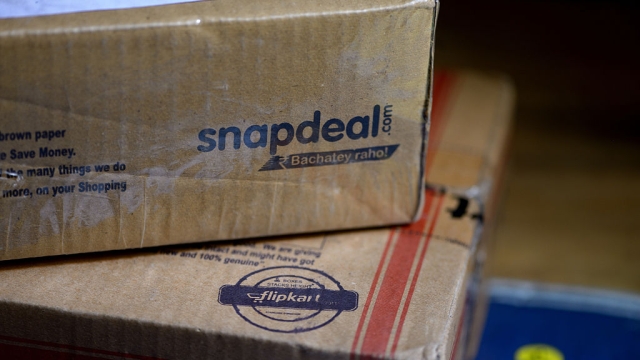 The products of e-commerce companies at a courier station in New Delhi, India. (Priyanka Parashar/Mint via GettyImages)

Here’s how Wikipedia describes Goodhart’s Law: “When a measure becomes a target, it ceases to be a good measure”.

An example of this law can be seen in countries like China, where bureaucrats are asked to achieve a certain gross domestic product (GDP) growth and are promoted based on how they perform on that measure, or in countries where politicians promise voters a certain amount of growth to get themselves elected to office.

Very soon this leads to short-term thinking and skews incentives to hit that number at any cost (examples such as cooking the books/government schemes that are very distortionary in the long term). Basically, shortcuts are taken to ensure that the ‘numbers can be hit’.

I wanted to explore how this applies to the start-up world. There are many ‘measures of success’ that founders, venture capitalists, the media and the public at large use to gauge the success of a venture. I tried to see how overemphasis on these skew the incentives of all parties involved to a degree that our ‘metrics’ to figure out whether some company is doing well have become less meaningful.

Here are a few of the prominent metrics, which, in my opinion, have had their meaningfulness reduced considerably over the past few years.

a) Amount Of External Funding Raised And Valuation

Capital is one of the key ingredients needed (besides team, technology etc) in the mix to start, sustain and grow any venture.

However, in today’s start-up universe, the ‘success’ of a company is measured by how much financing they have raised and what they are currently valued at.

Newspapers have an incentive to sell you news that catches your attention. I’m sure a lot of us only go on to read an article if the founders have raised a good amount of money. Every headline is usually anchored with a fundraise amount.

It’s also quite common to go to fireside chats, start-up events or read news, where a founder is introduced as someone who is “working on the next X project and has so far managed to raise Y million dollars”.

Yes, a founder’s ability to raise capital does signal that:

However, an excessive focus on this metric has led to a situation, where a lot of founders (and of course the larger community) gauge success by the amount of money raised. So founders are incentivised to somehow grow some key metrics (which may or may not translate into business in the long term) and then quickly hope they can get another larger fundraise in order. Items that are core to the long term success of a business such as product-market fit, a company’s unit economics, culture etc get left by the wayside and we have a situation with fundamentally unsustainable businesses getting attention and praise heaped on them for no reason other than that they have raised money.

I know I have the benefit of hindsight here, but companies such as Stayzilla and many others in hyper competitive, low margin verticals such as foodtech (a vertical which recently witnessed a spate of mergers and acquisitions and companies going bust) are examples of success stories gone awry because everyone was paying attention to the wrong metrics. We have also now seen cases such as Snapdeal, where a business which had a paper valuation of $6 billion or so some months back is negotiating an acquisition for roughly one-eighth that amount.

This is a very clear sign that the entire industry has been far too focused on this particular metric when it is not directly linked to long-term viability of a business.

b) The Rate Of Growth

The rate of growth is important but equally important is the quality of that growth. Continuously, discounting a $10 product by $5 to grow fast may not be the right way to go in the long term.

It’s become ‘accepted knowledge’ that regardless of industry, company stage, market dynamics, a certain growth rate is ‘key for a start-up to achieve’ if it has to become the billion dollar giant everyone thinks it can be.

Metrics like 5 per cent week-on-week growth (20 per cent month-on-month growth rates) are now part of start-up wisdom. Anyone from a first time entrepreneur, a person who follows start-ups to an analyst working at a venture capital firm who has never worked on a single deal thinks that this is standard.

Some companies that have gone on to become that big (Airbnb and Dropbox) have demonstrated that sort of growth rate. Those businesses, however, are an exception and not the norm.

So we increasingly have companies that follow this growth at all costs strategy to make sure the numbers look start-up-worthy. Discounts, promotions or whatever you can label a scheme, where the company essentially hands the customer money is used to push those numbers skyward.

Similar to the previous metric on valuation and amount of capital raised, this figure gets thrown around a lot by founders, venture capitalists etc in press releases and meet-ups. Yes, you do get growth but the quality of growth is really poor and that’s what matters in the long run. Anyone would love to use a cab-hailing app if a $20 ride now costs only $10 but as soon as that company moves that number even a bit higher a lot of your ‘new customers’ will vanish, never to return.

On that note: I spoke with a friend, who runs a salad bar business (not a start-up, a traditional place where you get salads and wraps). He never runs any promotions of any sort. His rationale: whenever he’s tried running promotions, he does get new customers but they never show up when his prices go back to normal and the deluge of new customers annoys his regulars.

c) The Number Of People You Have In Your Team

This is one of the more common ones that pops up. That metric again is not very meaningful in order to indicate how well you are doing.

A manpower-heavy logistics business with no margins and running purely on external financing will have a lot of people working versus a boots-trapped software as a service (SaaS) company with very healthy margins. The second business is a lot more likely to survive and I would choose running the second business over the first one any day – less glory, less media attention but on the upside no investors asking questions, a lot more independence and control. For example, Infibeam, which recently was in the news since it was apparently one of the contenders to buy Snapdeal is a profitable ‘e-commerce company’ since unlike other e-commerce players it has a scalable, high margin SaaS offering where it licenses its e-commerce platforms to enterprises that keeps the company afloat and has roughly 1,200-1,400 employees as against a headcount of 7,000-8,000 (recently) at Snapdeal.

Also, start-ups (maybe all businesses since even the finance sector is notorious for this) hire based on their expectation of the future so they tend to either hire too much when they feel like they are going to make it and then cut excessively if sentiment has turned sour.

Metrics that receive a lot of attention should not become an end in themselves and in today’s attention-grabbing, headline-focused age, these have become less meaningful. Perhaps a good heuristic is to figure out which metric is being thrown around a lot in newspapers, conferences and meet-ups and start consciously taking that metric a bit less seriously. Focusing on the less glamorous measures to gauge the health (margins) of a business is perhaps the right way to go for the whole start-up community.