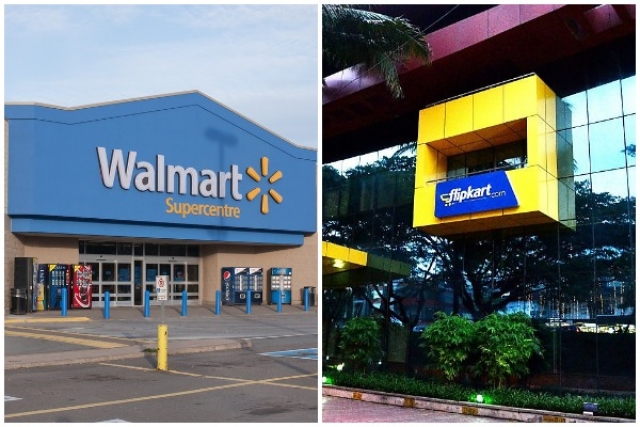 The face in Indian e-commerce will change forever with Walmart, the world’s largest offline retailer, now close to acquiring a majority stake in Flipkart, India’s leading online player. The deal, according to reports, will value Flipkart at around $20 billion, and some of the big investors, including Tiger Global and Softbank, may sell the whole, or the bulk, of their stakes in the company.

Question-marks hang over Flipkart’s promoters, Sachin and Binny Bansal, who hold stakes of 5.5 per cent, but Tencent, which holds another 7 per cent, may stay on, since it partners the retail giant in China (in JD.com). Some of the smaller investors like Accel, Naspers and eBay may exit at least partially if Walmart offers to buy them out.

This is the biggest clean-up in the Indian e-commerce space, and changes the nature of the game altogether. Bit players may not have much of a chance unless they choose to go niche. In the all-things-to-all people business, only two Godzillas remain: Walmart and Amazon. Two other T-Rexes may emerge in the battle at a later date, China’s Alibaba and Tencent, but as yet they are making smaller bets in Indian online retail. While Alibaba has invested in Paytm Mall and Big Basket, Tencent has stakes in Flipkart and app-based taxi platform Ola, among others.

Upstaged in the US and other major markets by Amazon, Walmart has been busy strengthening its e-commerce hand through acquisitions. In 2016, Walmart and its chief executive officer Doug McMillon bought Jet.com in a $3.3 billion deal. But the Beast of Bentonville was seen to be toothless in China, where it first bought the wrong online commerce company, and then invested in JD.com, the No 2 e-tailer in China after Alibaba.

India offers a clear path to online leadership through Flipkart, which is why Walmart is willing to plonk $12 billion for the acquisition. Walmart is already in the Indian wholesale retail game, and Flipkart means plugging directly into retail customers to make up for what it is barred from doing offline.

The India battle is part of the larger Amazon versus Walmart rivalry, which is hotting up. Last year, Amazon chief executive officer Jeff Bezos jumped boldly into the brick-and-mortar retail space by paying $13.7 billion to buy Whole Foods Market.

The game-changing aspect of these moves by Walmart and Amazon is this: the business is no longer pureplay online or pureplay offline. There is a shift to what is called “omnichannel” selling. This means using both physical stores and online marketplaces to sell to customers, and sometimes even a combination of the two.

This implies that over time Amazon could be investing in offline retailers to counter Walmart. And vice-versa.

A corollary is that smaller Indian e-commerce and offline retail players may not be able to sustain themselves. They will be bought over or be forced to merge in order to remain afloat. However, as long as Walmart, Amazon and Alibaba are hungry for the Indian market, they should be able to find buyers too.

A third game-changing aspect: the huge investments needed in logistics, marketing and acquisitions will force all players – including Walmart and Amazon – to get into groceries and garments. Groceries are the only way of getting into every home, even if the margins are low. Once you get a foot in the door, you can sell the customer other things. And garments are the best way to drum up margins, since they provide opportunities for creating private labels that can be owned fully by the e-tailer. Private labels allow online players to build high margins into their own products instead of relying only on other brands where the bulk of the value is grabbed by the brandowner.

This leads us to the fourth game-changing aspect: the shift of bargaining power from manufacturers and brand owners to retail marketplaces, whether online or offline.

Power is shifting from those who make the products to those who own the customer. It has always been so, but with the rise of the giants of online and offline retail, this process is accelerating.

The upside for India is that foreign investments are going to soar. Walmart may well be the biggest single foreign direct investment in recent times. The downside is that the businesses will now all be owned by foreign players with deep pockets. The tech world is run by the GAFA-BAT monopoly – short for Google, Amazon, Facebook, Apple, and China’s Baidu, Alibaba and Tencent.

We now need to change that to GAFAW-BAT. Walmart is also entering the picture. Remember, even though Amazon is streets ahead of it in the online game, Walmart has three times Amazon’s revenues (over $500 billion). It has the money and the muscle to grow.