India’s Largest Tea Company Has Filed For Bankruptcy, But It Has Little To Do With Tumult In Tea Industry 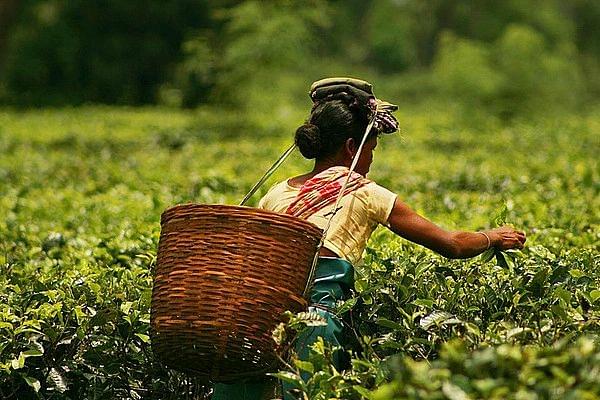 The tea business is often derided by investors due to the variables of weather, volatile prices and operational inefficiencies. But MRIL’s default was not the result of having large exposure to the tea business. MRIL’s failure stemmed from its unofficial pivot from a tea company to becoming a financier of the group’s other ailing businesses.

The statement of cash flow in the annual report for FY20 shows that the company generated cash of Rs 84 crore in FY20, while lending out Rs. 1,100 crore through inter-corporate deposits (ICD) to mainly group companies. In FY19, it had generated cash from operations of Rs 280 crore, while lending out Rs 1,097 crore through ICDs. An ICD is an unsecured borrowing from one corporate to another.

The exposure to weak group companies went up from Rs 645 crore in FY18 to Rs 2,863 crore in FY20, not including corporate guarantees that would add another Rs 1,500 crore.

The Independent Auditor had highlighted in 2019 that the ICDs outstanding are higher than the quantum allowed by regulations. MRIL was not only lending through its internal accruals but by borrowing further, despite its existing debt. It was one of these borrowings that finally got MRIL into the bankruptcy court.

The entire Williamson Magor group has been facing financial trouble for the past few years. Except for Eveready Industries, most group companies were struggling businesses.

In 2018, MRIL had borrowed Rs 100 crore from Techno Electric and Engineering Company Limited (TEECL), an engineering, procurement and construction firm that was looking to deploy its surplus cash.

However, MRIL was unable to pay back the loan or furnish the guarantees it had given TEECL. TEECL dragged it to court in 2019, with the case finally culminating into the current bankruptcy proceedings.

The company has been selling off its plantations since FY19, trying to build a stronger balance sheet. But the onus of simultaneously supporting other group companies proved to be too much for MRIL.

McNally Bharat Engineering Company Limited (MBECL), a group firm, has been receiving flak for MRIL’s current condition. But, MRIL does not list MBECL or its subsidiaries as a borrower in its annual report for FY20.

Again, MBECL does not have any major transactions with either company in FY20 and FY21. However, MRIL was a lender to McNally in FY18, lending around Rs. 85 crore.

Eveready Industries, the cell manufacturer, and probably the best performing company of the group, has not been spared. It has written off the entire inter-corporate deposits extended to related parties worth Rs 629 crore.

As with MRIL, Eveready’s largest borrowers were Seajuli Developers and Babcock Borsig. The lack of information about these transactions makes it difficult for individual investors to track the money trail.

The Independent Auditor for MRIL had been giving an adverse opinion for quite some time. The Independent Auditor’s report for FY19 states — “In our opinion and according to the information obtained by us, the sundry income may have been funded to the said promoter group company through monies indirectly lent by the Company…and therefore may not have been actually realised”.

The statement explored the possibility that the earnings were inflated due to the complex nature of the transactions — a loan extended to another group firm has been recorded as income.

Similarly, the auditor had also warned of default on ICD repayments by group companies.

The acquisition of pledged shares by lenders due to defaults has pushed the promoters’ shareholding in some of these firms to single-digit figures.

Here’s what investors can learn from the episode:

One, focus on Related Party Transactions. The group was using its healthier companies to fund its loss-making businesses. Despite not requiring extra capital, healthy companies would take up short-term debt and finance weaker companies.

Two, focus on cash flows. The cash flow statement was another indicator of the fact that the company was using its money to fund weaker group companies. The company was deploying multiple times of its operating cash flows into ICDs. The money required was secured from short-term borrowings and internal accruals.

In contrast to the cash flow statement, the profit and loss statement can be easily manipulated and does not offer as much data.

Three, avoid businesses with loss-making group companies. Business groups fund weaker businesses by using money from stronger businesses — often throwing good money after bad. If the business is not likely to survive, but promoters continue pouring money into it, it reflects a bad capital allocation strategy.

If the stronger business is listed, it is a loss for non-controlling shareholders.

In worse cases, if the management has indulged in shady activities, you should absolutely stay away. India has many great businesses which are often run by shady managements, who ultimately destroy value.

While MRIL continues owning and operating valuable assets, it is unlikely that current investors would make any money off bankruptcy proceedings. As for others, the episode serves as a tale of caution and offers valuable lessons.