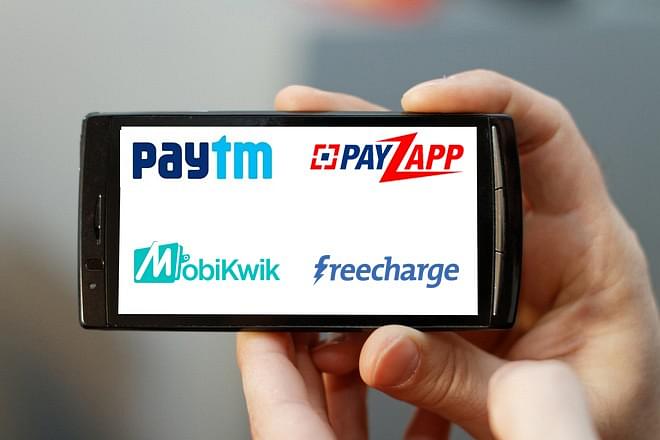 The central bank has announced a plan that will move e-wallets one step closer to payment banks.

Last week, the Reserve Bank of India (RBI) announced a plan that will move e-wallets one step closer to payment banks by allowing money to move easily between banks, wallets and card payment systems.

With the central bank announcing guidelines for “interoperability” between wallets, also known as prepaid instruments (PPIs), a Paytm bank customer can send money to a MobiKwik wallet customer, and vice-versa. Wallet companies can also issue debit cards without necessarily being linked to banks. They can use the unified payments interface (UPI) run by the National Payments Corporation of India (NCPI) and/or tie up with card payment systems like RuPay or Visa to effectively become complete payment service providers.

As things stand, both KYC-compliant wallets and payment banks can maintain customer balances upto Rs 1 lakh, the main difference being that wallets cannot pay interest on the balances. At the other end of the spectrum, banks can create their own prepaid wallets with the same Rs 1 lakh outstanding limit. Most big banks have their own wallets, with HDFC Bank having PayZapp, ICICI Bank Pockets, SBI Buddy, and Kotak Bank an 811 account.

The big hurdle to wallets scaling up is the cost of complying with know-your-customer (KYC) norms, which will now have to follow a physical process instead of the electronic verification process (eKYC) enabled earlier by the Aadhaar unique ID. With the Supreme Court disallowing the use of Aadhaar for banks and private parties, KYC compliance will be a huge hurdle. Last year, Paytm announced that it will spend half a billion dollars on KYC compliance.

A lesser hurdle, but one which can, at some stage, be removed by the central bank, is the Rs 1 lakh ceiling on deposits with payment banks and PPIs. The RBI banned Fino Payments Bank from accepting new banking accounts since it apparently failed to ensure that some accounts did not exceed the Rs 1 lakh limit. The limit does not make sense, since the deposits are anyway safe, being invested purely in short-term T-bills. And it is more than likely that some customers will use payment banks like regular banks, and let deposits build up.

Sooner than later, the deposit limit can be raised, and also the ban on lending. It would be logical to let payment banks lend small amounts against either deposit balances or with 100 per cent capital backing for any lending. This way, not only will there be no problem of bad loans, but it will give payment banks some degree of flexibility to build better business models.

The ultimate logic of anyone starting a payments bank or wallet is customer data. Data, as they say, is the new oil. Once you scale up the customer base beyond a certain level, payment banks and wallets can earn money not only through deposit or fund floats, but also through commissions on sales of everything from financial products to physical products sold through online marketplaces like Flipkart, Amazon, Snapdeal and Paytm Mall.

In technology-driven businesses, scale comes before business models. Neither Facebook nor Google nor Uber nor Amazon had any idea how they were going to make money before they scaled up to millions of customers. It could be the same with payment banks.

The National Securities Depository Limited, which is the world’s third largest securities depository in the world, and which also handles the government’s PAN and TIN databases, and which additionally has been asked to become a depository of all academic awards – from college and university certificates to diplomas, degrees and mark-sheets – has just announced that it will be launching its payments bank shortly.

Clearly, the business logic is more about data than payments. But the latter is needed to facilitate the former. Just as Google, Amazon and Flipkart have their own payments system, anybody with customer data will need a payments arm (bank or wallet). The business model of the bank may well be embedded in some other business that churns huge amounts of data. This is one reason why telecom companies have their own payment banks, with Airtel, Idea, Jio and Vodafone having their own licences for running wallets of payment banks.

Though their deposit growth is underwhelming (a Times of India report said all payment banks together had deposits of just over Rs 500 crore last May), clearly these are early days yet in the payments and wallets business. Scale will make a difference at some point.