Latin America Can Be A Major Business Hub For India With Concerted Efforts: EAM S Jaishankar 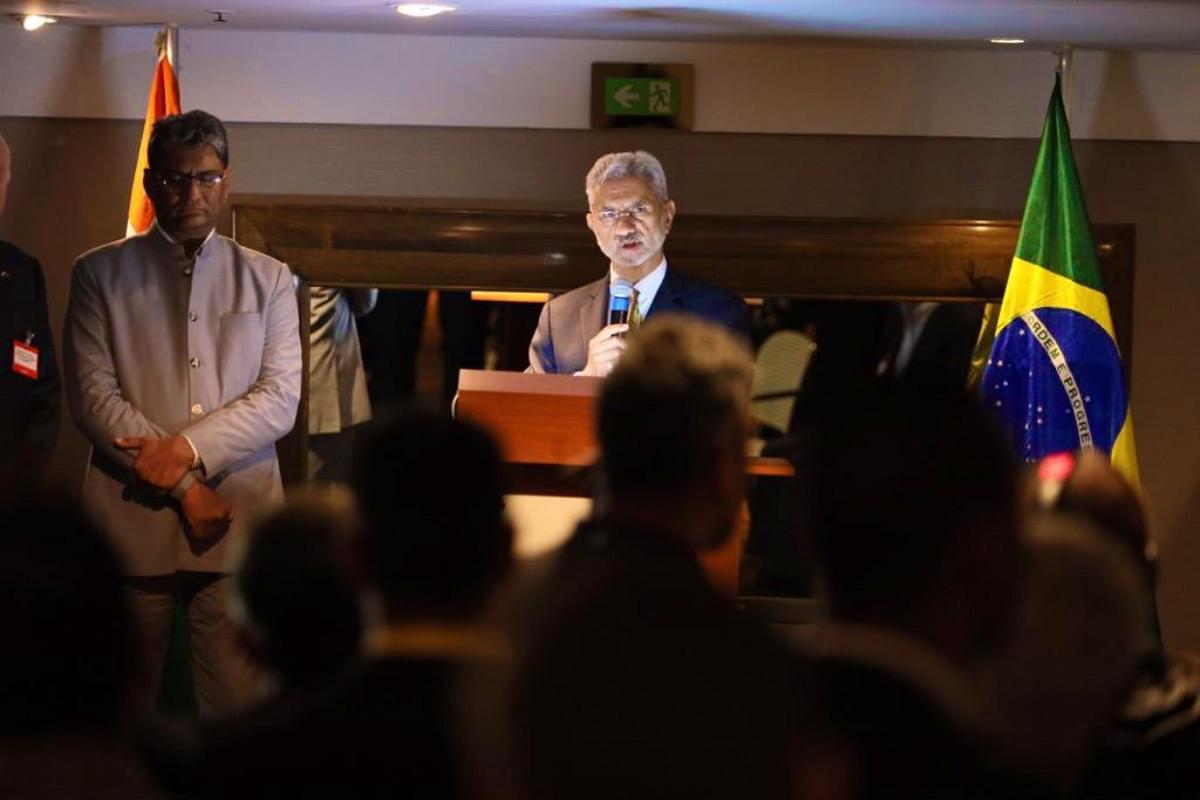 Sao Paulo (Brazil), Aug 24 (PTI) External Affairs Minister S Jaishankar has emphasised the importance of making Latin America a major business hub for India by having more engagements, contacts and meetings with the stakeholders in the vast region.

India and Brazil are not only partners but can share best practices for their mutual growth and progress, Jaishankar has said as he interacted with prominent businessmen here on Tuesday.

'Visited Federation of Industries of the State of Sao Paulo, the largest Industry association of Brazil. Presentations from WEG, @embraer and UNICA reaffirmed the significant opportunities exist for greater business cooperation,' he tweeted.

India & Brazil are not only partners but can share best practices for their mutual growth & progress,' he wrote.

'Visited Fiesp (Federation of Industries of the State of Sao Paulo), the biggest industry association of Latin America. Presentations from WEG, Embraer and UNICA reaffirmed the significant opportunities that exist for greater business cooperation. Business is the ballast that provides steady sailing for relationships,' he said in another tweet.

'Last year, our collective trade with Latin America was a little bit less than USD 50 billion. I do think that if there is greater focus, more push, engagements, contacts, more meetings like this, I think, it is very much possible that we could make Latin America also for India a very big business hub,' he said at the FIESP.

'Whether it is power transmission, IT, pharmaceuticals, agrochemicals, automobiles, two-wheelers. We have today good Indian companies present in Brazil. Our challenge from the Indian end is to grow, deepen that footprint and encourage other sectors and companies to come,' he said.

Jaishankar also had an interaction at the LIDE, an association of entrepreneurs of Brazil.

'A useful interaction at LIDE..., Networking of established Brazilian entrepreneurs with a growing Indian presence in Brazil was visible,' he tweeted.

On Monday, Jaishankar concluded his first-ever official visit to Paraguay and held talks with the country's leadership and vowed to strengthen bilateral ties.

He inaugurated the Indian Embassy in the capital city, Asuncion. The embassy of India in Asuncion was jointly inaugurated by Jaishankar and his Paraguay counterpart Julio Cesar Arriola.