Lessons From NDTV's Fall From Grace: Funny Money Is Vital To Media Viability 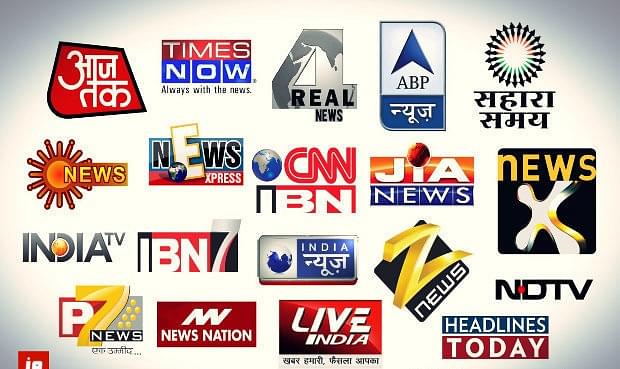 Big media is substantially unviable, and ultimately it is only funny money or political funding or corporate benevolence that can step in to keep it afloat.

A recent story on NDTV, India’s pioneering private TV venture that set the stage for an explosion in private news channels over the last two decades, is a must-read for all those who wonder why Indian media appears so compromised with either the powers that be, or with big business, or with an ideological cabal. It is the only way an unviable business can survive.

Caravan magazine, in an article running into more than 10,200 words, asks whether the channel’s promoters, Radhika and Prannoy Roy, have undermined their creation by entering into less-than-kosher financial deals to ensure its survival. On the editorial front, the story traces the descent of NDTV from torchbearer of competent journalism to a channel which got basics wrong while analysing the recent Bihar elections, where NDTV not only got its forecasts wrong, but also prematurely gave victory to BJP on counting day – getting egg all over its face.

Despite Roy’s subsequent apologies, the article’s focus is not on its editorial mis-steps, but the financial legerdemain that led to its fall from grace. From one of India’s most highly valued stocks (NDTV shares hit highs of Rs 500 a share in 2008), it is now one of the biggest value destroyers, with a current quote of around Rs 90 (7 December 2015). Its market value is less than Rs 600 crore.

What went wrong? According to Caravan, raising a lot of debt at the wrong time did them in. NDTV’s financial problems can be traced to a Rs 501 crore loan raised from Indiabulls Financial Services by its promoters to buy back a 7.7 percent stake from GA Holdings at a hefty price of Rs 400 a share when the market was about to crash post-Lehman Brothers. To repay this loan, they took another loan of Rs 375 crore, this time from ICICI Bank, by pledging all their personal holdings and the shares held by Radhika Roy Prannoy Roy Holdings Pvt Ltd (about 61 percent of the total shareholding); to repay the bank, they took another loan of Rs 350 crore from a company called Vishvapradhan Commercial Pvt Ltd (VCPL), which, in turn, had raised money from one of Reliance Industries’ subsidiary companies.

Even though there are other twists and turns to this serial borrowing misadventure, with Mahendra Nahata replacing Reliance as owner of the loan owed by NDTV, thus giving indirect control of the company to another businessman (also linked to Reliance in some way), the bottomline is this: to stay alive, the Roys ultimately had to rely on corporate money, even if the route taken was tortuous and non-transparent.

The larger point of the story – something not mentioned in the Caravan piece – is simple: big media is substantially unviable, and ultimately it is only funny money or political funding or corporate benevolence that can step in to keep it afloat.

This is evident from recent events, where Reliance took over Network18, after lending its promoters money to reduce debt in 2012; the Aditya Birla Group bought a 27 percent stake in Living Media, owners of the India Today Group, for Rs 350 crore in 2012, and now are wondering if they should exit. In the late 1990s, Anandabazar Patrika Group decided that they could not bankroll Business Standard and sold it to Uday Kotak, now a hotshot banker. At various points in time, the Indian Express Group too is said to have used a financial helping hand from Reliance to run its ops.

According to media watcher Vanita Kohli Khandekar, a third of India’s 130-plus news channels is owned by “politicians or politico-affiliated builders. An estimated 60 percent of cable distribution systems are owned by local politicians.” In short, media is owned by moneybags.

The reason for this is simple: only politicians have the clout and access to resources to run unviable high-cost media businesses. That NDTV ultimately had to be bailed out through layers of loans and investing companies only shows that there is not enough money in advertising or subscriptions to make it viable. The Caravan article also hints at the role of P Chidambaram in NDTV’s indirect rescue, quoting Ram Jethmalani’s allegation that Chidambaram and his son may have invested in NDTV through front companies. There is, however, no proof of this involvement beyond innuendo.

This is the stark reality: it is apparent that big media needs funny money, from politicians or big corporations, to run. Even if it doesn’t, as in the case with the extremely profitable Times of India and a few other regional groups, media is beholden to advertisers, and their editorial freedom will sometimes be beholden to corporate interests.

The prime lesson to learn from NDTV’s fall is thus not the financial skulduggery, but the underlying reason for it: unviability.

Media is unlikely to be free till it is financial free from its powerful bankrollers.