Micro-Finance Might Be A Boon For Borrowers, Not So Much For Investors 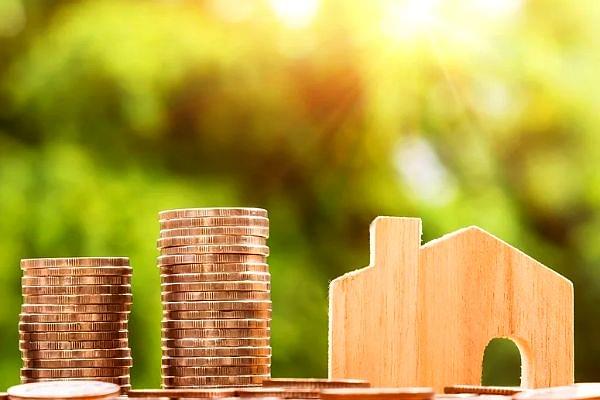 The micro-finance industry, in its current form, was pioneered by Muhammad Yunus, who established the Grameen Bank in Bangladesh in the year 1976.

The idea was to bring credit to those people who did not have any access to credit. The borrower would then use the money to set up a small business to pay back the loans. Yunus later received the Nobel Prize for his work on microcredit, and the Grameen Bank has disbursed billions of dollars in capital since then.

However, despite the high ambitions, microfinance companies have been facing tough times for the past few years. Several microfinance companies and small finance banks (SFB) have underperformed the markets. Some stocks like Ujjivan SFB, Suryoday SFB, Equitas Holdings, Spandana Sphoorty, Satin CreditCare and several others have given negative returns since their Initial Public Offerings (IPOs). Even Bandhan Bank, arguably the most successful microfinance lender, has given negative returns since its IPO in 2018.

However, the negative investor sentiment is not new. The industry is plagued with various issues, both internal and external.

An economic crisis is usually accompanied with a large number of defaults from the borrower base that typically has a weak credit profile. Several small businesses have closed down during the pandemic as the government enforced lockdowns, resulting in non-payment of dues.

For instance, Bandhan Bank has witnessed its Gross Non Performing jump from under two per cent to eight per cent within a few quarters after the pandemic struck. The entire microcredit segment saw the highest percentage of loans under moratorium during the pandemic, according to a report by HDFC Securities.

Under the pressures of thwarting competition and growing the loan book, officials often scrimp on due diligence. In the past, loans have been disbursed for consumption rather than enhancing income. Though borrowing is limited to two microfinance companies per borrower, it is difficult to trace the multiple borrowing from different resulting in ever-greening of loans.

In addition, banks prefer to work with customers that have already established their credit-worthiness. Micro-finance companies rely on on-ground teams that coordinate with first-time borrowers, educating them on credit, money and other topics. These teams are also responsible for the collection of dues, cross-selling financial products and other services.

In the past, the high rates led debtors to become over-burdened, resulting in a spat of suicides in Andhra Pradesh. As a result, the issue became political, and new regulations were introduced for the sector which saw some players lower their exposure to AP.

The involvement of politics is not really over as there have been continuing protests against microfinance companies across various states. Recently, borrowers in Assam stopped making payments to microfinance companies after politicians began promising loan waivers for borrowers. Such wilful defaults are often led by groups of borrowers who rely on social proof and political backing to not pay back loans, resulting in losses for MFIs. There have been several instances where collectors have been roughed up.

Assam had been looking to create regulations for microfinance companies. According to the proposed regulations, they would not be allowed to approach borrowers anywhere else except the government offices. The loan amounts would be capped, and extending further loans would require government approval. However, these rules have not been passed yet.

If microfinance becomes a mainstream vote-bank issue, it could have repercussions for both the lenders and the borrowers.

Preparing for the Future

In light of these issues, microfinance companies are converting into small-finance banks and universal banks. Not only do such transformations help them diversify beyond lending, but allows them to access capital at a much lower cost. Unlike traditional lenders in the space, banks can access customer deposits, which come at a much lower cost compared to funds raised from the public markets.

For instance, current account deposits require no interest to be paid on them, while saving account deposits usually cost 4 to 9 per cent. In contrast, when borrowing from public markets or banks, they often have to borrow at rates of 12-14 per cent. The transformation into banks further allowed them to enter segments they previously couldn’t enter – mortgages, vehicle financing, home loans, credit card, and bill payments, among others.

Despite the various issues plaguing the sector, Indian microfinance companies have saved the under-banked population from being exploited by local moneylenders who charge exorbitant rates of interest. The loan waivers, demonisation of microfinance companies, and wilful defaults, have spoilt the credit habits of the borrowers. The negative investor sentiment around will only clear up once asset quality and collection efficiency improves.