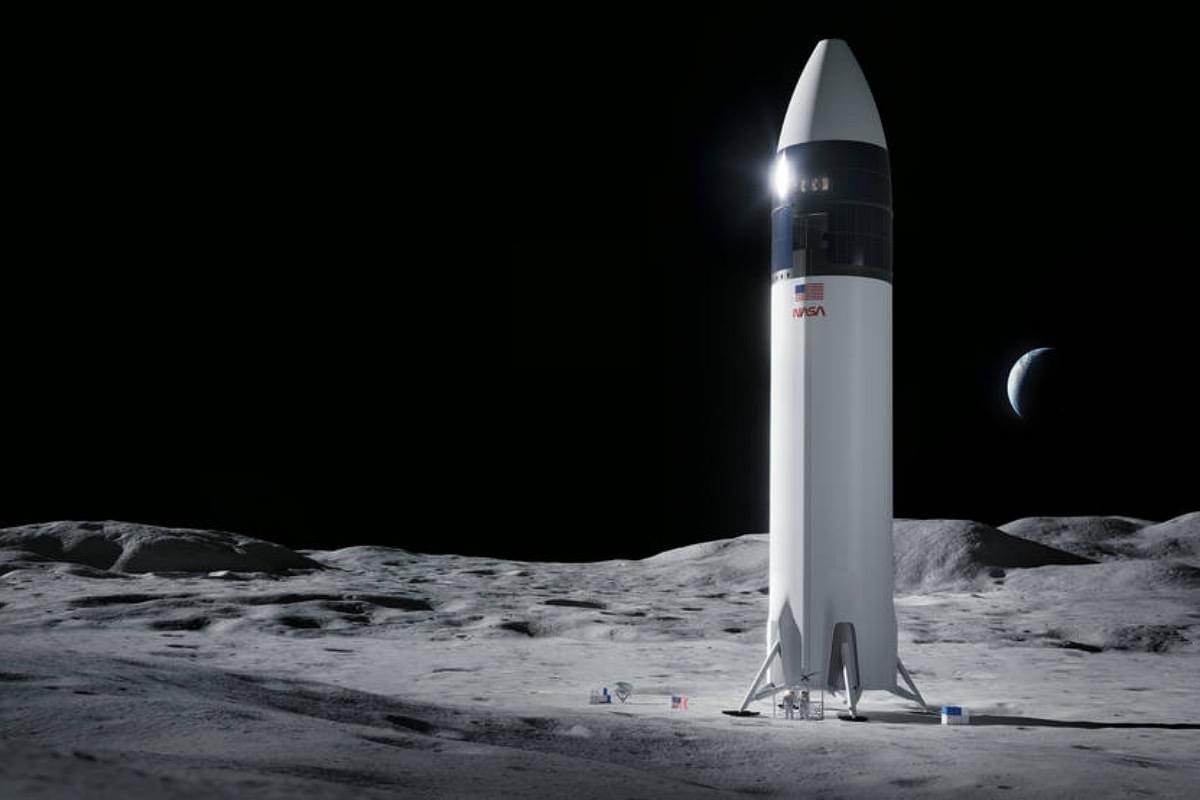 In a huge win for SpaceX, NASA has again selected the Elon Musk led space company for landing astronaut on Moon as part of the agency's Artemis Lunar Exploration Mission.

In April 2021, NASA announced that it had selected SpaceX's next-generation Starship vehicle as the first crewed lunar lander for the Artemis programme.

If all goes according to the plan, Starship will put astronauts down near the lunar south pole in 2025 on the Artemis III mission.

As part of that contract, SpaceX will also conduct an uncrewed demonstration mission to the Moon prior to Artemis III.

The US space agency had In September this year issued a call for proposals from other companies that want to provide crewed landers for the Artemis to build up redundancy and resilience for the moon mission.

SpaceX was not allowed to bid in this other round.

However, NASA had at that time announced that it planned to exercise an option in the company's existing contract to award future lander missions.

NASA on Tuesday (15 November) officially invoked this "Option B," picking Starship to carry astronauts to the lunar surface on the Artemis IV mission, which is targeted to fly in 2027.

"NASA has awarded a contract modification to SpaceX to further develop its Starship human landing system to meet agency requirements for long-term human exploration of the Moon under Artemis," the US space agency said in a statement.

"With this addition, SpaceX will provide a second crewed landing demonstration mission in 2027 as part of NASA’s Artemis IV mission," it added.

“With multiple planned landers, from SpaceX and future partners, NASA will be better positioned to accomplish the missions of tomorrow: conducting more science on the surface of the Moon than ever before and preparing for crewed missions to Mars,” NASA Administrator Bill Nelson said in the statement.

The modification, known as "Option B", has a value of about $1.15 billion.

“Continuing our collaborative efforts with SpaceX through Option B furthers our resilient plans for regular crewed transportation to the lunar surface and establishing a long-term human presence under Artemis,” said Lisa Watson-Morgan, manager for the Human Landing System program at NASA’s Marshall Space Flight Center in Huntsville, Alabama.

“This critical work will help us focus on the development of sustainable, service-based lunar landers anchored to NASA’s requirements for regularly recurring missions to the lunar surface.”

NASA said that aim of this new work under Option B is to develop and demonstrate a Starship lunar lander that meets NASA’s sustaining requirements for missions beyond Artemis III, including docking with Gateway, accommodating four crew members, and delivering more mass to the surface.

The agency is pursuing two parallel paths for human lunar landers developed according to NASA’s sustained requirements to increase the competitive pool of capable industry providers – the existing contract with SpaceX and another solicitation released earlier this year.

The other solicitation, NextSTEP-2 Appendix P, is open to all other US companies to develop additional human landing system capabilities and includes uncrewed and crewed demonstration missions from lunar orbit to the surface of the Moon, the agence said.

Under Artemis programme, the US space agency will send a suite of new lunar science instruments and technology demonstrations to study the Moon, land the first woman and first person of color on the lunar surface, and establish a long term lunar presence.