NDTV Should Fight Its Battles Legally, Not By Using Figleaf Of Media Freedom 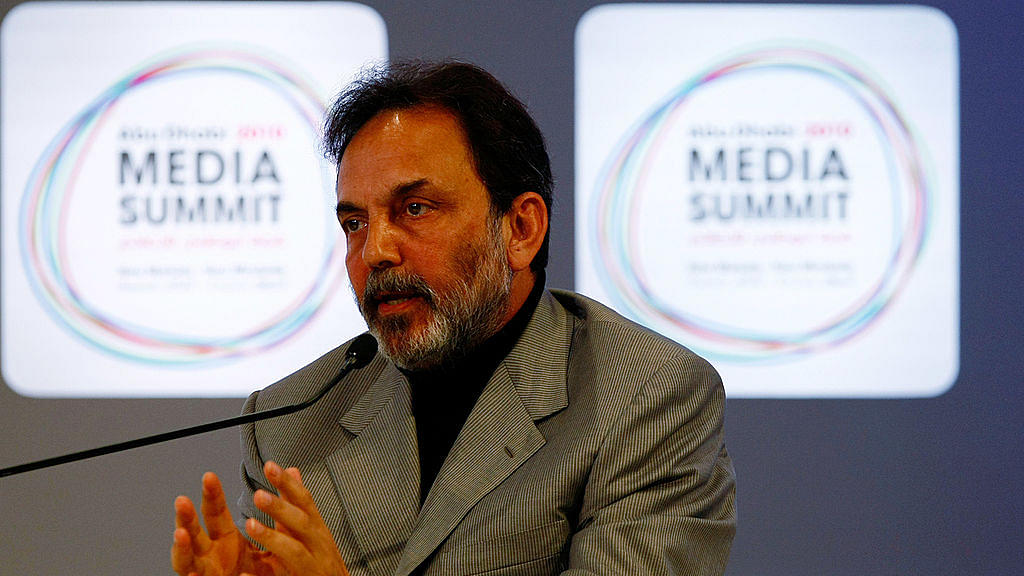 Last week, some elderly gentlemen and a few journos still at their career peaks gathered together at the Press Club to protest against the CBI raids on NTDV’s promoters. They emphasised that this was an assault on media freedom. The CBI claimed NDTV caused ICICI Bank a Rs 48 crore loss on a loan that was repaid at lower interest than what was originally agreed.

The case is unlikely to fly, unless the CBI procures more proof of actual wrongdoing. That may still happen, given the layers of shell companies used by NTDV’s promoters to access funds from abroad – not to speak of the company’s ability to find large domestic sources of funds whenever it got into a loan repayment pickle.

But this writer cannot see how a probe into alleged fraud by NDTV can be linked to unwarranted governmental pressure on media – unless direct evidence is produced to prove the same. Media is, after all, a business, and no business can claim immunity from investigations against alleged fraud. This claim of victimhood by NDTV is no different from a Lalu Prasad Yadav or Mamata Banerjee claiming the fodder and Sarada scams were intended to tarnish their political reputations. While there could be political motives behind these investigations, no one can claim immunity if there is underlying wrongdoing. If we accept this, it would be equally fair for a Narendra Modi to claim that all the investigations and allegations against him for the 2002 riots were political, and thus a conspiracy of the ruling powers of that time.

We can certainly believe that CBI may do what the powers-that-be want it to do, but those who are targeted should focus their efforts on showing their hands are clean – and not claim conspiracy. The fact (or claim) that some media groups are targeted for political reasons may or may not be true, but should the latter be using their media status to deflect the allegations or use the law to defend themselves?

The burden of their song was simple:

One, this government is trying to muzzle the media by either buying its silence through ads or by applying pressure. Media freedom is in danger.

Two, comparisons were made to Indira Gandhi’s emergency, with claims that we are as unfree under Modi as the media was under Indira’s censorship regime.

Three, this is the time for media to unite against a government keen to divide it.

Four, media must talk truth to power. Even as it is not exempt from the law, when the law goes against them, it must follow certain protocols.

The most over-the-top comments came from Shourie, who has turned a bitter foe of this government after widely expecting to be a part of it in 2014. The anti-Modi media, which never had any use for Shourie when his views were closer to that of the Sangh Parivar, suddenly took to him like a messiah from heaven.

Among the things Shourie said were the following (this summary of excerpts is from the NDTV site), with my comments in italics. (The full text of Shourie’s speech is here)

“I have a couplet for him (Modi): He who was occupying this throne before you. He also had a similar belief that he was God.”

Comment: Good to know that Manmohan Singh thought he was God.

“First they used incentives like ads, then a subterranean atmosphere of fear. Now, they are using a third instrument of overt pressure.”

Comment: How can this be proven unless there is a pattern to it? Is Shourie trying to say that NDTV, which has one of the lowest ratings among TV channels, is the whole of Indian media? Can he give other examples of media being targeted other than NDTV?

“They have made NDTV an example of that. This will intensify in the coming months because of the nature of the regime – its genes are totalitarian.”

Comment: Let’s assume this is true, given the hold Modi has on his party and government. But which party or state is not run by one family, one party, one person? Does anyone other than Mamata Banerjee matter in West Bengal? Or Arvind Kejriwal in Delhi? Or Chandrababu Naidu in Andhra? Or K Chandrashekhar Rao in Telangana? Or Navin Patnaik in Odisha? Is any political party in India run along purely democratic lines, without one man, one woman or one family running it like a personal fief? The BJP under Modi, at worst, may have fallen in line with the Indian preference for strong leaders running parties and governments. It is not the exception.

Comment: The facts tell another story. From award wapsi to church attacks to the negative impact of demonetisation to cow vigilantism and the Kashmir policy, there is no aspect of this government’s functioning that has not been criticised or blasted by the media. NDTV wasn’t the only one at the forefront of this fight. And even when the media does not take up an issue, social media and bloggers hold another mirror to governments, not to speak of the opposition.

There has never been a time when Indian media has been freer, for it is no longer possible to bottle things up by talking to a few editors, or print media proprietors – which is the world in which the Duas, Nihal Singhs and Kuldip Nayars lived.

Talking truth to power is now a bigger reality than ever before not only because of the critical stories done by NDTV or other TV channels that have been critical of the Modi government, but also because social media now talks to power even in the media.

Talking truth to power needs you to identify all kinds of power. These could be the Modi government at the centre, or state governments and politicians, or parts of the judiciary, or big business houses that wield money power, or even the mainstream media establishment which believes it has a monopoly of the truth.

You have to talk truth to all power centres, but which part of NDTV or mainstream media has really held the mirror to a Mamata Banerjee, or a Nitish Kumar, or a Pinarayi Vijayan, whose cadres are involved in murderous campaigns against the RSS in Kannur?

Which part of media has talked back to big business, which holds important stakes in high-cost mainstream media, including NDTV, which got bailed out by non-descript companies with links to Reliance? Or India Today, which has Birla investments? Or the 30 per cent of regional media that is indirectly owned by politicians or people linked to politicians?

It may be fair to say that all media vehicles have their own biases; but truth is the result of one person’s bias cancelling out another’s, never the result of one media house being totally unbiased. If one channel takes, say, a BJP line, another takes a Congress line, and a third back that of a regional party, we will get somewhere near the truth. The anti-BJP media will play one aspect of the truth, while another medium will do the opposite. It is from the collective biases of multiple media that we arrive at an approximation of the truth overall.

Shourie’s last line is something he should question himself. He said: “We have only three protections: our solidarity, the court, the protection of our own readers and viewers.”

He should ask himself: why is solidarity absent? Is it because other media houses do not want freedom, or because the mainstream media has been elitist, and unmindful of the realities under which regional and digital media function? When members of the mainstream themselves are not clear that NDTV did no wrong, as Malini Parthasarathy of The Hindu tweeted, for which she was blocked by Prannoy Roy, where is this unity going to come from? “Media houses should be as transparently open to public scrutiny as any other business in order to retain credibility and public trust,” Malini Parthasarathy tweeted the other day.

And the last point – seeking the protection of our own readers and viewers – is the most laughable. If other media houses are gaining at the cost of NDTV or some print media, it is precisely because they are catering to viewer needs more than those who are losing out. It is a free market out there, not captive viewership. You don’t have to be an admirer of the shouting matches on prime time TV to know that people wouldn’t watch them if they were not delivering something to viewers. Do people believe that more truth emerges from these painful slanging matches than from sedate discussions on other channels which don’t seem to go beyond the politically correct?

Shourie may find that the reason why readers and viewers are not standing by the NDTVs may be a simple one: it has stopped respecting them as intelligent human beings who can make up their own minds from pieces of evidence they gather every day.

In the US, Fox News started out thinking it was serving a small untenanted niche among viewers. It won big because it discovered that this niche was half of America. Today’s Indian prime time winners are doing well precisely because they are discovering that the niche left open by NDTV and other mainstream media is wide enough for an army of elephants to go through.

Readers and viewers in the digital world find truth in places other than mainstream media too. This is why they care little about what happens to NDTV.

NDTV should focus on proving its case in the legal domain. It will be vindicated, and gain credibility, by doing this. It will lose credibility by using the figleaf of media freedom.

(The best stories on the NDTV case are from The Hoot – here, here and here - and Caravan – here.)