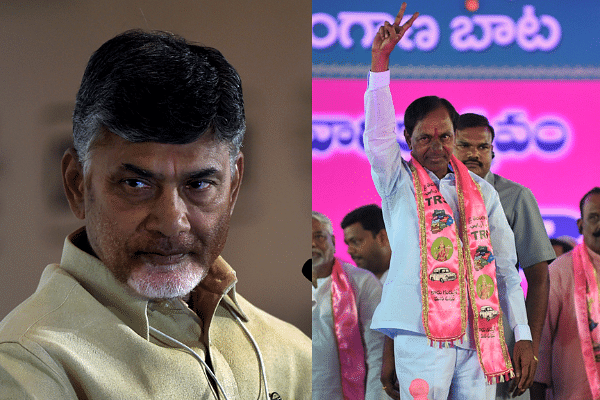 The latest Ease of Doing Business (EoDB) rankings brought out by the Department of Industrial Policy and Promotion (DIPP), in collaboration with the World Bank, reveal trends slightly different from the last round.

In the last round, it was – and unexpectedly so – Chhattisgarh, Madhya Pradesh and West Bengal taking the lead in improving delivery of regulatory processes – which is what this annual exercise seeks to measure. The top three this time are Andhra Pradesh, Telangana and Haryana.

What has changed within a few months, and why is there another release of EoDB rankings so soon, especially when the last rankings were released just four months ago? The reason is this: the last two rankings were based only on the reported regulatory reforms by states, on various parameters. It was a live score on the website of the government, which got automatically updated as states made changes in their regulatory processes.

This time’s ranking, by including a qualitatively different factor – feedback from industry – is thus different in substance from last year’s ranking in terms of containing solid evidence of the reforms working on ground. Including this crucial element, namely feedback, had been on the cards for sometime, considering that ease of business has to be experienced by those doing business. In other words, how the industry perceives the reforms carried out by the state, and whether they have indeed meaningfully eased the process of doing business is the parameter now being discussed.

Thus, the current assessment under the Business Reform Action Plan 2017 (BRAP) is based on a combined score, consisting of a) the ‘reform evidence’ score, based on evidences uploaded by the states and Union Territories, and b) ‘feedback’ score, from feedback gathered from the actual users of the services provided to the businesses.

The reforms pertain to easing regulations and systems in areas such as a single window system, online application submission, payments, tracking status, approvals and issuance of certificates, publishing information on websites about details of infrastructure such as roads, water, and electricity supply; proximity to national and state highways, railway lines, and other measures of transparency. The EoDB plan has now expanded from 285 to 372 action points.

Andhra Pradesh As An Example
In 2016 too, Andhra Pradesh (AP) and Telangana emerged as states that were the easiest to do business in. While they had slipped to ranks eight and nine in the last assessment, with the industry feedback parameter included, they have regained their ground.

This time, Andhra Pradesh’s top rank should hardly come as a surprise to anyone. The efforts on its part to attract and keep industry in good humour have been evident, and the fervour that builds up every year around the Confederation of Indian Industry (CII) Partnership Summit time is testimony to this fact. For the third year in a row, this summit was hosted by the state in February 2018.

The CII’s Partnership Summits began in 1995 and have been held each year ever since, in partnership with the DIPP and one host state government. It is the DIPP, incidentally, that brings out the EoDB rankings. Now, this summit is amongst the important international business events in the country – an ideal ground for business networking – and has delegates and participants from countries such as Canada, UK, USA, Sri Lanka, Malaysia, South Africa and Australia, among others. Bureaucrats, ministers, and thought-leaders participate in discussions to help build competitiveness.

As the table below shows, Andhra Pradesh has been bagging the hosting part, which does seem to be a pointer of sorts.

A CII blog talks about AP as having been one of the foremost states to have developed sector-specific policies. Forming industrial clusters and developing infrastructure such as biotech parks, textile parks and hardware parks has been the state’s key strategy to attract investments in major sectors such as pharmaceuticals, biotechnology, information technology and information technology-enabled services, mines and minerals, textiles, leather and tourism.

Importantly, it also mentions the summit’s role: “Along with highlighting investment opportunities in India, the summit will showcase the host state of Andhra Pradesh, highlighting its investment opportunities.” Thus, Andhra Pradesh has been the pampered one for three years now. This was especially important this time, given that the differentiating factor was feedback from the industry.

The close interaction with industry has helped Chief Minister Chandrababu Naidu get a finger on its pulse. Hence, he understands its requirements and is leaving no stone unturned to make doing business easy.

To give him credit where it is due, Naidu has been known since the nineties, to be an ideas- and innovations-driven leader, with a way with industry. Then, he had successfully weaned away the IT industry from its established base in Bengaluru; his marketing efforts had led the world’s top companies into competing to set up shop in Hyderabad.

At this point, politically, it is all the more important for Naidu to pull out all stops to prove his efficacy as a leader who delivers on growth and development. Concerted reforms are a means to that, as well as proactive lobbying: Times of India reported last week that Naidu said his Singapore tour had helped bring in investment in a big way. He said that the state government had entered into 2,730 Memoranda of Understanding (MoU) during three partnership summits to attract Rs 1,604,650 crore in investments.

Nearly the same can be said of Telangana and its Industry Minister K T Rama Rao, son of Chief Minister K Chandrashekara Rao, whose keenness to bring home the development level in Singapore, is driven in no less measure by competition with neighbour AP, resulting in the aggression to push with the required reforms. And this zeal is taking effect on the ground, as evidence in the case of furniture major Ikea, which chose Hyderabad for its first store in India.

It is an indubitable fact that savvy, tech-savvy and aggressive leaders do count. And due to this, AP gets Numero Uno position, and Telangana, number two, with scores of 98.42 per cent and 98.33 per cent, respectively.

Haryana’s rise from rank 14 in 2015 to six in 2016 and three, currently, is worth a mention. The differentiating factor, again, has been the state’s own enterprise: the Enterprises Promotion Policy 2015, which is aligned with the Make in India, Digital India and Skilling India initiatives, has helped. Again, exemplary leadership vision makes all the difference.

Move over, Tamil Nadu and Maharashtra

Tamil Nadu, meanwhile, known for long as a favourite investment destination, seems to be losing its sheen. Though it claims 90 per cent reforms, with evidence in its regulatory process as per the EoDB, investors seem no longer interested, with investor feedback giving it a mere 43.9 per cent score. Its overall rank is 15. A website had carried out a detailed analysis of the reasons why Tamil Naidu was no longer attractive to industry, and listed out delays in clearing proposals, political instability and adverse perceptions related to acquiring approvals, land and corruption. Its neighbour-states, meanwhile, were aggressively offering investors sops, land and most importantly, speed.

Ditto for Maharashtra. It is among achievers in the total score, and reforms evidence is at 92.71 per cent. However, on feedback from industry, it gets only 50.29 per cent. Twelve states beat Maharashtra with a friendlier perception among industry. Maharashtra has been among the top investment destinations in the country, but it needs to pull up its socks and update its processes to suit the changing times. Past reform momentum and other infrastructural, locational and other advantages can certainly not be discounted, but beyond a point, the efforts – and perceived efforts – will begin to matter too.

While the top achievers seem relatively sorted out, real work needs to be done with the achievers and fast movers who are working hard on reforms, as their reforms evidence score bears out, but industry does not perceive them the same way.

Assam and Bihar would need particular handholding in this area, with feedback scores in the range of 16-17 per cent, despite reforms evidence at around 90 per cent. Here, Assam does need ‘outstanding achievement’ mention – its score in 2016 was 14.29, based on reforms evidence, which now has improved to 92.41. Another such state is Goa, which had worked to improve its score to 61.5 per cent (2017) from 18.15 per cent (2016). Industry, however, gives it only 14.12. This means the states are working on improvement – and so they must be given a helping hand.

The same, unfortunately, cannot be said of some others, including Delhi, whose scores have neither improved much, nor is the feedback from industry great. Delhi has remained with reforms evidence in the 30 per cent range, and investors’ feedback score at a low of 6.4 per cent. Delhi still commands investment, being the capital city, but it would do well to make its efforts too, and keep industry happy.

West Bengal had improved from rank 15 to 3, as per the last EoDB scores, but with feedback added, its position has slipped to 10. Jharkhand, interestingly, retains its rank with the feedback added, as industry feedback gave it a high of 81.67 per cent.

A Helping Hand For Aspirants, Please…

We mentioned in our last article on EoDB, that these states need to be treated differently – the northeastern states, Daman and Diu, Puducherry, Lakshwadeep and Andamans. Given that they don’t have strengths in manufacturing, they score poorly on EoDB, which may serve to drive away interested investors. The government must handhold them through reforms, and also bring out their inherent strengths which lie in their cottage industries and tourism potential. Work will need to begin from scratch, given the near-complete lack of history here.

To the credit of the central government, efforts are on to boost industrialisation especially in the northeastern states, through efforts such as the North East Industrial Development Scheme (NEIDS), 2017. However, industry bodies such as CII, Associated Chambers of Commerce and Industry (ASSOCHAM) and Federation of Indian Chambers of Commerce and Industry (FICCI) need to be involved as partners in this. Their assistance can play a vital role in the uplift of the region. Industrial reforms and regulatory reforms will need to go hand-in-hand here, to make up on the time lost.

Finally, none of the states can afford to be complacent on any count. Law and order has been a concern in some of the top ranking states. For instance, land issues, labour and taxation – all will go to count in the final analysis. Competitive federalism also means constant improvement, especially when you’re fighting for the big prize of industrial investments.