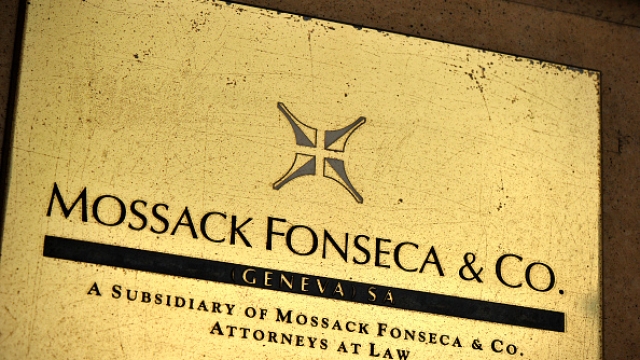 The publication this week of the Panama Papers, a deep probe into the kind of people with companies incorporated in that tax haven, could, in retrospect, be seen as a turning point in the global fight against tainted money and/or money fleeing taxation in home countries.

Tax avoidance - if not evasion - is big business the world over. Countries want big taxpayers within their jurisdiction, while the latter like to shop around for low-tax places to keep more of it back. The reason why Vodafone bought Hutchison’s India assets through an offshore deal from British Virgin Islands, a tax haven, was primarily to avoid Indian taxes. Ditto for Pfizer, which proposed a merger with Ireland-based Allergan so that it could lower its effective tax rate from around 25 percent payable to Uncle Sam to around 17-18 percent in lower-tax Ireland. With the US tightening the screws on such “inversions”, Pfizer has now called off the Allergan deal. Other “inversion” deals involving Johnson Controls and some other US companies, could also be reworked if Uncle Sam piles on the pressure.

Even though the Pfizer-Allergan deal had nothing to do with the disclosure of the Panama Papers, the common link is the corporate quest for lower taxes. Wealthy individuals and crooks also seek lower tax (or zero-tax) havens to pay less or evade income disclosures altogether.

The Panama Papers, which have already brought down the Prime Minister of Iceland, and embarrassed UK Prime Minister David Cameron (his father seemed to have some Panamanian connection) will also impact Indian crony and corrupt businessmen’s love of tax havens. As the world wises up to tax havens, few places will be safe for concealment.

The India link in the Panama Papers, as published by the Indian Express, has over 500 names, including Amitabh Bachchan, Aishwarya Rai, Vinod Adani, DLF’s KP Singh, and Sameer Gehlaut of Indiabulls, among others. The mere publication of these names does not imply anything illegal or crooked, as even the RBI Governor pointed out two days ago. But it does constitute a strong message of sorts to all present and future seekers of tax havens that the space for tax avoidance is narrowing.

The fight against tax havens began when the strongest economic power of them all - the US - went after Swiss banks in order to collect tax revenues it thought were due to it. After this continental Europe got into the act, with UK and Germany seeking deals with the Swiss on disclosure or tax deduction at a certain rate.

In India’s case, the Swiss bank route has been losing lustre, as there is now a very good chance that the US or European governments will get hold of their data, if not the Indian government itself. That India was less than enthusiastic under the UPA about this help from Europe was obvious when, despite disclosures of names with Liechstenstein banks and HSBC (Switzerland), no progress was made till the Supreme Court got into the act and the Modi government came to power in May 2014. Indian accounts with Swiss banks are now well under $2 billion, and most of it could be legitimate.

The crackdown on Swiss secrecy must have led Indian tax avoiders to other havens like Panama, Cayman Islands, Bahamas, Isle of Man, British Virgin Islands - not to speak of Mauritius. The leakage of information from Panama suggests that no place may be safe anymore. The Panama law firm, Mossack Fonseca, from whom a cache of 11 million documents was leaked (he says he was hacked) is another warning signal to tax avoiders. It is only a matter of time before the other havens start leaking information on their clients, as the market for this information now seems bigger than the market for secrecy. Governments are willing to pay for leaks and provide immunity to hackers and leakers.

India should make use of this global crackdown on tax-avoided wealth to get its own act together. Here are some points worth considering from an Indian tax compliance point of view.

First, anyone with operations in recognised tax havens can be considered prima facie suspect on tax matters. Firms operating from these havens should be taxed at the highest rates, and no remittances (direct or indirect) should be permitted to these havens. Transfer pricing rules can be more stringent for these jurisdictions, even if they are mere pass-through destinations.

Second, double tax avoidance agreements should now be reworked to provide for an additional tax of 50 percent of the tax rate differential between India and low-tax jurisdictions like Ireland or even a Mauritius. The US effectively forced Pfizer from becoming an Irish company by rewriting its tax laws on “inversions”. India needs its own anti-inversion laws.

There is no chance that even this will prevent tax avoidance behaviour among corporations or high-net-worth
Individuals, and the only ultimate remedy is for global tax rates to converge around a mean. But consensus on this is some time away. In the meantime, India has to protect its tax revenues through bilateral deals.

What was wrong about the Vodafone case was the retrospective nature of the tax. What is certain is Vodafone’s intention to avoid Indian taxes. This is what needs to be fought.