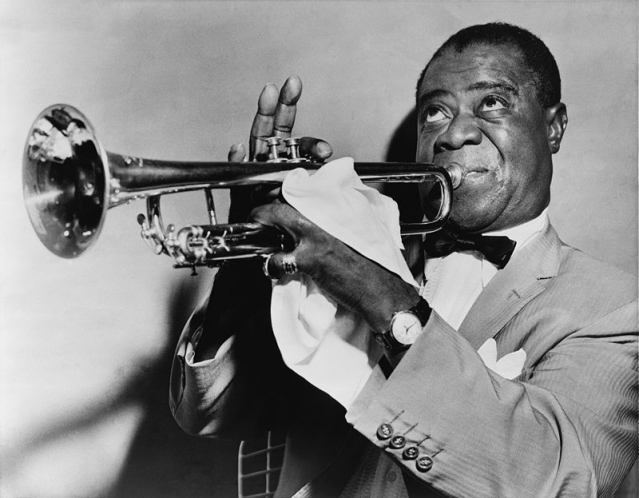 Listen, learn and adapt to being outside your comfort zone. These were key lessons I learned over two seasons as a sit-in guitar player for one of the US top high school jazz bands.

I just finished my second season performing in the high school jazz band as the guitar player. The band is one of the United States’ finest high school bands and when the band director asked if I would sit in, it was an honour that I could not pass up.

Over the past two seasons, I sat in on over a dozen performances, including some special performances in February this year in New York City at Carnegie Hall and the Jazz Standard. (What was really special for me was that my daughter was in the band as well, playing upright bass in one of the tightest rhythm sections I have heard. How cool is that?)

As I came to the end of the season, I reflected on some important leadership principles that were reinforced to me during this experience. It was an up close and intimate view into how a high-performing, self-directed group of talented millennials—future leaders of the world—worked. Here are five lessons I learned:

–   Learn the language: This is the first and foremost lesson for a new team member, regardless of title, experience, or qualification. In every high performing group, there is an invisible bond that ties members together, and the bond is codified in a special language that the group develops to communicate within itself. A new member has to pick up on this language quickly if he or she wants to fit in. In my high school jazz band, kids would refer to things as “sick”, “bad”, or “nasty” —I learned that these were the highest forms of praise they would shower on somebody’s performance, as in “that was a sick solo”   meant it was a great solo.

–   Be a team player: Now this one sounds like a cliché, but it is not. In the world of business, being a team player is often at odds with being a leader, where everyone is essentially jockeying for more visibility, power and influence. In my situation, being a team player essentially meant fitting in i.e. not only playing my part properly, but more importantly, not getting in the way of the performance itself. While jazz is all about improvisation, there is a structure that everyone needs to follow, and the structure is printed in the music charts—the “ink” —that I had to follow.

–   Walk the talk: You have to pull your weight—it’s the only way you can be accepted and you will be successful. In my case, I knew that the kids would not openly criticize my playing but the band director would take me out of the ensemble if I wasn’t holding up my end. This meant that I had to a) learn the charts, and b) show up for practice. For someone who wasn’t familiar with many of the big band swing tunes, I had to not only listen to them but I had to understand the specific version being performed, learn my specific part and play it.  I also had to show up for practice at least once a week during the after school hours for rehearsals. It’s no different in the corporate world—leadership is all about showing up and being accountable for what you have to deliver.

–   Listen learn, and step outside your comfort zone: Playing in an ensemble is all about listening to what others around you are playing and adapting constantly. During one of the performances, the conductor pointed to me and indicated he wanted me to take a solo, and I just had to stand up and do it as best as I could, because not doing so would have let the whole band down. A day before our last show of the season, I was notified that the band would be playing a new tune-one I had not heard before. There was no time to practice it with the ensemble, so I just learned the chart on my own, went in, and played the ink. Leaders are called upon to do things with little or no practice in the real world, and they have to adapt and play their part. Coming from a blues/ rock background, as a guitar player, jazz was outside my comfort zone and it was a true test of adaptability for me. Yet, how different is it from corporate executives who are rotated across functions?

–   Inspire others: Finally, what does a dad have to offer to a group of talented millennials who are smarter and more competent at music in every way? The answer was provided by the band director, a wise man and a fine music educator. At our final rehearsal, he pointed to me and told the kids this: Strive to learn constantly and seize opportunities. And even if you don’t pursue music as a career, know that the music will always be with you. Just look at Mr. P and you will understand.

It was one of the proudest moments of my life.