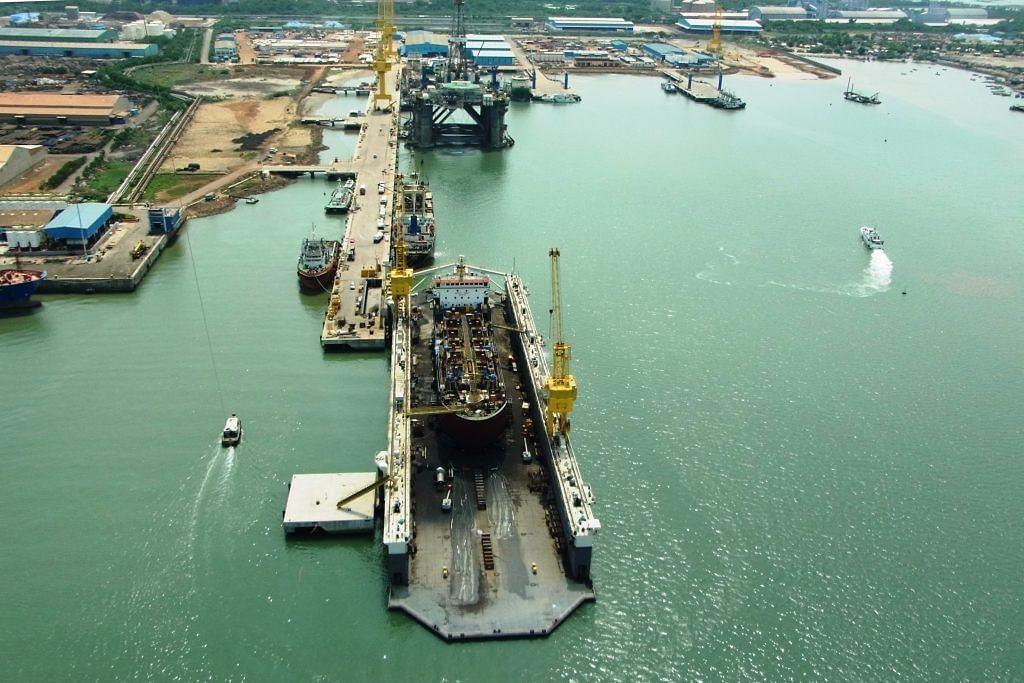 Exports of rice, particularly non-basmati, have been a hallmark of Indian agricultural shipments during the current fiscal, particularly with India holding ample stocks of the cereals.

A feature of rice exports this fiscal year has been that China, the world’s largest rice producer, and Vietnam, world’s third-largest exporter of the foodgrain, bought from India after decades.

However, exports seemed to have run into logistical hurdles, forcing the Narendra Modi government to look at various options, especially for despatch by ships.

As part of this, the Commerce Ministry and Agriculture and Processed Food Products Export Development Authority (APEDA), which registers and supervises rice exports, have convinced the Andhra Pradesh government to let shippers use the Kakinada deep-water port.

The use of the Kakinada deep-water port, which had been under the control of the Andhra Pradesh Maritime Board, will help double shipments of the cereals.

Via an order issued on 3 February, Andhra Pradesh permitted the APEDA to use the Kakinada deep-water port for rice exports. This, it said, would help clear congestion at the Kakinada anchorage port.

However, the use of the deep-water port to help export rice consignments is temporary as the anchorage port is being developed to handle higher traffic.

“It was taking 30 days to load rice to destination ports. The use of deep-water port will help the loading to be done in 20 days,” said The Rice Exporters Association President BV Krishna Rao.

According to Pawan Agarwal, Special Secretary, Logistics, Ministry of Commerce and Industry, the decision to use the Kakinada deep-water port follows his visit to the Kakinada port last month.

During the visit, he found a large number of ships berthed in deep sea water waiting for rice to be loaded at the anchorage port.

Talks were then initiated with the Andhra Pradesh government, which allowed the use of the deep sea water port.

At least three lakh tonnes of rice are shipped out of the Kakinada anchorage port every month.

About 20 vessels come calling at the port but it is able to accommodate only seven vessels, forcing the rest to wait in the deep waters, Rao said.

The Kakinada deep-water port, which is alongside the anchorage port, idles most of the time but the port workers did not allow the facilities to be put to use.

“It cannot be a reason to deny export of rice through an idling port because a few people do not want the deep-water port to be used. The logistics secretary was able to convince the State government to make use of the idling facilities,” Rao said.

The use of the Kakinada deep-water port will now help over six lakh tonnes of rice to be shipped out every month, double the previous level.

The port has been facing congestion problems, particularly in shipping rice, as more countries turned to India for fulfilling their needs.

This crop year, too, rice production is estimated to be a record 102.36 million tonnes during the kharif season that ended in October compared with 101.98 million tonnes the previous year.

This helped China and Vietnam to turn to India for their needs. Both the countries sought Indian rice since its offer prices have been at least $100 (Rs 7,275) a tonne lower than offers from other countries.

China is buying a significant quantity of rice from India every month, while Vietnam has bought over 60,000 tonnes.

However, both have opted to import 100 per cent broken rice from India, which is far lower than the other grades of rice.

The lower-priced rice can be used by both the nations for making porridge or noodles. China could even replace rice for corn as feed for poultry animals.

“Indian rice exports to China and Vietnam continue as we are quoting the foodgrain cheaper by at least $100 a tonne to our nearest competitor Thailand,” The Rice Exporters President said.

Supply in the global rice market was hit as Thailand, the world’s second-largest exporter, went through a prolonged dry period and drought.

According to the US Department of Agriculture, Thailand’s rice exports dropped 25 per cent last year to 5.7 million tonnes compared with 2019. This is a record low for the South-East Asian nation.

Though winter rice plantings in Thailand are higher, production will likely be lower due to water shortage as reservoirs are still running with low storage levels. At least 70 per cent of the area under rice is irrigated.

On the other hand, floods hit Vietnam rice production.

During the August 2020-July 2021 marketing year, the USDA has pegged India’s rice exports at 16.50 million tonnes, including basmati.

According to APEDA, non-basmati rice exports more than doubled to 8.22 million tonnes during April-December this fiscal compared with 3.59 million tonnes a year ago.

The USDA projected a rise in Thailand rice exports to seven million tonnes this year against the five-year average of nine million tonnes due to slow economic recovery.

With India shipping out one lakh tonnes of rice every month, it is expected to continue its dominance in the export market in 2021 too.

“This year also, we are expected to perform well with regard to the rice exports. Close to one million tonnes are being shipped out of the country every month,” The Rice Exporters Association’s Rao said.

India is projected to have shipped out 12 million tonnes of non-basmati rice in the last calendar year, particularly with shipments zooming during the October-December quarter.

With Thailand’s production woes expected to continue, India could continue to make headway in the export market.

That way, the Andhra Pradesh government allowing the use of the Kakinada deep-water port will be handy for rice exporters, who will also stand to save the demurrage charges they pay for the waiting ships.

“No ship will be kept waiting in the deep waters with the opening up of the deep-water port. We need not pay demurrages to foreign countries in view of this,” Rao said.

The use of the deep-water port will now help rice exporters to ship in bulk and jumbo bags.

“In fact, shipment to any destination will be much easier now since we can load in jumbo bags . Even packing can be done based on the order,” Rao said.

The Union Government is prepared to look into all such bottlenecks affecting shipments of various products and goods.

Logistics secretary Agarwal said: “We will definitely look into the bottlenecks and see what can be done if the government’s notice is drawn to the problems.”