State Of The States 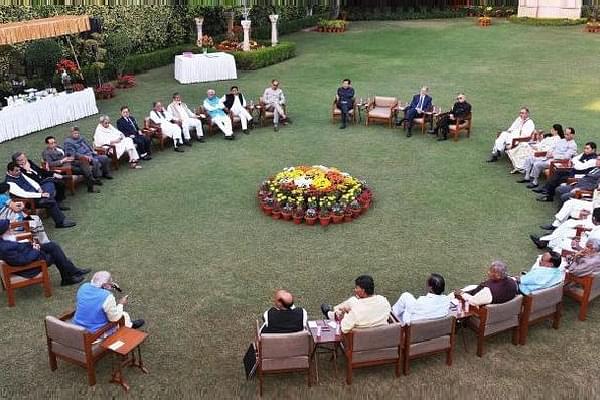 The World Bank report on ‘ease of doing business’ is more about assessing and helping states improve their performance, and less about competitive ranking

“Assessment of State Implementation of Business Reforms” is the title of a Report published in September 2015.  It is in the public domain and is on the Department of Industrial Promotion & Policy (DIPP)  website. Though it is a DIPP initiative, it doesn’t directly feature in the list of names signing off on the Report, except indirectly through the “Make in India” campaign.

Instead, there are names of World Bank, KPMG, CII and FICCI.  As soon as this Report was published, there was reportage in media and assorted people started to comment, without necessarily having read the Report and familiarized themselves with its methodology.  That’s normal, though inexplicable, since the Report has been in the public domain.

Typically, any report card assesses some aspects and not others.  A critique should reflect some understanding of what is being measured, so that one doesn’t mistake fish for fowl. Here are two strands as background.

First, there is a World Bank tradition of ranking countries through doing business indicators, in existence for 12 years. Everyone knows India doesn’t do particularly well in such cross-country rankings. For instance, in the 2015 Report, India ranks 142nd out of 189 countries.

In the current World Bank methodology, this ranking is based on 10 indicators – (1) starting a business; (2) dealing with construction permits; (3) getting electricity; (4) registering property; (5) getting credit; (6) protecting minority investors; (7) paying taxes; (8) trading across borders; (9) enforcing contracts; and (10) resolving insolvency.

Requisite information is partly quantitative data, partly responses to survey questions.  For India, these surveys are administered in Delhi and Mumbai.  It is no one’s case that this World Bank methodology is perfect. (Indeed, it has its critics.)

Investments and doing business are complex phenomena.  Quantifying and measuring them are fraught with problems. But does that World Bank exercise capture something?  It does and I personally think it is more useful for bench-marking and gauging a country’s improvements over time, rather than as a yardstick for inter-country comparisons.

These points are equally valid for the recent DIPP-driven study.  The government has an avowed intention of improving India’s performance in these World Bank rankings.  That intention shouldn’t be misunderstood. It isn’t an intention to improve the rankings per se.  It is more of an intention to undertake reforms, so that the rankings improve in the process, say in 2016.  (If in 2016, World Bank extends its survey to respondents outside Delhi and Mumbai, that’s a separate angle.)

The second strand is about Make in India and “reforms”.  Under the Seventh Schedule, most reforms, especially when they concern factor markets, are State subjects.  Make in India doesn’t happen in Delhi, it occurs in States.

Around 95% of India’s national income originates in States.  Therefore, is it possible to measure how States are doing and use inter-State rankings and consequent competitive pressures to trigger responses?  “How States are doing” is an expression that needs to be pinned down and made precise.  Since 2014, 285 questions have been floating around, capturing the business environment a State government provides.

In December 2014, State governments were consulted and these 285 questions reduced to 98 responses. These were meant to be yes/no binary responses, though some States did respond “not applicable”.  Let’s take an example, say NOC (no objection certificate) required for the storm water and drainage department before you undertake construction.

Hence, a question or response – is the approval certificate issued in an online format which is downloadable and verifiable? This is what I meant by binary. To have some comparability with the original World Bank methodology, these responses were then clustered under eight heads – (1) setting up a business; (2) allotment of land and obtaining construction permit; (3) complying with environment procedures; (4) complying with labour regulations; (5) obtaining infrastructure related utilities; (6) registering and complying with tax procedures; (7) carrying out inspections; and (8) enforcing contracts.

One doesn’t get a complete picture of a State’s business environment until enterprises and their representatives have responded.  However, that requires a survey and surveys take time and money. By the time the 2016 DIPP Report comes around, there will be such a survey to support, or negate, what State governments have said.  That survey will be done by NITI, in cooperation with DIPP.  But this criticism doesn’t mean that what DIPP has currently down is useless.

DIPP has followed the simple approach of equal weights.  There is not much to say on the rankings, they have been widely reported in the media.  In this entire exercise, DIPP had a time-line for compliance, with the last deadline being June 2015.

As each deadline approached, State after State sought to comply (that information isn’t there in the Report), vindicating the proposition that competitive pressures made States “reform”.  In the final rankings, there are surprises.  Unless you were extremely well-informed, would you have expected Jharkhand to do so well and Chandigarh to do so badly?

However, I think it is important to get away from this obsession with rankings.  Instead, one should read the Report for the interesting case studies it has on best practices.  The idea isn’t that this State does better than that.  The idea is that all States improve.