TCS May Be Valued More Than IBM, But As Tata Sons’ Cash Cow, It Can Do Little More Than Lick Its Lips 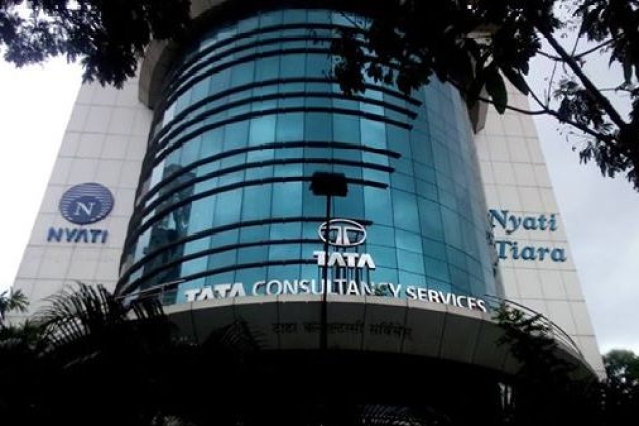 A few days ago, some pink newspapers breathlessly reported that Tata Consultancy Services (TCS), the most profitable Tata company ever, had crossed IBM in terms of market valuation. At mid-morning prices on Thursday (13 June), the TCS scrip had a total market capitalisation of Rs 855,918 crore, or $123 billion. IBM, at its last quoted price, was worth around $119 billion.

A day later, another newspaper reported that TCS may be closing in on Adobe Systems, which had a valuation of $135 billion.

The problem with such fantasy number-crunching is that, at least in the case of TCS, it is sour grapes more than reality. For most companies, market valuation is important for it is nearly as good as currency. When your company carries a certain value, it can be used for borrowing more, or buying other companies through share swaps. Thus, the higher the market cap, the higher your ability to grow through acquisitions.

Unfortunately, in the case of TCS, despite its high valuations, it can do little more than window-shopping – unless the target company is small enough to be digested with current cash flows.

In theory, the TCS valuation should enable it to acquire a 51 per cent stake in IBM through a share swap, but in practice, given the reality that its owner is Tata Sons, it can’t do any such thing. Tata Sons is the majority stakeholder in TCS, and most of the latter’s market power and cash earnings are used to bail out other struggling companies in the Tata group, or pay their debts (eg: Tata Teleservices).

A year-and-a-half ago, Tata Sons changed it character from a public limited company to private, where the Tatas could hold sway despite having a large minority shareholder in the Pallonji Mistry Group with shareholding of 18.4 per cent. The intention of taking Tata Sons private was possibly driven by the need to circumscribe the Mistry group. The Tatas fell out with the Mistrys after Cyrus Mistry was ousted by Ratan Tata as chairman of Tata Sons in October 2017.

Since Tata Sons owns 72 per cent of TCS, by implication the Mistry group’s indirect ownership of TCS is around 13-and-odd per cent, which translates to a value of $16-and-odd billion. This cannot but be a bee in the Tata bonnet.

It is the huge ability of TCS to generate dividends and buybacks that makes Tata Sons so central to the group’s identity. The same fact effectively constrains the ability of TCS to make larger acquisitions since it is the group’s cash cow. Instead of aiming for the Top 5 in global tech, TCS has now to be content with buying smaller companies rather than some of the bigger players.

Last year, TCS gave Tata Sons dividends equal to Rs 1,100 crore. A share buyback announced by the company – probably with Tata Sons’ cash requirements in mind – would have yielded another Rs 11,000-and-odd crore, enabling the promoter entity to retire its own debts and those of its floundering companies. More recently, many insurance companies, including the Life Insurance Corporation, demanded a buyback of the Tata Sons bonds they had invested in because insurers cannot invest in private companies.

It is TCS’ bad luck that it is being held back by its role as group financier from seeking an even bigger role in global tech.

The excitement over crossing IBM’s market value is a good time for the Tatas to ask themselves a more basic question: should TCS be seeking to soar higher in its own area of competence, or should it be forced to sacrifice its own growth potential by tossing lifelines to failing group companies? The basic rule in business is to cut your losers and feed your winners. Right now, the group is doing the opposite: milking its winners, and feeding it losers.

The Tatas would have a more profitable group if they thought less like a group and more like a conglomerate where one company does not have to bail out another.

Ratan Tata may find that the sum of the parts – individual companies maximising their own return on capital – may be greater than the whole at some point if TCS is left free to fly.