What The TCS Buyback Says About India’s IT Sector 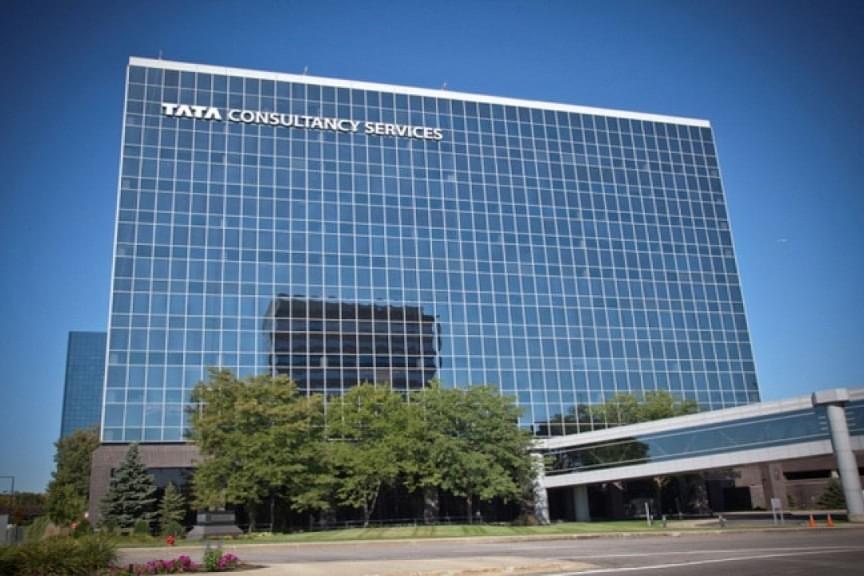 The biggest IT firm of the country, Tata Consultancy Services Ltd (TCS), is poised to reward its shareholders again. This comes after a buyback last year, a 1:1 bonus share issue in May this year and a final dividend of Rs 29 a share for 2017-18.

The official word was out on 12 June that the board of TCS on 15 June would decide on a fresh share buyback proposal. Indeed, the cash-rich company took the decision to buy back a sizable 7.62 crore shares, representing 1.99 per cent of the paid up equity capital at Rs 2,100 a share.

After the announcement last Friday, the stock price reacted positively and the market researchers put out notes welcoming the IT leader’s move. In 2017, Infosys and Wipro had run their capital repurchase programmes.

“It’s a clear trend now. IT majors have been going in for greater rewards packages for the shareholders including the promoters in the last few years,” Ajay Jaiswal, president – research and strategies of Stewart & Mackertich told Swarajya.

JP Morgan Asia Pacific Equity Research team in a note on 16 June said: “The buyback is generous on quantum and the price, at a 14 per cent premium to today’s closing stock price” it noted.

“TCS’s buyback is in accordance with its capital return policy,” it added. TCS has been returning 80-100 per cent of its cash flows to investors. Other analysts could not agree more.

Rajesh Agarwal, Head of Research at AUM Capital said that the payout in the past couple of years had been steady.

Even though the TCS action had, JP Morgan team estimated, less than 0.5 per cent impact on its FY19 expected earnings, it was “pleased” with the Indian IT company’s consistent track record of payouts.

“Such a consistent policy (of the management) favourably impacts valuations or price earnings (P/E) through better return on equity (ROE) and capital return yields - just a one-shot buyback may not do much for P/E or sentiment”, JP Morgan team felt.

It said that the overseas institutional investors should look at this in terms of combination of capital return yield and absolute return through buybacks and dividends, together with ROE improvement, rather than earnings per share (EPS) accretion.

“Treat buybacks essentially as dividends (tax-free for long-term shareholders). As capital return (buybacks + dividends) yield, averaged across a cycle, hits an attractive threshold of say, 3.5-4 per cent, companies start to get the attention of a wider investor class than just growth or defensive-oriented investors”, JP Morgan analyst thought.

The buyback, through the tender offer route using the stock exchange mechanism, would also need shareholders’ nod as the quantum exceeds 10 per cent of TCS’s net worth. This would allow Tata Sons to keep its stake more or less unchanged at current level of 71.9 per cent.

Reliance Securities Institutional Equity Research desk said the proposed buyback is an attractive proposition for retail investors holding below Rs 2 lakh shares because of the prevailing SEBI rules. TCS will have to reserve 15 per cent of the buyback size or around 11.4 million shares for individual retail investors. Assuming that entire community of tiny holders within the retail category tendered their shares in the buyback offer, the acceptance ratio would be at least around 69.4 per cent, Reliance Securities predicted.

The total approximate holding was 16.5 million shares, according to the TCS FY18 annual report. Assuming further that the similar count remained as on 19 June 2018, the acceptance ratio would increase individual investors who tender their shares will be able to earn more profits, ranging from Rs 18,400-21,900 (10-12 per cent) and the buying price is the current market price.

Reliance Securities calculated that owing to the share buyback (implying less than 55 per cent payout on FY19E earnings), likely double-digit USD revenue growth in FY19E, broad-based growth and visibility across several verticals, the stock will likely to continue to command a premium over peers.

“With digital business starting to contribute substantially, healthy segmental growth will also move the needle more meaningfully. Among negatives, we await better revenue traction in banking, financial services and insurance business. Nonetheless, we remain enthused with the IT major’s positive growth outlook and expectation of stable margin. However, given high valuation at >22x FY20E EPS, the stock may see sideways movement in the near-term”, Reliance Securities observed.

ICICI Direct Research analysts were of the opinion that the second TCS repurchase plan along dividend payout was broadly in line with the management’s intention of keeping the annual combined payout of at around 100 per cent. “It should also improve its return ratio by 400-500 basis points as buyback + dividend payout should utilise (around 50 per cent of its cash and investments). We also upgrade our EPS estimates by 3-5 per cent on account of revision in exchange rate at 67 for FY19E & FY20E”.

On 28 November 2016, Elliott Management Corporation, a 4 per cent US-based investor in Nasdaq-listed Cognizant Technology Solutions Corporation articulated the concerns of the global investors regarding the stock’s underperformance and expressed doubts about the business model followed by Indians-driven tech companies.

Its blunt demand for either capital return or growth investment using substantial cash reserves rang a warning bell for Cognizant’s peers in India too. Another US company Accenture, which has substantial back office presence in India, went aggressive in terms of returning cash as well as acquisitions.

The Indian multinational body-shops, which had significant foreign portfolio investments, faced the same challenges of industry’s paradigm shift in the last decade, Indian IT analysts maintained.

“The slow changeover in global client manufacturing industries or services industries to digital, cloud tech, artificial intelligence or adaptive technologies have forced the so-called Indian IT majors to transform their business model, change their strategies and operational metrics in the past few years”, said a top official of a India-listed company on condition of anonymity.

Though some acquisitions happened for a few companies, the bulging reserves or growth war chest more or less remained same in the IT sector in absence of right targets, said Jaiswal. The managements of the Indian companies also saw increased pressure from shareholders to take action.

High single digit growth of 8-9 per cent is the new normal against a double digit one a decade ago, said Jaiswal. Earlier, higher growth kept shareholders happy. In the last three years, absolute return has not been there in the IT stocks, be it TCS or Infosys.

A buyback is like giving a “dividend” to the holders. It improves the ROE for the sector and the EPS will also improve since the number of shares would reduce, Agarwal pointed out.