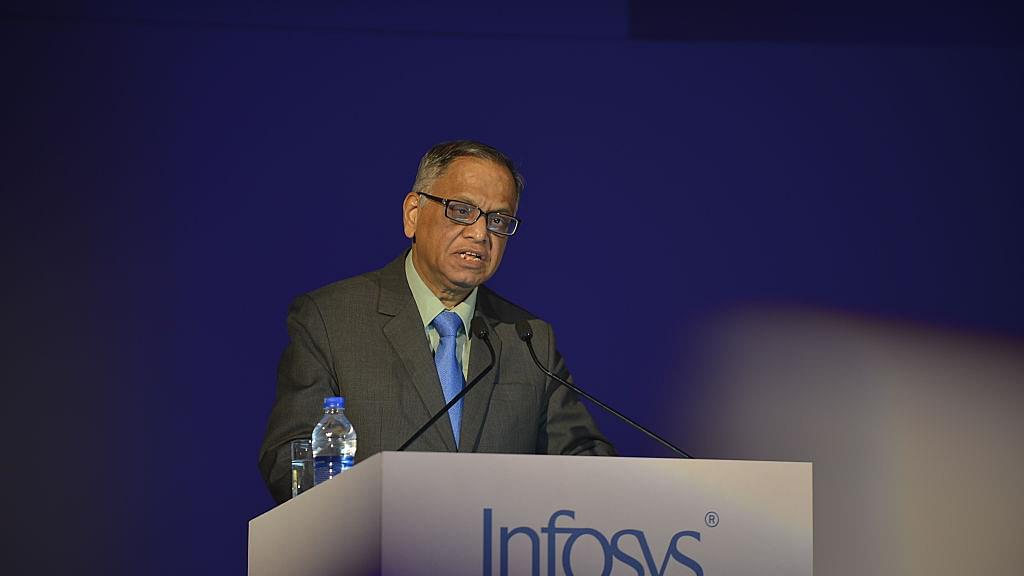 The board of Infosys, which just saw its chief executive officer (CEO) resign following frustration with the carping by iconic founder N R Narayana Murthy, looks likely to be embroiled in a war of perceptions with ordinary shareholders and institutional investors in the company.

While Murthy is addressing investors in a conference call and seeking changes in the board, the board itself is said to be reaching out to institutional investors to assure them that they are in control. One cannot rule out a proxy fight in the company’s forthcoming shareholders’ meeting.

It is difficult to predict who will win this battle. While it is likely that institutional investors will be cross with Murthy for precipitating a sharp fall in share prices, the chances are smaller shareholders and professionals will be more on Murthy’s side, as this perception survey by Kantar IMRB-Crownit suggests.

It is a war worth waging on both sides, and will ultimately strengthen the company. Unresolved standoffs are even more damaging to the future of a company.

The problem for the board is that even if it wins the proxy battle, the wounds inflicted by Murthy will remain raw. What this implies is that it would be better off making the board level changes that Murthy wants rather than just trying to outmanoeuvre Murthy on his own turf of corporate governance.

On the Murthy side, he has to accept that this state of affairs owes as much to his own failures as the board’s. These failures relate both to his extended tenure as Infosys chairman, and what he did later, when he returned to the company in 2013 as an interim measure, when confidence in the company was dipping among investors due to weak performance by his successors.

Murthy made three big mistakes during his two tenures at Infosys. He should not make the fourth by avoiding responsibility for the fight he began last year by leaving it halfway. He has to see it through to its logical conclusion.

Murthy’s first mistake was the decision to give all his fellow co-promoters a shot at the chairmanship, when not all of them may have deserved the honour. Not every founder makes for a good CEO. After Murthy and Nandan Nilekani, the two promoters who followed – Kris Gopalakrishnan and S D Shibulal – were hardly inspired choices. This was not nepotism, but certainly not enlightened professional choices either.

Second, when he returned to the company in 2013, he inducted his son in a key executive position under him, which shifted focus from the company’s professional succession line-up to the chairman’s office. This move probably did as much to denude the company of future CEO material than anything Vishal Sikka did in his tenure from 2014. This was Murthy’s second big mistake.

Third, and this is a mistake Murthy himself admits to, he left the company just at the point of transition to an outside CEO who had no clue as to the internal culture of the company that Murthy built. Murthy’s exit was followed by the exit of K V Kamath as chairman, which meant that the ‘Strong-Chairman-Weak-CEOs’ order we saw under Murthy and the promoters who held the top job after Nilekani, got reversed into a ‘Strong-CEO-Weak Board’ reality. This was an invitation to instability.

A company needs both – a strong board and a strong CEO. But the net result of Sikka’s exit is that Infosys is now in a weak-board-weak-substitute-CEO situation. This is untenable.

Examples from other companies and groups show that whenever an iconic promoter or chairman exits, there can be instability unless the person continues to be involved in guiding the organisation through the initial years of the transition of power.

In the Tatas, when Ratan Tata left the reins in the hands of Cyrus Mistry, the only way it could have worked was if he had clearly established the norms for the transfer, and continued to guide Mistry through the first three years. Instead, he left Mistry to his own devices, and ended up having to return. But this time he is doing it right, by inducting the talented N Chandrasekaran as Tata Sons head. Chandra has the competence needed to succeed, and, more important, the confidence of Tata.

Murthy, unfortunately, was not around when Infosys was transitioning from a promoter-driven company to a professional CEO based in the US. Having now started the battle to put Infosys on the path to improved corporate governance, he cannot run away from battle however hard it may be for him at age 71. You can’t mutter and complain and destabilise a management and not take responsibility for the resultant damage.

A proxy war for Infosys’ soul may create short-term uncertainties for the company’s shareholders, but it will settle the issue once and for all. If Murthy wins, he will get a year or two to set things right and walk off into the sunset. If the board wins, it will gain credibility and new confidence among investors. It will be able to get rid of the impression that it is a pushover. It will be able to make the right choice on the next CEO, and make sure he delivers to plan.

Right now, the board is neither here nor there.