Why The Bloodbath In Telecom Is Not Exactly A Bad Thing 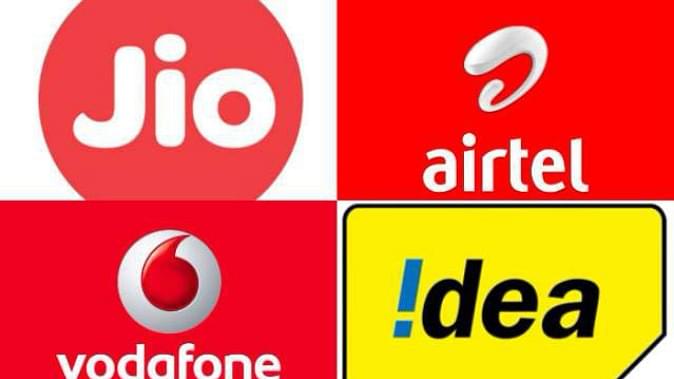 Average revenue per user (ARPU), industry jargon for how much money telecom companies earn from each subscriber, has been falling alarmingly for older telecom operators over the last several quarters. One big reason is the unprecedented aggression in pricing by the latest entrant, Reliance Jio Infocomm; Jio unleashed a price war that continues to bruise these old-timers, even 16 months after its arrival. In the ensuing fight for market share, it seems older telcos are willing to sacrifice ARPU.

Another reason the incumbent telcos are bleeding, is an across-the-board cut in interconnect usage charge (IUC), which obviously impacted old-timers (with higher call volumes) more than the newbie, Jio. Of course, for telecom subscribers like you and me, Jio’s aggression, older telcos’ sacrifice of ARPU and the IUC cut are good news, since these developments have resulted in lower overall tariffs (voice is now virtually free) plus a deluge of cheap data. One spends less now, to talk more and download more, than before.

In this background, it is no surprise that market leader Bharti Airtel has reported an almost 40 per cent decline in consolidated net profit for the third quarter of the current fiscal, its sixth straight quarter-on-quarter decline. In the same quarter, Jio reported its first ever net profit, a healthy growth in subscribers, improved margins and higher ARPU.

Compare this with Jio’s numbers. Not only has the newbie turned profitable, it has reported a net profit in its very first profitable quarter, which surpassed Bharti’s for the same three-month period. It reported a net profit of Rs 504 crore in the third quarter against a net loss of Rs 271 crore in the immediate previous quarter. So Jio netted almost Rs 200 crore more than the market leader in the third quarter and almost the same as what Bharti reported in the same quarter of the previous fiscal. ARPU at Rs 154 was significantly more than Bharti’s in the third quarter (though Bharti said Rs 16 was shaved off its own ARPU due to IUC cut).

As this piece notes, Airtel’s margins were down nearly 180 basis points to 32.6 per cent while Jio’s were up nearly 15 percentage points to 38.2 per cent. Jio’s subscriber base increased 22 per cent to 160 million; Bharti’s rose by a mere 3 per cent or by 290 million.

So, is there more scope for lowering tariffs, and will Jio get more aggressive going forward?

Jio’s strategy, of offering dirt cheap data with voice thrown in for free and charging for services only after whetting the market’s appetite, has paid off till now. And continued pricing gimmicks are sure to keep competition on its toes. Analysts at Deutsche Bank said in a recent note to clients that Jio is expected to cross 10 per cent revenue share of the Indian telecom market this fiscal, it will cross the 15 per cent mark by fiscal year 2019. Jio has managed to fundamentally alter consumer behaviour in the telecom sector – it moved the SKU (stock keeping unit) from voice-to-data bundles. Jio should gain critical mass in this fiscal year. “We estimate RJio to achieve EBITDA of $3 billion by FY20,” these analysts said.

Put simply, a continued aggressive forward march by Jio is bound to hurt incumbents to some extent, even as it will likely lower data tariffs further. The Deutsche Bank analysts said the two key milestones for Jio in 2017 were the move from ‘free-to-pay’ and launch of its 4G feature phone. "We believe the next catalyst will be the launch of fiber broadband, likely in mid-FY19E. It will fully leverage RJio’s investment in fiber and content and aid revenue share gains in the mobile market.”

But another aspect of Jio’s unrelenting aggression is unprecedented consolidation of the market. Till 2015-16, there were nearly a dozen operators, but by the end of next fiscal, only four or five strong players will remain. Analysts say Bharti Airtel will likely be the biggest beneficiary of this consolidation; it is making all the right moves to remain in contention as a significant player even in the future.

A merge is already underway between Idea Cellular and Vodafone India, second and third-ranked operators in India. After the merger, the combined entity would be the largest operator with a third of subscribers and 43 per cent revenue market share. Several smaller operators have either scaled down operations or exited the business completely. Bharti acquired Telenor, Tikona and Videocon’s businesses. Reliance Communications has exited recently and Bharti also acquired Tata Teleservices’ mobile business.

Brokerage firm Indian Ratings & Research said in a note recently, “Over the last one year, smaller telcos lost 38 million subscribers on an aggregate basis, which has challenged their business continuity. Most of the smaller telcos have sold business at rock-bottom valuations and even need to restructure their debt. Hastened consolidation has benefited larger telcos….large telcos have (also) benefited from the acquisition of spectrum and telecom assets at lucrative prices, which has in turn has strengthened their business model.”

So the fundamental changes to the market – though highly disruptive – may not end on a bad note for either large companies or subscribers. Though Bharti’s topline and bottomline weakened in the third quarter, analysts at brokerage CLSA said in a note that underlying operating metrics remained strong with 41 per cent quarter-on-quarter growth in data traffic and 13 per cent quarter-on-quarter growth in voice traffic. And notwithstanding the near-term ARPU pressures, “we expect Bharti to deliver 13% CAGR (cumulative annual growth rate) in India mobile revenues over FY18-21 driven by 7% CAGR in ARPUs with higher data adoption. Over FY18-21CL, Bharti will deliver 16% CAGR in EBITDA and 8 times growth in profits.”

Hyper competition seems likely to augur well for the telecom market and subscribers in the long run. Though the bloodbath because of aggressive competition is unlikely to abate just yet, long-term forecasts show incumbents will fight well and retain most of what they built over the years.