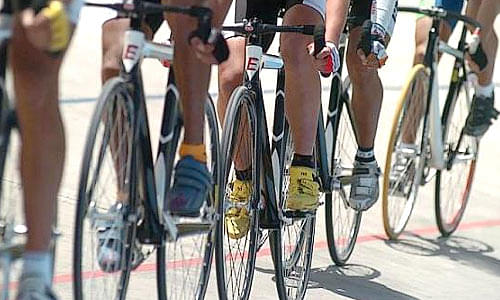 The Justice Delivery System (JDS) in India governs ordinary citizens from before birth till after death. Be it an untrasound, a birth certificate, a death certificate or removing a body from a morgue, and all points in between, JDS is designed to make a monkey out of you, dear Ordinary Citizen of India. A new series.

We must have been around 14 or 15, winter of 1970-71, too young to know better, when we cycled over to the National Stadium. Having come variously 1st, 2nd and 3rd in the Delhi State Cycling Championships at Under-16 tournaments, three of us had become good friends—the son of a milkman from Kotla Mubarakpur doing regular deliveries, the son of a shopkeeper from N Block Market, Greater Kailash, doing regular trips to Sadar Bazar to place orders, and yours truly from small town Jamalpur in Bihar, now in Defence Colony, Delhi, who just liked cycling all over the place.

We had been selected by the Delhi authority to take part in the Nationals in Jabalpur, and asked to head for the National Stadium at a specific time and date, for a “meeting”.

First, we were made to wait for four hours, till it became well past dark. Remember, we were youngsters under 16; we didn’t even shave then, and rules at home were simple — get home before the street lamps are switched on.

And then, when we went in, we were for some unknown reason roundly berated for misbehaving while sitting outside in the waiting room.

What had we done? While waiting, we were constantly getting up, going outside to look at the tracks, looking at the other rooms, looking at the photos on the wall, so on and so forth. What else do curious young teenagers do? Well, that was not acceptable to them, and the next question was: “Have you brought the money?”

What money? In those days, between the three of us, if we had a currency note, we were rich. We told them that; sorry, no way our parents were going to fork out money for taking part in sports, which they told us were only fit to make us postmen and, in any case, it was late and dark and we needed to go; we had to leave. The Nationals could take place without us.

I was always more outspoken than the others. I had figured out that in no way were my parents going to let cycling come between my exams, studies and my life, neither were they going to fund anything more than a simple roadster cycle, and so happened to add that government was supposed to be paying for all of us. So, what money were they talking about and, besides, why were they late?

The big chief there, face swollen with anger, said, “Don’t let these boys go!” I remember his name and face to this day, especially since he is still an important political leader from Delhi and, while my hair has gone white and I now also have a beard, he still features a full head of jet-black hair and shaves close to shining.

Within minutes, a gentleman, interestingly enough, dressed in the robes of a sadhu and claiming to be the yoga instructor to the high and mighty of Delhi, had caught us and presented us, especially me, with a few tight stinging slaps.

We were then locked up in an adjacent room. After what seemed like hours, the door was opened, and some constables from the Delhi Police, who had been told that we had been making soap copies of the keys to various rooms in the National Stadium, took us to the Nizamuddin Police Station. On the way, they asked us what our fathers did, because of which the poor milkman’s son got even more slaps, while we were chastised for hanging around with him.

The shopkeeper and milkman became great friends of my father’s. The milkman’s son joined the National Defence Academy; the shopkeeper’s son does brilliantly in the retail trade, and I joined the TS RAJENDRA.

None of us tried cycling as a sport again, though. Remember, we had been selected for the Nationals, no less.

And the gent who accused us? He is very big today in the Cycling Federation of India. He has been an elected representative of the people many times too.