Lost in Translation: The Fine Art of It 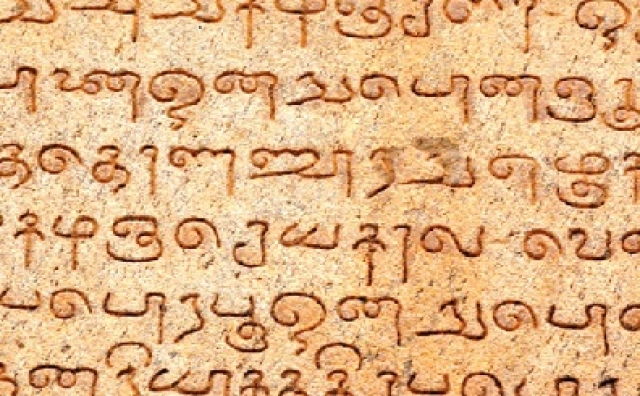 A new fortnightly column on Indian language literature and how its best works can be reached to a larger audience. We start by looking at the pleasures and problems of translating.

Robert Frost is often credited with the line ‘Poetry is what is lost in translation.’ Anyone passionate about translation recognizes this, and most often bows down to the impossible task of translating a poem. Ask any Bengali and he cannot imagine reading Tagore in English. The sheer beauty, lyricism, and poignancy of Tagore’s rendition are lost when spoken in English. The great poet himself acknowledged that his translations into English were not up to the mark and he concluded that his works would not find much popularity outside of the Bangla-speaking population. A lot of Urdu poetry and ghazals would find a similar fate, thus depriving those who do not understand the language.

It has been often concluded, and rightly so, that humour is one of the most difficult to translate as there is a lot of puns, cultural context, social reference, proverbs, amongst other things, which would not find a suitable alternative and the very essence of humour would be lost when trying to translate it. One of the most popular humourists in Marathi, P.L. Deshpande, often called the P.G. Wodehouse of Marathi, had said that it was impossible to try translating his works. But many have; with disastrous results!

This is where the challenge lies for a translator. The fine art of keeping the original idiom, yet expressing the meaning in a manner understandable to the English reader is a difficult and subtle one. Oftentimes the English translation itself may be limited by the boundaries of the geographic region, not allowing it to be enjoyed outside the broad definition of the cultural boundary, say India. What to an Indian, whether reading in English or in a local language, may be obvious might be completely alien to an English-speaking person outside the country. While a Kathak performance of Krishna being berated by Yashoda wherein Krishna pleads ‘I did not steal the butter’ may move the audience to tears, it may make a foreigner look askance. Cultural roots run deep, entrenched in us since childhood. It is not possible to take the country out of the person.

Translators from every Indian language, while translating into English, have stumbled, fretted and sweated over some of the phrases or words which may be easily understood in the original but may often have no equivalent or a very lame equivalent of it in English. The most common example of a word which exists in Indian languages alone and is not present in English is the word jhoota, or eto (Bangla) or ushta (Marathi); food which has been despoiled because someone else has touched it, tasted it, or put their hands to it. An expression in Bangla when the heroine lets out a deep sigh saying ‘amar mon kemon kore’ is simple and evocative yet finds it difficult to be said in the English equivalent of something like ‘oh, how my heart aches!’

The lovely Marathi word runanubandha, meaning physical as well as emotional bondage, is difficult to express pithily as in the original. The lovely Hindi word-phrase kimkartavyavimoodh, loosely translated as ‘a sense of dilemma’ is far more than what the English equivalent expresses and can be truly understood only in the original language. Tagore’s heroine shows obhimaan, the sense of hurt pride which only an Indian woman can understand. It is not mere pride as one feels for a country.

The Hindi movie Abhimaan shows how  the heroine, played by Jaya Bachchan, had a sense of abhimaan, not allowing her to return to her husband’s home as she had been slighted, despite loving him deeply. Another challenge faced by the translator is when the original language has gendered nouns (dawn, dusk, river, night are feminine) while English has gender-neutral ones.

So what makes a good translation? Transliteration would make it dumb. The translator has to fall in love with the work and get deep into the psyche of what the author wanted to convey in the original text. The ability to understand the original language is important but the command on English, if the work is being translated into it, is much more important. What is easily said in the local language needs to be conveyed into English with the same intensity, subtlety or passion as the original demands.

It is easier to translate into other Indian languages as compared to English as most Indian languages have a similar sense of idiom or expression. Indian languages, similar to French or German, have the flexibility to interchange words in a line without changing their meaning unlike English which follows strict grammatical rules. Often the interchange can lead to a completely different meaning.

Translations are most often criticized by those who can read both the languages but the important point to note is that the translation is meant primarily for those who cannot read the original or are not completely familiar with the original language. A Bangla fan cannot enjoy a Bankim Chandra being written in English but the question to ask is ‘How many Bengalis can appreciate Bankim fully?’

The biggest criticism against many translations is due to the fact that they have often been translated by people who are very good in the original language. This is a paradox but true. Too much familiarity with the subject may lead to contempt. For example, I have seen many professors of Bangla or Marathi or Tamil translating the classics from those languages into English, making it more of a transliteration than translation. The focus has to be on the art of conveying the emotion behind the expression. I strongly believe that while a deep understanding of the language helps the person to get below the skin of the author, he or she is unable to get the nuance into English. Richard Peaver says ‘The translator has to do consciously what the author did instinctively. And yet it must seem instinctive.’ Notwithstanding this, there have been many competent translations, some even winning the Sahitya Academy Award.

There is a need to get Indian literature to the masses. We have gems in every language which remain elusive to the people at large, mainly because they are not available in English, the lingua franca of today’s generation. There is a dire need to translate classics into English so that the current generation can enjoy and appreciate the vast treasure that India carries. Jose Saramago aptly put it when he said: ‘Writers create national literatures but translators create world literature.’

Some classics carry a certain air of erudition around them and often, this is one of the reasons that their English translations, despite being true to the original, do not appeal to the current set of Indian English readers. They are looking for a language which is contemporary and yet conveys the meaning the original author intended to. A Kalidasa in Sanskrit needs to be retold in a language which is easy to read. Gyaneshwar’s work in Marathi, while beautifully rendered in songs by Lata Mangeshkar with divine music by Hrudaynath, may not be understood by most as the language is archaic. Even some of the attempts made by pundits have not tried to make it readable to the common man.

Anthony Burgess once wrote: ‘Translation is not a matter of words only: it is a matter of making intelligible a whole culture.’ Each language has gems waiting to be retold. While PonniyinSelvan was translated into English, Kalki’s Sivagamiyin Sabatham (The Vow of Sivagami) is waiting to be read by non-Tamil speaking readers. Mrutunjay, the iconic novel on Karna by Shivaji Sawant in Marathi and ably translated by P. Lal into English was not marketed well. Non-Bengali readers, I am sure, would enjoy reading Samaresh Mujumdar’s trilogy on the Naxal movement.

Of late, publishers have realized that there is enough interest in Indian translations to make it a profitable venture. Indian English has caught on well with some of the recent authors selling a million books. I firmly believe that English translations of many classics can give these books a run for their money, if told in a manner which appeals to the Gen Y.

Having said that, there is a strong case for the original to be read, enjoyed and appreciated in its true form. But that is a topic for another discussion. The fact that the language literature is getting lost to current generations needs to be looked at seriously. We shall discuss that in a subsequent article.