A Matter of Law 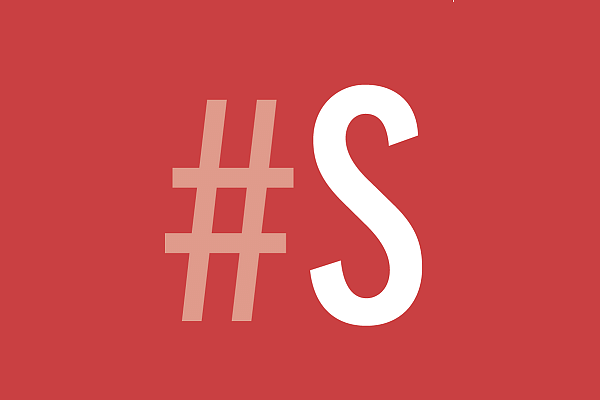 Contrary to popular belief, restrictions on proselytisation placed by some state governments in India is neither in violation of the freedom of religion nor is it a departure from an international consensus.

The phrase, “the road to Hell is paved with good intentions” is supposed to have originated with St. Bernard of Clairvaux some 900 years ago (L’enfer est plein de bonnes volontés et désirs). One cannot help but admire the man for his insight into human affairs when thumbing through the Indian constitution. For a country as diverse as India – seven prominent religions, over 2,000 dialects associated with 14 languages, each with their own script and literature, and several racial groups – the promise of secularism, liberty, equality, and democracy was the only way to go. It would be naive to think that a few words in the constitution would be the end of the matter.

The Constituent Assembly of India (CAI) spent an inordinate amount of time debating the role of religion in the new state. There was a clash between two conceptions of secularism; the first position was that the state should keep entirely away from religious matters, leaving the field to individuals and communities, while a second theory argued that in a society such as India in which religion is very important part of daily life, the state should embrace all religions and treat them with equal respect. The second position was certainly one view of religious liberty, of Gandhian pluralism, but it was not a secular perspective. And it was that view which eventually won out. The final draft (of Article 25) entitled the citizens of India to the “freedom of conscience and the right freely to profess, practise and propagate religion.” In itself, the wording does not set off alarm bells, but a closer look – and subsequent history – marks religious pluralism as a road better left untravelled.

The word ‘religion’ comes to English from the Old French word, ‘religion,’ which itself derives from the Latin religio. In the original, the word may have meant “to consider carefully” (re = again + lego = read, read again, or carefully consider) or “to reconnect” (re = again + ligare = bind, connect, reconnect), but by the early 12th century, it took on the modern meaning, “action or conduct indicating belief in, obedience to, and reverence for a god, gods, or similar superhuman power; the performance of religious rites or observances.” All-encompassing though the definition may be, particular histories of different religions have developed different vocabularies. For example, in Hinduism, the term most often used to mean religion, dharma, is also translated as law, or duty. Even among the Abrahamic faiths, Hebrew does not contain a precise equivalent of the word either, and halakha, the closest approximation, is also usually translated as law. The different socio-political environments in which the Abrahamic faiths and the Indic faiths – Hinduism, Buddhism, Jainism – developed have also led to some divergent views on religion, metaphysically as well as in its practice and propagation.

On a day-to-day basis, the differing metaphysics hardly causes any problems. The point of friction, not only in India but worldwide, has been the propensity of Christianity and Islam to proselytise while Hinduism, Judaism, Buddhism, and Jainism discourage the practice (though recently, Theravada Buddhism has taken to proselytism). Not surprisingly, the wording of Article 25 was modified to include the right to propagate by the Minorities subcommittee of the CAI. In such a situation, a seemingly equal right to peddle one’s religion becomes unequal and unfair, much like giving wolves and sheep the right to eat one another. Lest the reader be misled into thinking all proselytism in India is Christian or Muslim targetted at Hindus and indigenous tribes, the two Abrahamic faiths have been known to poach followers from each other as well.

There are two points this article assumes: 1. there is violence against missionaries, particularly Christian missionaries, and 2. there are forced conversions happening in India, again, particularly by Christian missionaries; evidence for both these points can be easily garnered with a quick internet search. In response to the violence and agitation caused by missionaries and their allegedly improper activities in communities around India, some states (Gujarat, Rajasthan, Himachal Pradesh, Arunachal Pradesh, Orissa, Madhya Pradesh, Chhattisgarh) enacted  a law that circumscribed the ambit of missionary work. According to the US Department of State’s International Religious Freedom Report of 2007, the law enacted by these states “prohibits an individual from using “force, inducement, or fraudulent means” when contributing, in speech or conduct, to another individual’s religious conversion.” Although the US takes objection to India’s weakening commitment to religious freedom, it needs to be pointed out that the so-called anti-conversion laws are in fact merely to prevent fraudulent conversion, which, by the way, is in complete accordance with the International Covenant on Civil and Political Rights (ICCPR). As per Article 18 of the international treaty signed and ratifiedby both, the United States and India,

Within this context, the laws limiting the ability of religious missions to proselytise do not seem at variance with the general freedom of religion.

A popular method by which proselytism is disguised is humanitarian activity. Disaster evangelism, as it has come to be called, describes the involvement of religious organisations in relief efforts after a calamity or the activity of religious organisations in providing basic infrastructural needs the state has failed in (such as water, education, basic health, and employment). In theory, this is prohibited and deeply frowned upon, for it creates obstacles in reconstruction and rehabilitation efforts. It is vitally important that beneficiaries do not feel there are strings attached to the aid they receive. Furthermore, offering (or being seen to offer) aid conditionally contravenes the International Federation of Red Cross and Red Crescent Societies (IFRC) Code of Conduct, which stipulates (Article 3) that “aid will not be used to further a particular political or religious standpoint,” and that the humanitarian imperative comes first. Proselytising by faith-based organisations creates barriers between the humanitarian actors and the people they seek to help, causing resentment and sometimes violence as it is often viewed as a threat to local customs.

The IFRC Code is a voluntary one that is only self-policed but has been widely accepted as a standard in humanitarian work, especially by NGOs working in concert with projects by international bodies such as the United Nations andMedecins Sans Frontieres. This means that many organisations not so pure in their motives honour the code, as Hamlet says, more “in the breach than the observance.” Nonetheless, there is a strong precedent of social opprobrium in combining missionary work with development or disaster relief.

Finally, there is the international context – many countries have placed an outright ban on proselytism, mainly Islamic countries. Even societies that exhibit far greater social tolerance and pluralism, such as Greece, have banned proselytism. Reasons range from disrupting local communities to recognising that the freedom of speech should also entail the freedom not to be harassed by views not to one’s liking at least in one’s own home or government institution. Israel is perhaps the best example for India, in that the majority religion in Israel is also non-proselytising and there is a fair amount of missionary activity in the country. Israeli lawmakers have also considered an outright ban on proselytism in the past but have settled for a more moderate position in accordance with the ICCPR – missionary activity is legal, it is illegal to offer money or other material inducements. The law some Indian states have passed is certainly more lenient than an outright ban, and should not cause comment.

While the right to preach and convert others must be staunchly defended, it must be accompanied by responsibility. Religious organisations must be made to adhere to the law of the land (which includes ratified international treaties). Bribery and fraud are separate crimes of their own in addition to the violation of the regulations of proselytism. Religious organisations must not be allowed to preach hatred of other faiths or exhibit irreverence towards them in the interests of public safety and social harmony (which is mandated by the Indian constitution). One option to reduce state interference in what is essentially a personal matter is co-regulation – religious groups could agree to a code of conduct which the state can legally enforce on their behalf, the agreement not being a religious but contractual matter.

Not surprisingly, in India, the problem is not the lack of legislation but in the implementation of existing laws that define the scope of religious freedom. Then there is, of course, the point of amending the constitution to reflect a truer meaning of secularism (rather than sarva dharma sambhava), but that is another matter.