As Jharkhand Government Heads For Showdown With Centre Over ED Summons To Chief Minister Soren, Turmoil Looms Large Over State 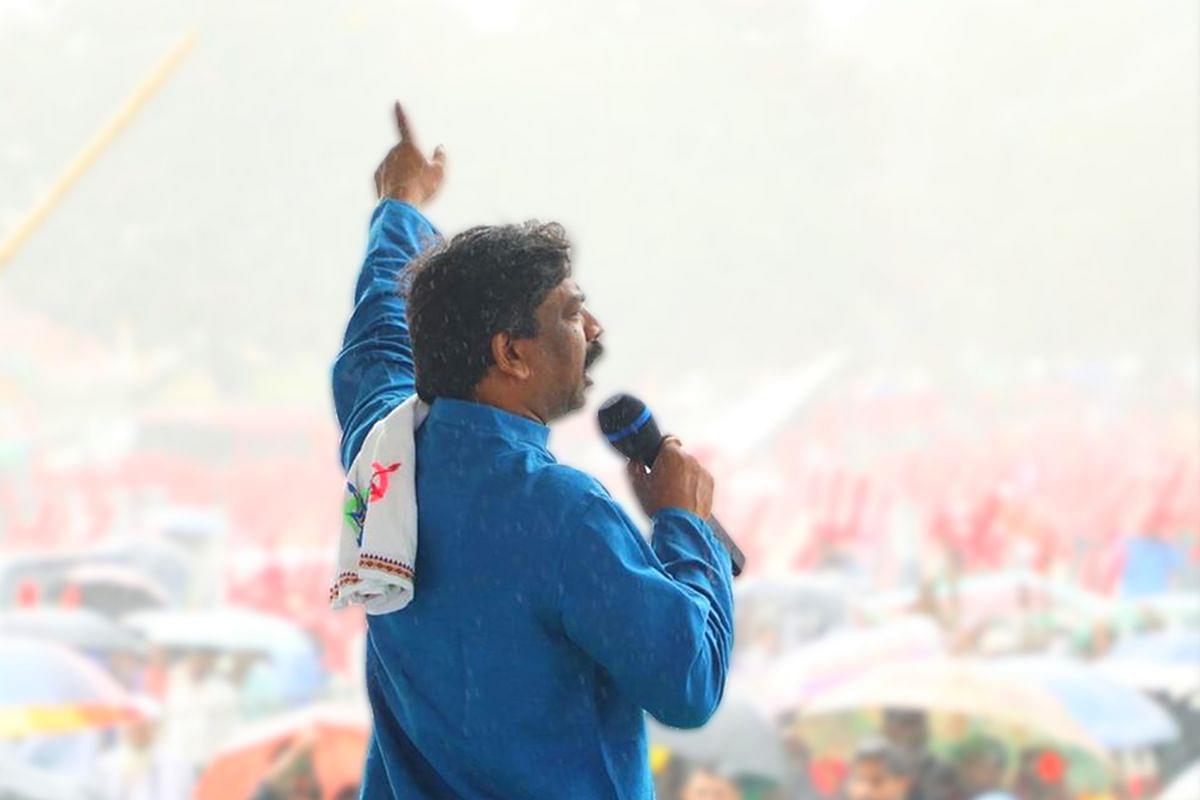 The Jharkhand Mukti Morcha (JMM)-led coalition government in Jharkhand is headed for a showdown with the Union government over Chief Minister Hemant Soren being summoned by the Enforcement Directorate (ED).

The ED is probing a Rs 1,000 crore illegal mining scam in the state.

The ED issued summons to Soren on Wednesday (2 November) asking him to appear for questioning at its Ranchi office on Thursday (3 November). A defiant Soren is set to skip the summons.

The ED is likely to issue fresh summons and if Soren disregards that as well, as he is most likely to, it will approach the courts for issuing a warrant against Soren or to get an order asking him to appear before the ED.

The JMM and its allies — the Congress and Lalu Yadav’s Rashtriya Janata Dal (RJD) — have upped the ante.

The allies have announced a series of agitations against what they say is the Union government’s, and the Bharatiya Janata Party's (BJP's), “attempts to destabilise the democratically-elected government in Jharkhand”.

The JMM has also threatened to launch an ‘economic blockade’ to stop movement of coal and other minerals mined in Jharkhand to other states. This ‘blockade’ may also be extended to cover other finished products like steel and automobiles.

Jharkhand is home to many heavy industries that manufacture a range of products. A ‘blockade’ like the one being threatened by the JMM would plunge the country in a deep crisis and cause considerable economic turmoil.

If that happens, the Union government will have to intervene with punitive and coercive measures, and that will only increase the confrontation between the JMM and the Centre, besides drawing other states also into the JMM-triggered crisis.

JMM general secretary Supriyo Bhattacharya, said from Ranchi, that his party will launch a “street-to-assembly fight akin to what we carried out during the statehood movement that people still remember”.

Bhattacharya was referring to the complete blockade of coal and other important minerals like iron ore, bauxite, uranium, limestone, dolomite and quartz that are mined in the state.

This complete blockade in the late 1990s had a debilitating effect on many industries in the country and ultimately led to the formation of Jharkhand in November 2000.

The RJD and the Congress have backed the JMM’s protest plans. JMM leaders told Swarajya that a roadmap for launching an intensive agitation is being drawn up.

“A huge number of street protests, including rallies and demonstrations, will be held all over the state and also in the national capital to protest attempts by the Union government to use agencies like the ED to intimidate opposition-ruled states,” said a JMM leader.

The JMM is also planning to pass a resolution against “attempts to destabilise the government” and “implicate the Chief Minister (Hemant Soren) in false cases” at a special session that has already been convened on 11 November.

That session has been convened to pass a contentious bill that fixes 1932 as the base year for deciding on the domicile status of residents of Jharkhand. The prevailing cut-off year is 1985.

That will also set the JMM on a collision course with the BJP, which has vowed to move court against the “unrealistic cut-off year that will deprive lakhs of Jharkhandis of their legal and Constitutional rights”.

The Jharkhand unit of the BJP has decided to confront the JMM very aggressively and highlight Soren’s alleged involvement in the mining scam. The BJP will launch a week-long agitation from 7 November against the alleged corruption.

“The JMM came to power in the name of jal, jungle, jameen (to protect water, forest and land), but the people at the top are looting the state’s resources. It is unfortunate that the Chief Minister himself and his family members are directly involved in corruption," Jharkhand BJP spokesperson Saroj Singh told Swarajya.

He also added, "The Chief Minister’s political representative is in jail and people close to him have been questioned by the ED. We will launch a statewide protest against this corruption and looting of state’s resources by the JMM top leadership”.

The protests planned by the JMM and the BJP will inevitably clash at many places and that could result in a law and order situation, say state officials.

That Chief Minister Soren will not present himself at the ED office at Ranchi on Thursday (3 November) was evident on Wednesday (2 November) itself when he said he will attend a series of pre-scheduled government programmes.

The state government’s public relations department, in an unprecedented step, released the list of Soren's engagements all over the state from 3 November to 15 November.

According to that list, Soren will attend a tribal festival at Raipur on Thursday (3 November) and will participate in his government’s outreach programme named Aapki Yajana, Aapki Sarkar, Aaapke Dwar there.

A defiant Soren said at a public programme on Wednesday (2 November): “I have been called by the ED. But I am not afraid. They are trying to show how powerful the ED is. They want to show that if they can summon Sonia Gandhi and Rahul Gandhi, then why can’t they call a Chief Minister. If they think they can malign our image, then they are mistaken. Since they (the BJP) cannot fight us politically, they have hatched this conspiracy”.

The Illegal Coal Mining Scam And ED Case Against Soren

Businessman Sambhu Nandan Kumar filed a police complaint against Pankaj Mishra, a close aide of Chief Minister Soren, accusing Mishra of assaulting him during the auction of a toll tax gate.

Nothing much happened till informal and preliminary probes by the ED revealed that Mishra was running an illegal coal, sand and stone mining racket. The ED launched a formal probe earlier this year and arrested Mishra on 19 July.

Mishra was Soren’s go-to person and used to manage the finances of the JMM as well as the Soren family.

The ED raid on Mishra’s residence netted a sealed envelope containing a passbook and two cheque books of an account in the name of Hemant Soren in the Ranchi branch of a public sector bank. The cheque books had two cheques signed by Soren and 31 blank cheques.

This, say ED officers, is evidence of Soren's involvement in the mining scam (read more about this here).

In a further blow to Soren, the ED raided the residence and offices of Prem Prakash, another close aide of the Jharkhand Chief Minister. Apart from two AK-47 rifles and live ammunition, a number of incriminating documents were recovered by the ED.

The ED says still more evidence pointing to involvement of JMM politicians and some state bureaucrats in the scam came to light after raids by the agency on two chartered accountants — Jaishankar Jaipuriar and Anita Kumari.

The ED wants to question Soren about the bank documents recovered from Mishra’s residence as well as other documents and evidence pointing to his involvement in the scam.