Dismantling the Empire – Brick by Brick? 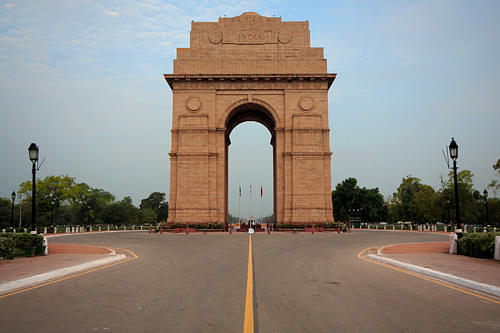 The fact is that the enormous clout that the Delhi Power Complex wields is also a result of years of centralization of powers – both political and economic with the Central Government (largely Congress) and the emasculation of regional leaders in states (largely Congress) who were there not because of their talent or popularity but their subservience to the Power Complex in Delhi.

That is why the most significant steps that they have taken are :

1. Dismantling Planning Commission and creating Niti Aayog which will be run as a partnership with states. Majority States being majority BJP led and leaders allowed to do their own thing with full accountability is helping that cause now. It is a game changer

3. Trying to “Go Direct” to the people in terms of building perceptions through increased use of Social Media and Mass Media directly and bypassing cabals. (We may feel that this is not happening enough)

4. Bringing in the Artha Kranti by building a movement based mobilization efforts in terms of Jan Dhan yojna and the relaunch of Kisan Vikas Patra

It could well be that NaMo – Amit Shah duo are willing to accept hiccups like Delhi for now until the base is consolidated and then the pace of dismantling of the Power Complex will be increased. In the matter of dismantling too, there has been certain specific steps that have been initiated. But they are treading carefully.

1. Compilation of data and clamping down on the vast Dalal/Darbari/foreign supported NGO network. Making the initial list of 120 odd ones to go after

2. Outside of the government, the Sangh parivar stepping up their visibility and increasing the scale and scope of their programs. They are initiating a lot of new outreaches and are changing to meet the demands of the day.

3. Supporting the setting up of alternate media outlets, which generally are small, digital media ventures that will leverage the Social Media and Mass Media spaces to selectively take messages to the different target groups – committed supporters, neutral supporters (positively inclined but do not have a strong sense of trust on BJP or Hindutva) and minorities

Why have they not gone after the wrong doers quickly enough? Why are the leading lights of the Power Complex not feeling the heat? Why is no major corruption charge being levied on the erstwhile rulers? Why are the victims of the Empire not being granted justice and released?

These questions are the ones that trouble some of us who want to move in a much faster pace. Besides, why are some of the Darbaris and members of the Power Complex who also happen to be in BJP being allowed positions of immense power and why are they not brought in line? This is another important question that is troubling even the ardent supporters of NaMo – Amit Shah who stood by them when they seized control of the party and sidelined the old style satraps.

The answer perhaps lies in the past. If we look at Modi as CM in Gujarat, apparently he does not believe in dramatic clean up or going after his political opponents. He likes the system to work on them slowly and strangulate them with their own sins. Well that may be the case, but Modi as PM has a larger mandate and even larger responsibility to clean up quickly and deliver. Will the murmurs of disapproval reach the corridors of the dynamic PM and his Party President? That is the question that will hold the key in the coming months.

As usual ramble. In fact, I am way out of my league of usual analysis of strategic and military matters to indulge in this kind of political analysis. So take it for what it is worth gentle readers!