Farm Laws Repealed, Modi Must Now Break His Silence On Other Critical Issues 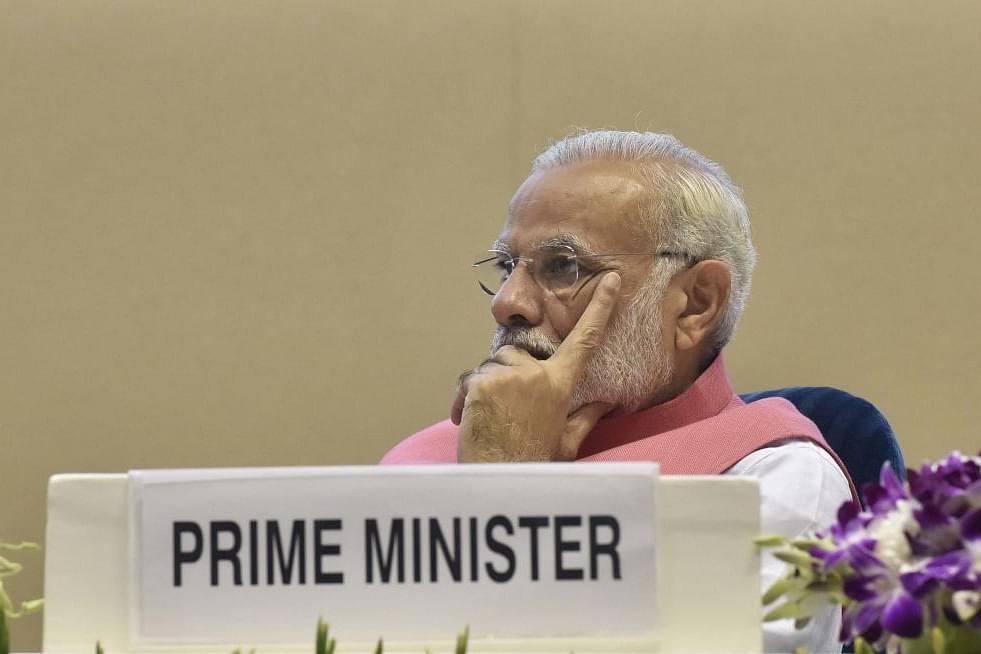 Former Prime Minister Dr. Manmohan Singh was famed for his silences. His tongue was tied, most believed, by fear of Congress party president Sonia Gandhi.

Prime Minister Narendra Modi has no such fear and no such remote control. He is regarded as the most powerful Indian leader since Indira Gandhi. What then explains his silences on crucial issues?

Modi is certainly not stuck for words. He is an accomplished public orator. His mann ki baat broadcasts are listened to by millions. But on critical matters, Modi prefers silence.

He broke that silence — sadly on the wrong issue — by repealing on national television three progressive farm laws. It could prove a serious miscalculation.

The Samyukt Kisan Morcha (SKM) has tasted blood. Its open letter to Modi with six demands rubs salt on the prime minister’s self-inflicted wounds. The farm unions know that the six demands cannot be met. And even if they are, the unions will add a seventh demand: the resignation of Modi as prime minister.

That is what the Opposition-instigated Punjab and Haryana farmers’ agitation has been about from the beginning. By repealing the three farm laws, Modi has eroded his political capital. That will affect other issues that need urgent attention.

Modi’s second-term prime ministership has entered its final 30 months. Giving in to the farmers for short-term political gains – which anyway may be limited – must not be allowed to impede the robust implementation of India’s broader economic and foreign policy agenda.

Modi must now abandon silence. It is time to be upfront and take the bull by the horns.

On the global stage, Modi has long shed his reticence. At the COP26 summit in Glasgow, Modi was everywhere at once. He completed over 20 bilateral meetings with world leaders in 48 hours apart from delivering key speeches.

Modi convinced the United States to join his long-cherished project – the International Solar Alliance (ISA) — and launched with British Prime Minister Boris Johnson the One Sun One World One Grid (OSOWOG) transnational initiative. This is a major win for India globally and for Modi personally.

In India too Modi leads strategy meetings on the forthcoming spate of assembly elections, including especially Uttar Pradesh. He is tireless in reviewing welfare schemes and following up on new infrastructure projects. He personally monitored rescue operations during the Tamil Nadu floods.

When I first met Modi, it was clear that he was a man of few words. I let my work speak for itself, he said with a smile. But in a complex, rapidly changing world, silence on key public issues is no longer an option. It can be mistaken for indecisiveness or indifference.

Modi’s silence on the horrific post-poll violence in West Bengal by Trinamool Congress goons still rankles with the BJP’s rank and file. The TMC’s clean sweep of four bypoll assembly seats, including those held by the BJP, is a warning: silence can have electoral consequences.

The steady drip-drip departure of BJP leaders to the TMC underlines the political cost of both silence and inaction.

On the politically sensitive issue of targeted sectarian murders in the Kashmir Valley, Modi has left it to party spokespersons and junior MPs to articulate the government’s position following each attack. Morale among vulnerable minorities in the Valley is low. Many have fled. Others live in fear.

Islamist terrorists are obviously pleased. The Indian Army, Central Reserve Police Force (CRPF) and the J&K Police are fighting a battle against an enemy that has little to lose.

Pakistan does not put its soldiers in harm’s way. It trains teenage boys from poor families at terror camps, arms them, funds them, compensates their families with land and money, and sends the boy-terrorists across the Line of Control (LoC). Here the terrorists link up with indoctrinated local overground workers (OWs).

The ruthless targeting of minorities in the Valley continues unabated. Like an obsessive, rejected stalker, Pakistan’s policies are geared with one eye fixed constantly on India. The obsession runs deep.

Home Minister Amit Shah’s three-day visit to J&K was a positive move. But it is Modi whose attention – visible and proactive – the Valley needs. Otherwise the gains of reading down Article 370 to integrate Kashmir economically and emotionally into the rest of India will be lost.

India showed lack of serious intent when Pakistan disallowed the Srinagar-Sharjah GoFirst flight from using its air space. The 1947 Chicago Convention governs overflight rules. Pakistan could be in violation of international law. Yet India “requested” overflight permission instead of bearing the extra cost and time (40 minutes) of routing the flight over Indian air space. From the top political leadership again, there was silence, not decisive action to deny Pakistan a propaganda advantage.

The same year-long silence from the top on the farmers’ protests has now caused lasting political damage. The protests always had a political motive. And yet, Modi initially sent ministers to negotiate with the farm unions over several pointless rounds, legitimising them in the process.

Appeasement of farmers’ unions led by Rakesh Tikait and other rich farmer-politicians will backfire. If there is one lesson history teaches us, it is that appeasement never pays.

The same principle applies to the standoff with China. Appeasement of President Xi Jinping at Ahmedabad, Wuhan and Mahabalipuram did not pay. India has learnt the lesson and done well to deploy over 50,000 heavily armed troops in eastern Ladakh. Infrastructure activity has speeded up.

New roads, bridges and tunnels built by the Border Roads Organisation (BRO) have rattled the Chinese. The infrastructure will help the military swiftly move troops and heavy weaponry in mountainous terrain.

China has no experience in high altitude warfare. India has a lot, occupying and defending the Siachen Glacier from Pakistan since the mid-1980s. Beijing knows this. It is the principal reason why it has not dared start a larger conflict with India along the contested border despite deploying 50,000 troops and advanced weaponry along the Line of Actual Control (LoAC).

The odds are heavily stacked against a quick Chinese victory. A stalemate and significant reverses for the People’s Liberation Army (PLA) are a distinct possibility.

As winter settles in over Ladakh and night temperatures fall to minus 30 degrees Celsius, this is an opportune moment for the prime minister to break his silence on China’s continuing aggression. Silence can be mistaken for appeasement and appeasement for weakness. To win the peace, show strength.

From Modi’s perspective, winning elections remains the priority. That is as it should be for any politician. But not speaking, and not acting, when both are needed, can carry a heavy electoral cost.