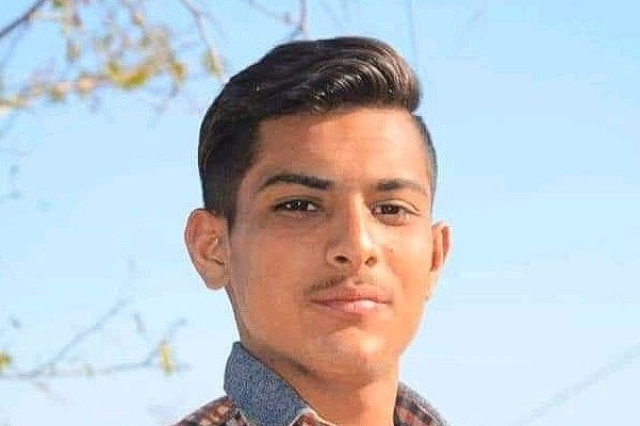 The Bishnoi community in Rajasthan's Jodhpur district, which is known for fearlessly braving face-offs with the most powerful people in history to defend its flora and fauna, has stumbled upon a new and young hero this week. He is Mukesh Bishnoi, 15, a student of class 10.

The nationwide lockdown to fight Covid-19 brought additional responsibilities to Bishnoi, who was appearing for board examinations when the threat of Covid-19 arrived.

During the day, he practises math and revises ‘samaj’ (social studies) lessons.

Examination for the two subjects were postponed owing to the nationwide lockdown, and are pending.

When darkness descends on Bhalu Rajwa — his village situated on the Jodhpur-Jaisalmer road, Bishnoi gears up for a duty that is part of his dharma.

Bishnoi, along with a team of people from his community, stays alert and awake, every night, to keep a watch on an additional threat. They go on a night vigil to protect the wildlife from poachers, who become active during the night.

One such night vigil turned eventful on 10 May. It threw Bishnoi in the line of action, in a direct conflict with the poachers. One of them was armed.

Bishnoi narrates a bit from what happened on the night of 10 May: “At 8.30 pm, we heard the sound of a boom. We knew that trouble had arrived on the wild animals. My companion, Pukhraj, in the vigil, and I had a Jeep with us. We chased the ‘boom’ sound. The dhauras (sand mounds) were huge. We did try to maneuver the jeep through the area, but it stopped and got stuck.”

In the flash from the Jeep light, which was still caught in the tricky terrain, he saw that there were four people. Bishnoi rushed towards them on foot. He found himself in a tussle with the poachers and nabbed the man who was armed.

Bishnoi told this author over the phone that his worst fears came true when he saw a bleeding chinkara grabbed by the poachers. The sight of the bleeding chinkara did catch him, but he did not loosen his grip on the armed man. Eventually, the man who was armed managed to push Bishnoi away, making him tumble on sand. The men escaped.

Bishnoi and his companion did try to look for them in the dark, but the poachers succeeded in making the most of the terrain.

“There are no houses for about 15 km on that stretch. There are bushes. We could not spot them anywhere even after driving for a long stretch. We left a message on our village WhatsApp group,” Bishnoi adds.

The message was: “Hiran ka shikar ho gaya hai, jaldi aao (a chinkara has been hunted, come fast). The yuvas from their village gathered there in 10-15 minutes.

Bishnoi adds that for a stretch of nearly 7 km, they could see a trail of blood. They followed the trail. It led them to a house in another village. The police arrived at the scene. An investigation is underway.

He is Mukesh Bishnoi from Jodhpur(15), Class 10 student. Yesterday night heard a gun shot, ran towards that direction with two of his other friends. Had a faceoff with two armed (.303) Chinkara poachers. Able to overpowered gunned poacher after a good tussle. Kudos. @and_ecology pic.twitter.com/apNQjQxFFo

He says, “Lockdown ke andar ye aisi doosri ghatna hai (this is the second incident of poachers targeting animals during the lockdown).

As per Bishnoi, the poachers choose the nights during the lockdown to become active on ground.

Bishnoi is being hailed as a hero by the people of his community for braving it against the poachers. The sight of the bleeding chinkara seems to have stirred him within.

Bishnoi came across as a tough enough guy for facing the danger he did, but soft — when it came to his realisation of the loss he witnessed. He summed up the message on respecting ’life’ briefly. — Bahut maante hain hum...," he said over the phone, referring to the place and value that protecting animals has in his dharma.

Swarajya has earlier reported on the Bishnoi community's resolve to protect the flora and fauna in Jodhpur and their Bishnoi sentiment towards ecology.

The infamous poaching of a black buck in Kankani, another village in Jodhpur, involving Bollywood stars, had made the nation witness the Bishnoi community's belief in sending out a strong message to poachers and hunters.

Bishnoi history and culture has witnessed women leading from the front for fiercely protecting the ecology.

These values and the sacrifice of Amrita Devi Bishnoi — who laid down her life for protecting Khejri trees in Khejarli village — have inspired men to fearlessly face danger to protect plant and animal life.

They have fought anyone who challenges, dismisses or goes against the 29 principles from Guru Jambeshwar ji — the founder of the Bishnoi community and fondly addressed as Jambo ji.

With mothers, women leaders, ancestors and a dedicated community to back him, Mukesh Bishnoi has led from the front — showing the resolve to stand by dharma and the culture of his community.