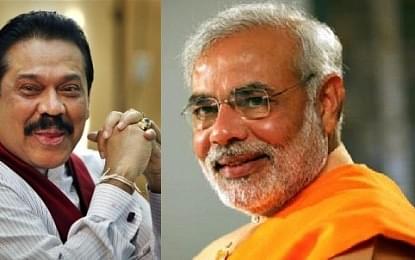 While one may analyze if the invitation to SAARC heads of government was necessary for the swearing in of an Indian PM, citing pros and cons for the same, let this not be in the cost of misreading ground realities.

The present SL government led by Rajapakse is actually guilty of serious war crimes. It cannot be denied. It is realpolitik considerations of India, that the GOI allowed it to happen. Should it have allowed the same is another question. For a different thread. I had predicted when the UPA 1 came to power in an article called “Can India afford a Policy of Drift?” and indicated the implications of impending dangers. At that time, all one could do was to lament in some digital blog!

Coming to ground realities. My only submission to gentle readers here are:

1. Please do not have any illusions of SL joining India in some sort of economic union even. I have visited the place and interacted extensively with Sinhalese and Tamils. If at all there is a consensus amongst the Sinhalese it is that they need to keep away from India as much as they can. They will deal with anyone else but India. The common fear is that India seeks to dominate and put down SL and encroaches on their independence. In addition, they believe now that the war is over, they can emerge and grow faster than India, especially if they show their willingness to be useful to other powers who want a presence there as a check to India.

Can this be reversed? Yes GOI can do it. It calls for a nuanced policy of engagement on our terms. I have to wait and see if the new government has grasped the basis for that. TN Govt, has to be taken along for it to succeed. In Jayalalithaa, there is a person who can appreciate national interests. But it is also important to realize that previous GOI dispensations have not displayed a good track record of defending Indian interests and territory when it comes to SL. They have got away with it because it did not elicit the intense emotional connect of say a Pakistani claim on Indian territory.

2. As long as Rajapakse government is there, and there is no “nudging” from India, the Tamils of SL will not be served well. This much is very clear. Rajapakse will listen if there is someone in Delhi bold enough to make him listen. Earlier we had a PM who was not able to make his own cabinet listen to him. Now it is different. Also, readers should remember, it is the Tamil population of SL who have a greater appreciation of their Indian connection and share a heritage of following a Hindu faith. The SL Sinhala majority has a very xenophobic strain of intolerance to Hindu way of life despite professing to Buddhism. It is the Buddhist clergy that spearheads and gives sustenance to such view points. That has to change from within and just like in Pakistan, even the curriculum that is there in schools reflect these view points. It is something that needs to be corrected with the right kind of “inducements”.

What all this calls for is a calibrated and carefully crafted Indian approach that involves:

1. Comprehensive economic linkages between Indian and SL, especially infrastructural and other projects on the scale of Afghan involvement in the northern and eastern SL. It should be balanced with opportunities for SL companies getting preferential access to Indian economy, financial markets to make an impact on the SL economic scene. SL companies, especially those linked to the Family (SL is totally controlled by Rajapakse family).

2. A more wide ranging engagement with political spectrum of SL including Wickramsinghe and the Tamil parties. The non-governmental party to party links between leadership can allow for a greater amount of understanding and also letting them know what is there in it for them if they are able to work with India.

3. A clear understanding of Indian red lines that the SL leadership should be made aware of. If those red lines are crossed, India will react and make SL feel the hurt. Despite bravado, SL leadership and elite are under no illusion that they can take on India. They were emboldened because of weak leadership in us. If the leadership is strong and is very clear about the red lines and what will happen if they are crossed, SL will behave.

4. If we are able to have a strategy and execute it along the broad contours stated above, then we will be in a position to have a SL in about 10 years that will be firmly under the Indian sphere of influence. Independent, but friendly with a stake in seeing a strong and stable India.