The Double Tragedy In Rohith Vemula's Suicide: Dalitism Has Become The New Brahminism 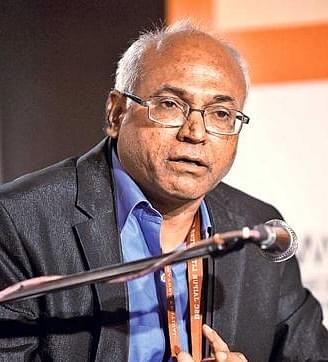 Dalitism is heading in a new direction imbibing exclusivism and chauvinism that is beyond criticism, just like Brahmanism in ancient times. Any criticism makes you a casteist.

The tragic suicide of Rohith Vemula, a bright student of the University of Hyderabad who was suspended for allegedly being involved in campus violence, shows nobody in a good light. The BJP, whose ministers appear to have sought action against the students who may have roughed up an ABVP activist, cannot escape some degree of moral responsibility for Vemula’s suicide, even though they would not have had any inkling about the mental state he was in when he took his own life. The least they can do is show true contrition. Nor can the vice-chancellor who finally acted against the students’ escape scrutiny. Or the members of the Ambedkar Students’ Association (ASA) who seem to have been over-belligerent in their actions on campus. Or, for that matter, the ABVP.

But the biggest indictments must be reserved for two phenomena: the politics of Dalitism that actually is little more than rabid casteism clothed in the garb of radical activism, and the political voyeurism set off by Vemula’s suicide. This is evident from the empty posturing by everyone from Rahul Gandhi to Arvind Kejriwal to Mamata Banerjee, who now think Vemula is a good stick to beat the BJP with. The hypocrisy of it all is evident from the fact that it is Vemula’s Dalit identity that brought them or their representatives to Hyderabad.

Consider how these politicians have actually done precisely the thing that Vemula lamented. In his suicide note, Vemula said that he didn’t want responsibility for his death attributed to anybody, and – even more significantly – he regretted that “the value of a man was reduced to his immediate identity and nearest possibility. To a vote. To a number. To a thing. Never was a man treated as a mind.”

But this is precisely what the politicians are doing – reducing Vemula to a Dalit victim, “to a vote”, “to a thing”. Vemula is not a human tragedy for them, but a Dalit one. Period.

From all accounts, Vemula was not someone trying to wear his Dalit identity on his sleeve; he got his university admission through merit and not an SC quota. But a Dalit is what he has been reduced to. Ambedkar would have been proud of Vemula’s achievements, obtained through personal effort and interest. But what his death has achieved is a descent of political vultures feeding on his tragedy.

This is also a good time to look at where Dalit campus politics is headed. On the Hyderabad campus and also more recently at IIT, Madras, Dalit associations have been busy trying to provoke Hindus with deliberate pretences of loving beef (which is fine, they are free to do so), with intellectuals like Kancha Ilaiah loudly seeking the demise of Hinduism itself. This is also the logic of the Ambedkar-Periyar association, with modern-day Dalits reducing the fight against casteism to a fight against Hinduism.

Ambedkar, despite his own bitter experiences with upper caste oppression, was for the “annihilation of caste” and not the annihilation of Hinduism. But modern-day hate-mongers like Ilaiah think the two are one and the same thing. This is like saying that since virulent jihadism is a major offshoot of radical Islam, Islam itself must be shut down.

Ambedkar, who used logic and reason to arrive at all his conclusions about caste and various religions, at one point suggested inter-dining and inter-caste marriages as the solution to casteism but probably moved away from this position since it would have involved forcing individuals to do something that they may not want. He was thus a true liberal. Instead, he saw urbanisation and market forces as the natural enemies of casteism. This is why he exhorted Dalits to move to urban areas. He had a positive attitude towards capitalism.

History has proved him right, for today the biggest dent in casteist attitudes is being made by rapid urbanisation and market economics. In crowded urban areas, you seldom think caste in your official attitudes and market forces ensure that merit is given precedence over kinship and nepotism. In most metros, caste is relevant only in arranged marriages, where it is entirely human to do so. In economic areas, Ambedkar’s true intellectual successors are the now growing breed of Dalit capitalists and small businessmen who take pride in the fact they can now give jobs to even the upper castes, and not be beholden to them. They are defeating caste by showing they can succeed on their own efforts. This was also Vemula’s attitude, who wanted nothing more than to become the next Carl Sagan.

Unfortunately, Ambedkar did not reckon with the negative fallout of first-past-the-post electoral politics, where a 30-35 percent minority vote can win you an election. So the political system has tended to reinforce caste identities rather than undermine them.

On the positive side, all political parties now court the Dalit vote, and Ambedkar is now the only national icon cutting across all party lines. But radical Dalitists, instead of lauding this trend, want to confine Ambedkar to merely a Dalit icon.

It is unfortunate the Dalits have reduced Ambedkar – whose real place in history should be as one of India’s greatest public intellectuals, humanists and social emancipators – to a private property of Dalits.

The deliberate erection of the Dalit identity in today’s social discourse as inviolable and non-critiquable is no different from the creation of the Brahmin identity in ancient times. Dalits are the new Brahminists of modern day India. Ambedkar, a humanist, would not have approved of the direction in which Dalitism is heading – a new kind of exclusivism and chauvinism that is beyond criticism. Any criticism makes you a casteist.