The enemies of Sanskrit learning 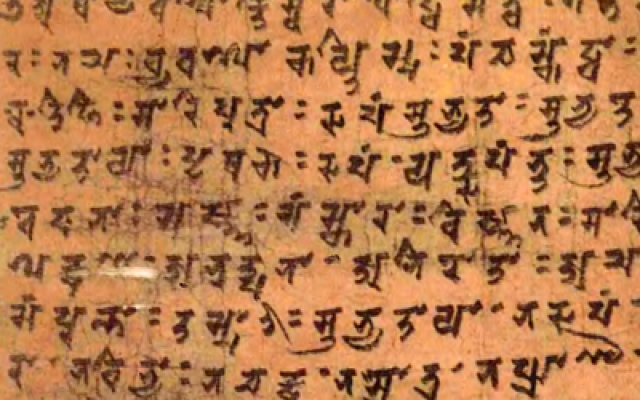 The columnist Ananya Vajpeyi argues shrilly that Sanskrit learning is in the vice like grip of “Hindu supremacists, bigots, believers in brahmin exclusivity, misogynists, Islamophobes...” and it needs to be liberated from the shackles of these “wrong headed characters of the right”.

It is undoubtedly true that respect for Sanskrit is ingrained among most practicing Hindus including those who cannot speak or understand the language.  The medium of all principle Hindu religious texts including Sruti and Smriti literature is Sanskrit while the language through sacred mantra animates all Hindu worship and is the source of all its coming of rites passages or samskaras. Sanskrit had ceased to be a spoken language of the masses several centuries ago.

Moreover, the periods of Islamic occupation in India had unhappy consequences for Sanskrit which was displaced as the courtly language by Persian for purely communal reasons. The rise of the medieval bhakti movement with its emphasis on anti-intellectualism and the vernacular also contributed to dwindling of its social base.  Nevertheless, for Vajpeyi to identify the contemporary native Sanskrit scholars with such utter contempt compels our attention.

Irrespective of the merit of Mr Batra’s case, several independent scholars have discovered Doniger’ scholarship to be seriously flawed in translation and interpretation of Hindu texts, while her account on medieval Islamic India predominantly based on her secular informants is tainted with the brush of what the distinguished historian Koenraad Elst had long back shown as tendency of leftist (especially Marxist) scholars to exhibit in their writings the phenomenon of ‘Negationism”

Vajpeyi is left to gloatingly pronounce that all liberal and progressive Sanskrit scholars with impeccable scholarship find sanctuary in the civilized West, while those in India were a “shrinking community” who felt threatened by “secularism”, “gender equality” and  their invariable marginalization by the advent of modernity and its associated “new knowledge systems”. There are of course exceptions like her ex professor but unfortunately they are on the ‘wrong’ side of the political fence.

One need not necessarily doubt the authenticity of Vajpeyi’s anecdotal experiences in India to condemn her reprehensible stereotyping of indigenous Sanskrit scholars only to champion the supremacy of her Western counterparts. The latter have been providers of  much irresponsible ‘scholarship’ like racial theories propounding the Aryan-Dravidian divides and imaginary ‘invasionist’ theories, or more contemporary kinds which combined amateur Sanskrit learning with spurious psychoanalytical techniques to deride Hindu faith and its religious icons.

Moreover, it is difficult to believe in the idea of ‘Brahmin exclusivism’ in Sanskrit learning when the language is offered freely to school children in India as a third language. RSS affiliated organizations like Samskrita Bharati are working tenaciously for the revival of Sanskrit as a spoken language.

Which brings us to the original question “who have been the enemies of Sanskrit?” Perhaps, those like Bakhtiyar Khalji, the invader who fired with fanatical zeal had no sense of compunction in setting afire the vast Sanskrit library at the Nalanda, one of the oldest university’s in the world.  Or ‘secular’ governments which neglected Sanskrit learning for over 50 years of independence such that it was left by her own admission to the BJP led NDA-1 for a Sanskrit department to be started in the JNU.

The anxieties of Vajpeyi perhaps may not be rooted in status of Sanskrit learning in India or its lack per se. Rather, much of her chagrin apparently rests in the potential utilization of Sanskrit learning by “Hindu nationalists” in propagating a confident, attractive and rich view of India’s ancient heritage and culture. This, not ironically, may fuel a sense of pride in Indian schoolchildren, build enduring values and culminate in a process of genuine decolonization.

After-all, inclusive Sanskrit learning would inform Indian children of the genius of Indic philosophical and theological systems including their inimitable sense of tolerance and acceptance, its manifold mathematical, scientific and material advancements and  its expansive literary heritage. For that you do not need to create obviously fraudulent imagery of ancient stem cell research or Pushpak Vimanas.

The misuse of Sanskrit literature to exploit societal schisms or perpetuate a unique civilizational sense of victimhood of Indian women is a case in point. The Ramayana of Valmiki can be used to discover ideals of truth, nobility, sacrifice, resilience, forgiveness and ultimately dharma but the perverted may want to read only two tales in its final possibly interpolated chapter relating to Sita’a Agni Pariksha or the assassination of Shambuka.

P V Kane dedicated five monumental volumes in analyzing the dharmasastras but the perverted transformed the profound and complex heterogenous corpus by extracting a few disparate verses into manuals of women and caste oppression and put them into exclusive socio-political use for Brahmin and Hindu bashing. Indian NCERT textbooks are also replete with specious use of Sanskrit sources for fulfilling crypto-political agendas.

In the name of ‘secularism’ and ‘egalitarianism’, such shenanigans need not be encouraged anymore. The vast landscape of Vedic and classical Sanskrit learning must no longer serve as arenas for propagating political agendas of the left.