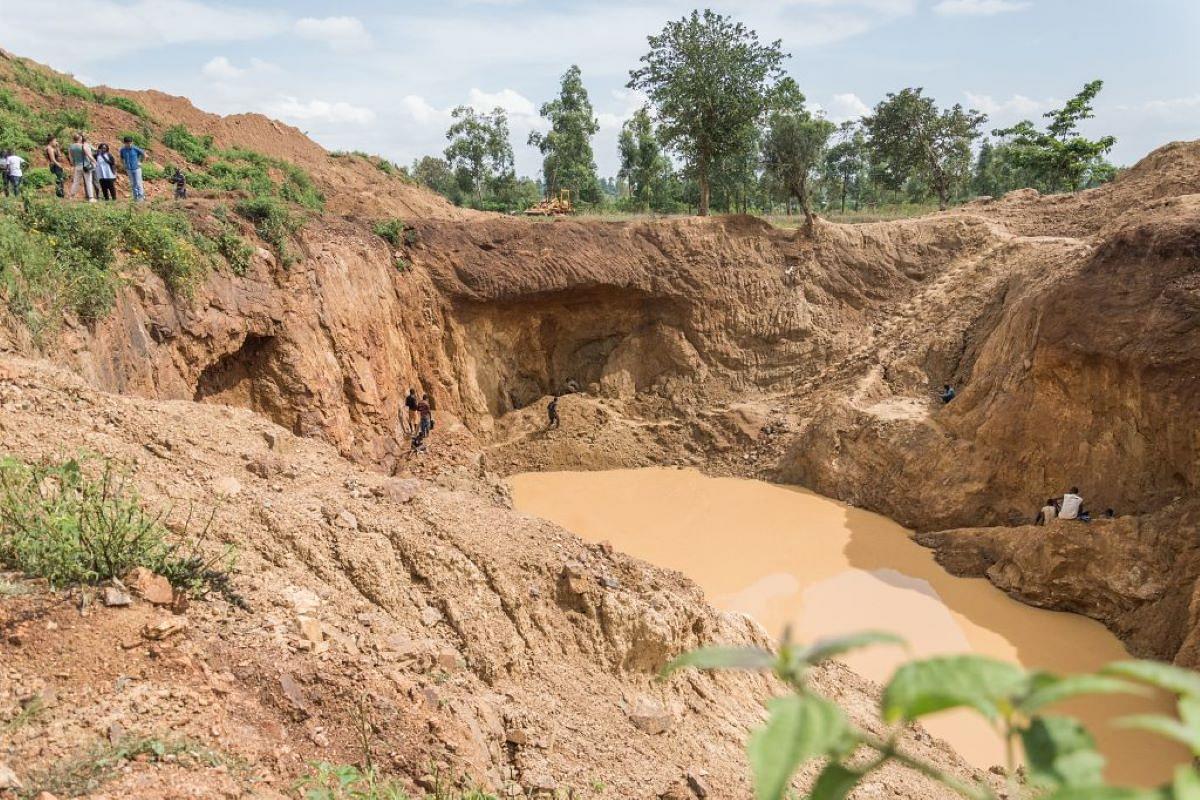 A gold mine in Busia, Uganda

Uganda, a country in Eastern Africa, has recently announced the discovery of a deposit of 31 million tonnes of gold ore, with extractable pure gold estimated to gross 320,000 tonnes worth over $12.8 trillion.

How it was uncovered: Over the last two years, aerial exploration was done across the country, followed by geophysical and geochemical surveys and analyses, Solomon Muyita, spokesperson for Uganda's Ministry of Energy and Mineral Development, told Reuters.

Plausibility of the find: The numbers put out by the Ugandan mining ministry drew some scepticism. A great deal of gold ore is required to produce a single gram of refined gold.

Refining: Gold mines produce rough gold, called doré, which is typically about 80 per cent pure gold. This gold doré is then sent to a refinery, where it is refined into gold of different forms and purity.

What's gold: Gold is a bright, slightly reddish yellow, dense, soft, malleable, and ductile metal in its purest form. It is one of the least reactive chemical elements and is solid under standard conditions.

Gold use: Most of the gold fabricated today goes into the manufacture of jewellery.

Gold demand is geographically diverse, but 72 per cent comes from emerging markets, with China and India representing 50 per cent of all demand. While China accounts for around 28 per cent of the global demand, India's demand accounted for around 22 per cent.

Gold availability: Gold often occurs in free elemental (native) form, as nuggets or grains, in rocks, veins, and alluvial deposits. However, gold is not a rare metal.

Gold reserves worldwide: According to Mineral Commodity Summaries, 2021, by the United States Geological Survey (USGS), the estimated world reserves of gold were about 53,000 tonnes of metal content.