Bengaluru’s Cologne Moment: Law And Order Should Be The Main Focus 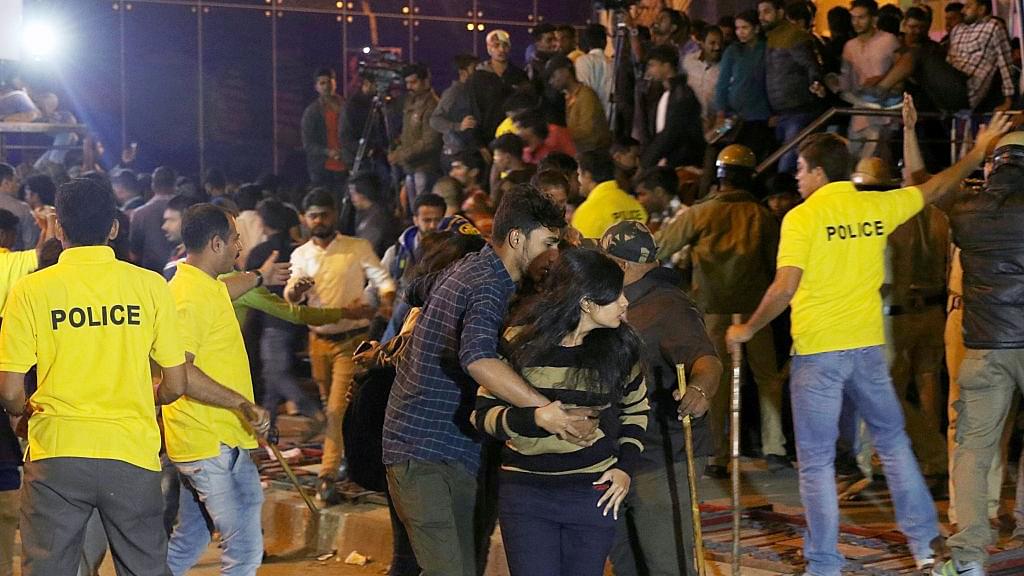 At the beginning of year 2016, we read heartbreaking reports about the vulgar act of mass-groping of women in Cologne, Germany. Now, at the start of this year, the city of Bengaluru seemed to try to outdo Cologne with an imitation of that ghastly act. The night of New Year’s Eve saw groups of women being mass-molested while they were out celebrating on the popular MG Road in the city.

When the German administration was questioned about this horrendous incident in 2016, some of them did their best to side-step the issue. But our case has been different.

When questioned about the incident, Karnataka’s home minister said these incidents were ‘regular’, and suggested that women should not have been out on the street in the first place. He inferred that Indian women invited sexual assault by copying “westerners not only in dressing but in their mindsets too”.

As “luck” would have it, another politician stepped in to settle the issue.

The Samajwadi Party leader Abu Azmi provided the “remedy” by locating the “source” of the problem – the women themselves. They steered away from ‘Indian culture’, he said.

The SP’s Mumbai unit chief added that in today’s time, the more women wear short clothes, the more modern and educated they are perceived to be. And more importantly:

If my sister or daughter is wandering around on December 31 with some guy who is not her brother or husband, then I think this is not acceptable.

Now, let’s not forget that this is the same man who told a city tabloid some years ago that:

If a woman is caught (in a rape case), then both she and the boy should be punished. In India, there is death penalty for rape, but when there’s consensual sex outside marriage, there’s no death penalty against women.

Of course, Azmi sahib has perfect logic; kill the victim, who is the “source” of the problem. As the Hindi saying goes: Na rahega baans, na bajegi bansuri.

What Azmi really needs is a map and a calendar. He doesn’t seem to know he is in twenty-first century India, and is suggesting measures that belong to Medieval times. But alas, even today, there are many like Azmi who are in the habit of blaming the victim.

Lest you think this is a ‘third-world’ problem, dispel that notion. Unni Wikan, a professor of social anthropology at the University of Oslo, said way back in 2001 that because immigrants from Arab countries found Norwegian women’s manner of dressing provocative, the women must take their share of responsibility for incidents of rape. The professor’s conclusion was not that immigrants living in the West needed to adapt to Western norms, but exactly the opposite:

Sadly, arguments like these have been made in the Bengaluru case as well; for instance, “Western culture of short dresses”. All arguments made so far imply reducing the safe boundaries for women. Is the alternative making women responsible for their own security?

More investigation is certainly needed to validate the news that a bunch of drunkards couldn’t be tackled by the Bengaluru police, who apparently ended up being bystanders. News reports claim no FIRs were filed by any of the victims. Is it because many of the victims in this situation have come to accept the contemptuous views of Azmi? If that is the case, then it’s a tragedy that we live in a country where women have to fend for themselves, and outdated social norms trump law and order.

Now, did the media severely chastise Azmi and the state’s home minister for their words of wisdom? Or did they practice soft bigotry by thinking it was ‘normal’ for them to say such things? I don’t remember outbursts from the commentariat when comments like sau tunch maal and thumkewaali were hurled at women leaders by the likes of Digvijaya Singh and Sanjay Nirupam.

Some intellectuals will, of course, blame the gods Rama and Manu for all that is wrong with society. And some would collectively shame all of Bengaluru and call it the most unsafe place for women wanting to go out at night. Either way, ‘law and order’ becomes secondary in the debate. And this shouldn’t be the case.

Instead of normalising such crimes, one should expect the home minister and the city’s law enforcement agencies to investigate, capture and severely punish the perpetrators of 31 December; additionally, they should make sure they create the right conditions for the affected women to talk to experts if they are terrified of reporting the incident directly to the authorities.

Bengaluru has been a pleasant city generally for its residents. This terrible incident does not do justice to its stature. But sadly, I believe this shameful incident won’t be the last of its kind; yet, I hope it at least serves as a wake-up call for law enforcement.