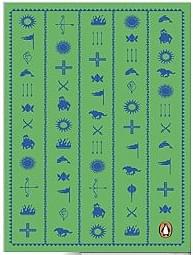 Temptation is a constant in the epic, though the lessons are never straightforward or along expected lines – succumbing to it does not always have negative consequences, and resisting it does not open the gates of heaven either, as Arjuna learned in heaven! Innumerable tales abound on how sons were born to sages – the birth of Krishna Dvapayana as later his son, Shuka exist as prominent examples. Just as men, women too are not beyond temptation. In Anushasan Parva we get to read tales of temptation from the other side, so to say. Dana Dharma Parva has a story of Vipula using yogic powers to reside in his preceptor Devasharma’s wife Ruchi’s body in order to protect her from the advances of Indra in the sage’s absence – a very paranormal tale if you ask me!

While on the topic of temptations, you may recall King Janaka of Mithila as a person who figures not only in the Ramayana, but also in several Upanishads. The wise king makes a frequent appearance in the Moksha Dharma Parva also – as when instructing Shuka. There is a lengthy conversation between Shuka and Janaka, between Janaka and Parashara, where Parashara opines, “If a man knowingly performs wicked deeds and then performs good deeds in atonement, he will separately obtain the fruits of both.” Coming back to temptation, the debate between Sulabha, a female mendicant, and Janaka, is riveting in its own right. Sulabha wished to test King Janaka, and “used her powers of yoga to penetrate the king’s spirit with her own spirit“. The ensuing debate between the two takes place using only the mind – no words are spoken!

Krishna may well have said that a person who was always established in truth was but a child – i.e., of juvenile intellect. Narada had the same opinion. On being questioned by Shuka, he had this to say about truth – “There is nothing that is superior to truth. Truthful words are the best. However, beneficial words are preferable to the truth. It is my view that whatever brings great benefit to creatures is the truth.” We know of sage Vishwamitra, who was once a king and khsatriya, but became a brahmana because of his austerities. Yet there is the fascinating and also poignant tale of King Vitahavya who became a brahmana, not because of austerities, but because of words spoken by sage Brigu, to save him from King Divodasa’s son, Pratardana. Bhrigu’s words were not quite the truth when uttered, but they became true. Pratardana left happy, victorious. Why? Because of the sage’s words, the kshatriya Vitahavya left his kshatriya ways and become a brahmana. For all practical purposes, the kshatriya was no more. In his place stood now a brahmana. This one call the the easy way of becoming a brahmana. The other way is quite difficult, involving a few thousand cycles of births.

While almost the entire Anushasan Parva is in the form of questions – by Yudhishthira – and answers – mostly by Bhishma – you will still be taken aback, to put it mildly, by this proverbial bouncer of a question that Yudhishthira posed to Bhishma: “When there is intercourse between a woman and a man, who feels the greater pleasure from this?” No, this is not a trick question, though Bhishma – an avowed bachelor and celibate – may have felt otherwise, and was certainly unqualified to answer the question. What Bhishma did do was to recount a conversation between Bhangashvana and Shakra (Indra) on this topic – Bhangashvana who was a king and who turned into a woman. A poignant tale, again, made so by Indra’s insecurities.

Vishnu Sahasranaam – the thousand names of Vishnu – is quite well-known, and on which Adi Sankara wrote a masterful commentary, Siva Sahasranaam – thousand names of Siva – however is comparatively less known. This despite the fact that both are to be found in the Mahabharata, and that too in the same Parva and upa Parva – Dana Dharma Parva in Anushasan Parva. The Siva Sahasranaam comes first, in Chapter 17 of Anushasan Parva. Even though Yudhishthira addresses this question to Bhishma, it is Vasudeva who answers at Bhishma’s request. And how did Krishna get to know these thousand names? From Upamanyu. The full lineage of the transfer of knowledge can be traced from Brahma, to Indra, to Mrityu, to Rudras, to Tandi, to Shukra and Bhargava, to Goutama, to Vaivasvata Manu, to Achyut Narayana, to Yama, to Nachiketa, to Markandeya, and then on to Upamanyu, and then to Krishna, who recited these to Yudhishthira. The art of citations had been perfected in ancient Aryavarta!

By the way, do you know the price of a Brahmana? Yes, I mean it – if you had to pay a price in exchange for a brahmana, would you pay a thousand gold coins? No? How about a hundred thousand, a crore, half the kingdom? What if the brahmana in question is Sage Chyavana? Well, Anushasan Parva answers this question. If you are the impatient type, jump to chapter 51 of Dana Dharma Parva to find out.

The penultimate volume – 9 – in Dr. Debroy’s series of unabridged translation of the Bhandarkar Oriental Research Institute’s Critical Edition of the Mahabharata is long, over seven hundred pages, and over eight thousand shlokas. It contains approximately six thousand shlokas of Moksha-dharma Parva and two-and-a-half thousand shlokas from Dana-dharma Parva – both from Anushasan Parva. As has been the trait of all preceding volumes, the text is easy to read, without any of the archaic forms of addressal and pronouns like “thee”, “thou”, etc…. The text is accompanied by copious footnotes, over a thousand, so many doubts are nipped in the bud.

Volumes 9 and 10 were released concurrently, so the latest unabridged English translation of the Mahabharata is now complete. Gods willing, I will have finished reading the tenth volume shortly, the review online, and so my journey too will have reached a logical point of conclusion.