Can Devdutt Pattanaik Really Save Hinduism From Western Distortions? 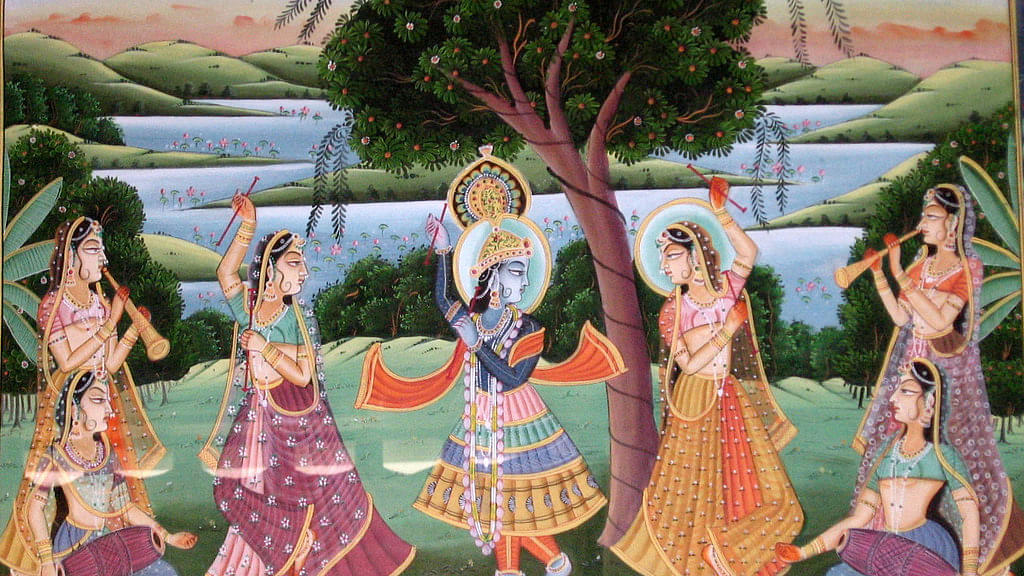 Devdutt Pattanaik is a popular interpreter of Hindu sacred stories, what are now, not always respectfully, called “myths”. In a recent article “From Macaulay to Frawley, from Doniger to Elst: Why do many Indians need White saviours”, he claims that “Indians do not really need Europeans and Americans to tell them what Hinduism, Sanskrit or Vedas were, are or should be.”

Attacking Both Western Critics and Western Defenders of Hinduism

The title of the article appears appealing given the many Western distortions of Hinduism. Yet strangely, Pattanaik criticises both Western defenders of Hinduism as well as critics, lumping them both together as if they were two sides of the same bad coin, suggesting that neither understands the Hindu tradition.

Pattanaik would like us to think that he is honouring this tradition of great yogis that has suffered so much from colonial, missionary, Marxist and neo-modern misinterpretations. But in the majority of his own writings, he himself follows the current politically correct Western scholarship that denigrates Hinduism at a cultural level and downplays its deeper philosophical and yogic dimensions. His comments on Hindu gods and goddesses are often in terms of modern psychology and leftist politics, as if these deities were human beings with personal problems and social biases, not symbols of transcendent and cosmic powers.

Now Pattanaik is suddenly critical of the same controversial Western scholars like Wendy Doniger and Sheldon Pollock that he has previously defended. The mythological approach he uses is an approach they also use and is very different from India’s own dharmic school of thought. Is he questioning that mythological angle that he has so extensively promoted?

Looking deeper, Pattaniak’s article betrays a subterfuge. His critique of Western defenders of Hinduism appears more strident than his questioning of anti-Hindu views. Clearly Western scholars defending Hinduism are his main target, and by implication the defence of Hinduism itself.

Pattanaik makes a point that one has to be born a Hindu to be a real Hindu that is connected to “birth” and “geography”, no doubt to discredit any Western attempts to speak for Hinduism. This is historically easy to disprove given the numerous Hindu temples and kingdoms from Angkor Wat in Cambodia to Vietnam and the Philippines whose populace were not simply born Hindus in what is now India.

Yet the deeper question in all such discussions is the nature of the interpretations given, not the skin colour of the person advocating them. Most important is the methodology that such interpreters follow. Individual scholars are usually representatives of schools of thought that must be examined overall.

The denigrating approaches of such as Doniger and Pollack have prominent Indian supporters, notably Marxists like Romila Thapar and Irfan Habib, whom Pattanaik does not mention. Similarly, the view of Hindu Dharma by Western Hindus has its roots in teachers from India. The books of Sitaram Goel and Ram Swarup have framed much of the defence of modern Hinduism. Yet this trend goes back to Sri Aurobindo, Swami Vivekananda, Lokmanya Tilak and India’s Independence movement that challenged Eurocentric ideas of religion, culture and history.

Mahatma Gandhi’s criticism of Christian missionaries is also relevant here. It ultimately is based upon Vedic texts that address the nature of the mind and the meaning of human life in a very different manner than dominant Western schools of thought.

Pattanaik has tried to place Hinduism’s Western defenders on the “right”of the political perspective, with its critics on the “left”, forgetting that right and left in politics are Western views, not Indian and neither is dharmic. He reflects the statements of anti-Hindu writers who routinely label Hinduism as right wing and regressive.

Pattanaik further describes Western defenders of Hindu Dharma as “authoritarian” and “Abrahamic” in approach, as if they were presenting a distortion of Hindu Dharma. This is also nothing new. The same charge is made by Luytens Delhi against any Hindu groups in India that have sought to proudly promote Hindu Dharma. Such verbal theatrics only shows that he remains ambivalent about presenting Hindu teachings in a respectful manner. He does not otherwise criticise Abrahamic traditions.

Pattanaik seems to have a particular problem with the historical view of the Harappan or Indus Valley civilisation as Vedic, as supported by Western Hindus. Yet, this is also the view of the Archaeological Survey of India and its former director general Prof B B Lal. It is the view of the Geological Survey of India based upon Landsat Satellite photography and numerous ground water studies of the long dry Sarasvati River. It is the view of India’s great gurus today. To call it into question because it is also a view of white Hindus is neither accurate nor sincere. It suggests that Pattanaik does not like the idea of a history of India that gives prominence to Vedic and Hindu contributions.

Hindu teachings, as in the Bhagavad Gita and Upanishads, have at their core a yogic pursuit of higher consciousness, including experiences beyond the human intellect and its limiting dualities. They hold that the physical world is but an outer aspect of a multi-dimensional universe of consciousness, with our inner self having many bodies and many births and ultimately extending beyond all time and space.

Pattanaik does not seem comfortable with such yogic spirituality, which Doniger and company routinely ignore or dismiss, though he throws a few Sanskrit terms around in order to sound traditional. He is particularly unhappy with my claim that Yoga sadhana should be part of any authentic interpretation of Hindu texts. Yet that is not merely my personal view, it is found in all the great traditions of India that emphasise meditation over mere book learning. If sadhana is not part of one’s study of Hinduism, one can only claim to have the view of an outsider.

Is Pattanaik changing his Views?

Pattanaik’s article is a cover-up for his own errors and prejudices. It is an effort to surreptitiously disown his own past with Doniger and company, perhaps out of fear of being judged politically incorrect by these Western critics that he has often kowtowed before in the past. Attacking Western defenders of Hinduism along the way affords him the appearance of being a neutral observer, and makes it more difficult for him to lump with what Doniger and company castigate as the Hindu right that they usually decry as fascist as well.

Make certain, Pattanaik is no detached observer, but has a vested interest in the very negative interpretations of Hinduism that he now seems to question. He has so far shown little interest in any defence of Hinduism whether by Indians or Westerners, much less promoting its deeper Yoga and Vedantic teachings. While there is nothing wrong with changing one’s views, it is better to be honest about it and admit one’s mistakes.