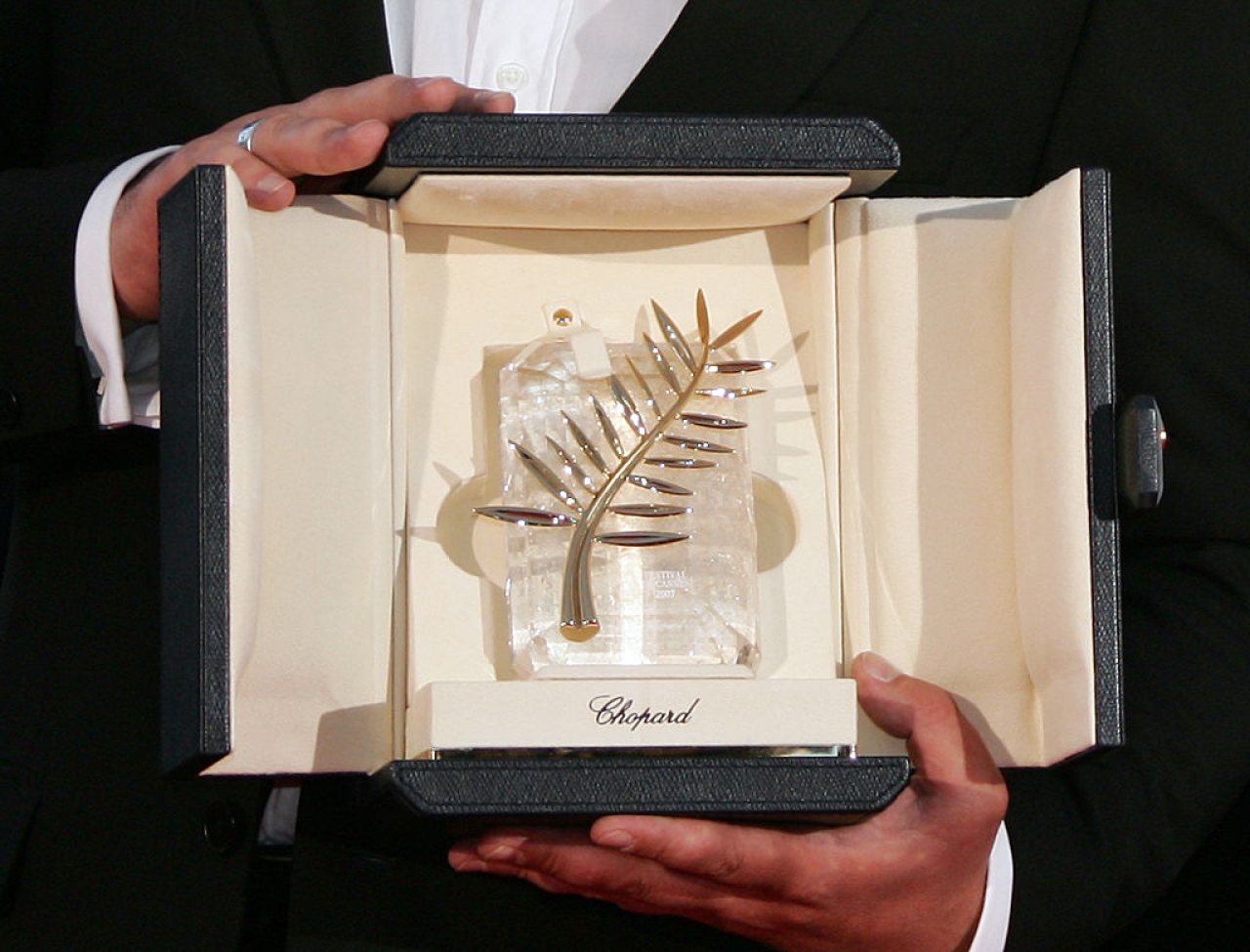 The story was the same this year as well. When the awards were announced on 22 April for the 2016 Festival de Cannes, the most acclaimed film festival in the world, no Indian film had won any major award. Only The Cinema Travellers, a documentary by Shirley Abraham and Amit Madheshiya, the cinematic caravans of India, received a special mention.

Many Indian filmmakers and their works have been feted the world over. Several films have won top honours at other festivals. But Cannes? The only time an Indian film has won the Best Film award here was 70 years ago.

The average young Indian knows about the Cannes fest mainly because the ever-present Aishwarya Rai-Bachchan and some other stars sashay down the red carpet, turning into subjects of glamorous photographs.

This year, some felt that Sonam Kapoor looked gorgeous in her Ralph & Russo gown, while others on social media dismissed it as ‘rumali roti’. Aishwarya’s purple lipstick was torn to shreds, resulting in news, and more news.

When the Cannes fest reopened in 1946 after a six-year break because of World War II, Chetan Anand’s Neecha Nagar shared the Grand Prix du Festival International du Film, the most prestigious award, later renamed Palme d’Or, given to the best film. Based on a short story by Hayatullah Ansari, Neecha Nagar, an effort at social realism in Hindi cinema, was instrumental in the evolution of the parallel cinema movement in India.

In 1951, V Shantaram’s Amar Bhoopali, a biopic about the renowned Marathi poet and musician Honaji Bala set in the Maratha confederacy of the 19th century, was nominated for the top prize that Anand’s film had won a few years earlier. It failed, but won an award for Excellence in Sound Recording from the Centre National de la Cinematographic.

Bimal Roy’s Do Bigha Zamin, which won the International Prize in 1954, tells the story of a farmer, whose two bighas of land come in the way of a landlord’s mission to construct a mill after buying off a large area. The farmer’s struggle to hold on to his land, and his eventual inability to do so, formed the essence of the epic in which song-and-dance routines failed to have any adverse impact on the power of narration.

The 1950s played a significant role in rewriting the sub-continental cinematic narrative after Satyajit Ray’s Pather Panchali won the Best Human Document award in 1956. Influenced by Italian neo-realism, especially the films of Vittorio de Sica (shooting in real locales, with almost no artificial lighting and make-up, and often using untrained actors), Pather Panchali’s lyrical treatment of a story about the plight of a poor rural priest’s family serenely recorded the everyday realities of life, with no significant movement of the plot. (French film-maker Francois Truffaut, then a film critic, walked out of the film show, bored, but diametrically changed his opinion some years later.)

One Indian documentary that received a ‘special mention’ at Cannes was Rajbans Khanna’s Gotama the Buddha (premiered in 1957). Khanna’s simple narration of Gautam Buddha’s transition from being an ordinary man to an influential icon and his relationship with the environment missed the award. But the nod of acknowledgement ensured that India continued to be a presence in Cannes.

Mrinal Sen’s Kharij (1982) about the death of a child domestic help and its impact on the couple that had hired the boy to make their lives easier, won the Jury Prize in 1983. A raw, unforgiving look at the middle class, which capitalizes on the needs of the underprivileged and tries to deflect moral accountability when faced with a tragedy, Kharij struck a chord with the jury, which honoured the film.

Salaam Bombay!, Mira Nair’s first feature film, won the Camera d’Or and the Audience Award in 1988. The bleak story of a poor lad, who learns to coexist with harsh realities that surround him – and people like drug pushers, prostitutes, and beggars – Nair’s strength was her familiarity with the subject matter. If written and directed by someone who had little idea of Mumbai as it exists, the film would have been reduced to a melodramatic farce in which Chaipau, the boy, would have been just another presence in a faceless crowd. Here, he is a boy who stands out, because Nair knows him.

The end of the 1980s promised some hope when Shaji Karun’s Piravi was greeted with a Camera d’Or – Mention Speciale in 1989. The recipient of a bouquet of awards, Piravi, the story of a boy’s disappearance, a father’s wait for the protagonist whose shadow looms large but is never present and the eventual discovery that he has been apparently killed in police custody, is a statement against the ruthless system that shook the commoner during the oppressive Emergency. Nuanced, compelling, and technically outstanding, Piravi showcased the potential of a huge new talent in town.

Shot with non-professional actors, Murali Nair’s Marana Simhasanam was the story of a farmer, who is compelled to steal some coconuts and ends up being the prime accused in a murder committed years ago. After twists and turns, he has to experience his execution by electric chair. Less than one hour long, Marana Simhasanam won the Camera d’Or in 1999 because of Nair’s treatment of a theme that emphasized systemic oppression.

The Lunchbox picked up the Grand Rail’Or in the International Critics Week section in 2013. An epistolary romance in which two individuals create a world of their own through the exchange of letters in Mumbai’s dabba, The Lunchbox was marked by Irrfan Khan’s exceptional performance as a widower, excellent visuals and intermittent humour, which prevents the film from turning into a dry, brooding narrative.

A film about star-crossed love, debutant Neeraj Ghaywan’s Masaan won the FIPRESCI Prize and Un Certain Regard Special Prize for Promising Future awards in the Un Certain Regard section in 2015.  Ghaywan’s work was exceptional, but the long wait for the top prize continues.

In 2016, Anurag Kashyap’s Raman Raghav 2.0 premiered in the Director’s Fortnight section. Saurav Rai’s Gudh featured in the Cinefondation students’ short films competition, while The Cinema Travellers was in the Cannes Classics section.

Chetan Anand was the first one to reach the peak in 1946, and the last one too. Indian films could, and should, have done better. Manufacturing an explanation is easy, but it would not lead to an honest answer. The fest paid a ‘Hommage’ to Ray in 1982; but then, the voice of his craft has made an eternal impact on world cinema. That’s a silver lining, which reminds us of Ray’s influence but fails to justify why India cannot make it big in Cannes.

Each award and special mention in Cannes matters. But a Palme d’Or in the competition section isn’t just an annual certificate of excellence. It often grants immortality to a film in the global space, which is not easy to achieve. When will an Indian film bring one back home?

Advertisement
Having started out as a journalist at 18, Biswadeep Ghosh let go of a promising future as a singer not much later. He hardly steps out of his rented Pune flat where he alternates between writing or pursuing his other interests and and looks after his pet sons Burp and Jack.
Get Swarajya in your inbox everyday. Subscribe here.
Tags: