Excavated Findings At Rare Buddhist Site In Karnataka At The Mercy Of Nature Even After Two Decades, Reveals CAG Report 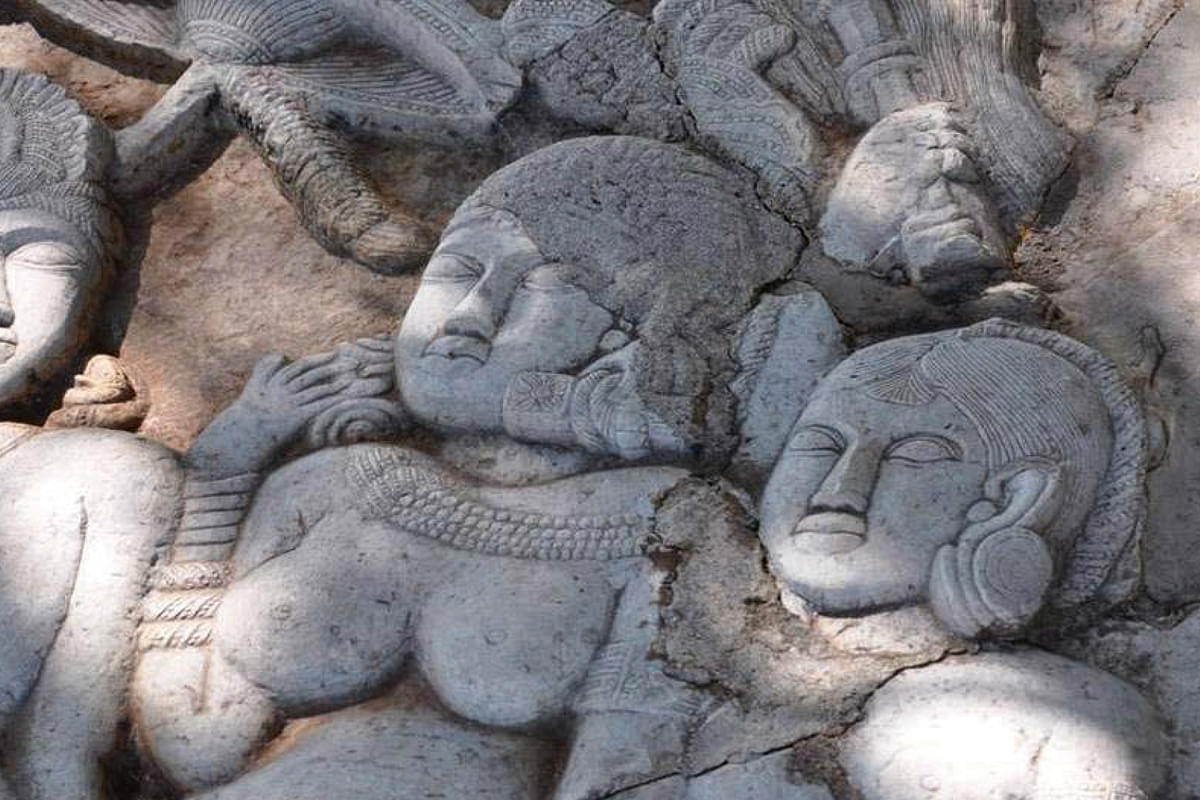 Faulty repair works at the Buddhist site in Kanaganahalli.

The follow up report of the CAG on the Performance Audit of Preservation and Conservation of Monuments and Antiquities of Union Government, Ministry of Culture reveals that the woes of the excavated site of Kanaganahalli in Karnataka still remained unattended to.

As the report explains, excavations carried out at the site by ASI (between 1994-2001) had revealed remains of a unique Mahastupa, pre-historic artefacts, structural remains and ancient vestiges dating back to first century BCE72.

The site that comes under the Dharwad circle is a rare and important Buddhist site.

But the follow up report that is based on the joint physical inspection carried out at the site shows that the concerns expressed two decades ago still remain. As per the report:

In 1993-94, Government of Karnataka approached Bengaluru Circle of the ASI for archaeological clearance for construction of a dam at Bhima river at Sannati.

During exploration for this purpose, several pre-historic artefacts, structural remains and ancient vestiges were noticed in the area.

After extensive excavations by the ASI during 1996-2002 the remains of a unique Mahastupa (Great Stupa) were discovered at Sannati, near Kanaganahalli.

The site was acclaimed as a rare Buddhist site by the experts and notified as a protected one. It was also said to be home to a unique panel with a labeled sculptural frieze of King Ashoka, which is the only one of its type in the world.

In 2013, the CAG audit report said that despite an expenditure of Rs 1.42 crore, the excavated parts of the Stupa and the panels were lying scattered in the open.

Water had accumulated in many parts and black patches had appeared on the panels. Some panels were covered with plastic sheets to prevent rain water but moisture had damaged the panels.

Despite instructions for the provision of temporary shelters by the DG, ASI in 2012, only a cloth shed had been provided even in December 2012. The report had also highlighted the neglect and carelessness with which activities on the site were being carried out.

“An unsuccessful mending work was carried out on the panels by using non- magnetic steel rod and epoxy resins, without proper testing. The Ashoka Panel was repaired by the ASI leaving it damaged” said the report in 2013.

It highlighted that the inventory of the parts was unavailable at the site.

It also pointed out that while making replicas of some panels in 2012, the ASI had used fibre glass as mould instead of softer alternatives like latex which left glass pieces stuck in the curves of the friezes.

Attempts by ASI officials to remove them using chemicals followed by oil had left the limestone panels discolored and damaged.

The August 2022 report concludes that issues connected with exploration and excavation activities viz. non-existence of action plan, absence of centralised information and monitoring mechanism for excavation activities, delay in report writing work, insufficient budget allocation etc. as pointed out in previous report have not been resolved.

Although it adds that the Ministry of Culture had stated in January 2022 that the conservation of the excavated remains of Kanaganahalli and providing shelters/shifting to the nearest building will be its priority in the coming financial year 2022-23.