Here’s What Gernail Saab Thinks About “Jihad – An Existential Threat” 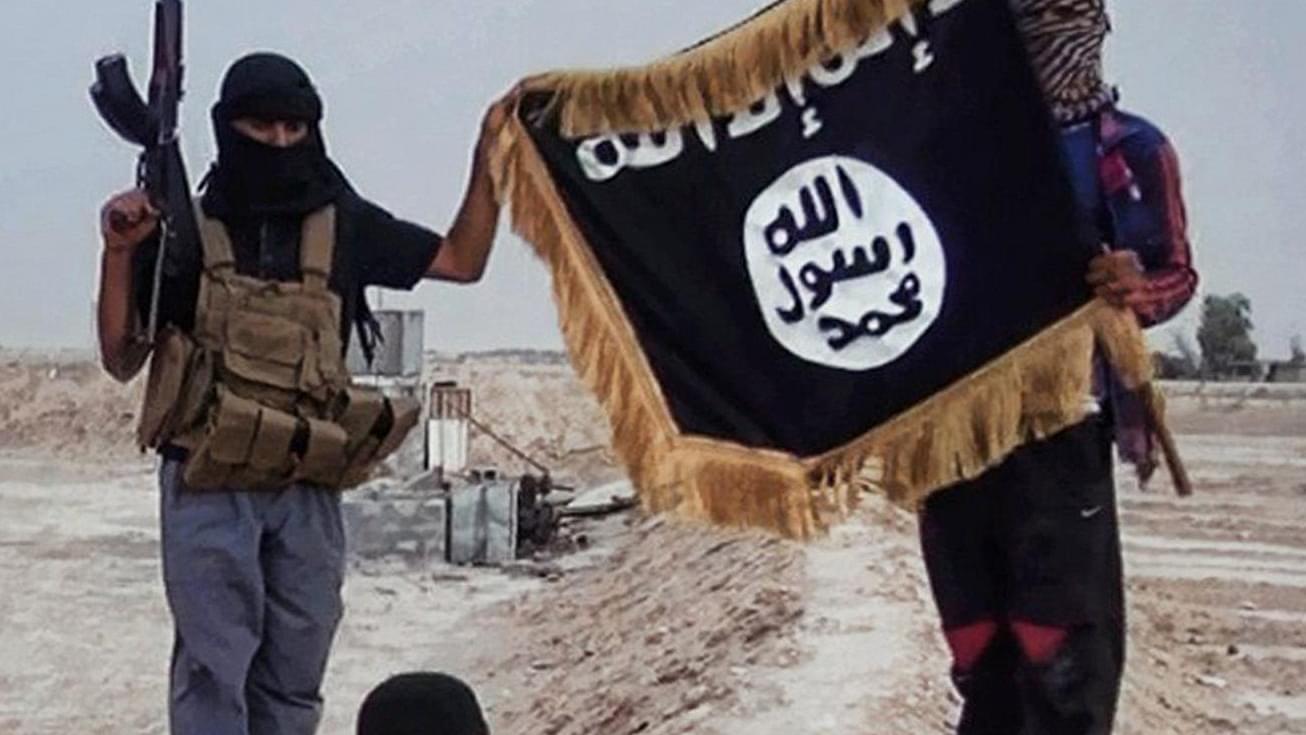 ISIS terrorists are a threat to humankind

Gernail Saab writes an insightful microblog on Twitter under the handle @GernailSaab. His comments are so sharp and expose Pakistan’s hypocrisy in such a telling manner that Pakistan establishment has had his account suspended no less than four times.

He has also published a dictionary of the terms which dominate the discourse in Pakistan establishment. He agreed to speak to Sanjay Dixit for the benefit of the followers of “The Jaipur Dialogues”.

What has been the impact of Islam over classical civilisations?

The classical civilisation – Roman and Greece, had flourished from central Europe, extending up to Near East, North Africa and Iberia – area currently divided between Portugal, Spain and southern France. North Africa was considered the “granary of the Roman Empire”, a region made rich and prosperous because of its advanced (according to that time) agrarian practices.

What is common knowledge is that the Arabs conquered all these areas during the initial period of Islamic expansion, but what remains less emphasised is that these areas were subjugated within a space of less than a century.

Further, historians, over past eight decades have consciously overlooked the idea that Islam was the primary cause for the end of classical civilisation. Even today, it is commonly repeated and understood that the fall of Rome began in fifth century – a good two hundred years before the beginning of Islamic expansionism. Per scholars, Roman civilisation was in tatters by the time Arabs arrived on the scene, and the Islamic invasion essentially was smooth, if not unchallenged.

History is written by the victor, goes the adage, and this has been true with European historians framing their scholarly work based on Arab annals, thus repeating an unverified and unscientific narrative of nonviolent expansion of Islam. Thankfully – truth cannot be hidden forever, as recent archeological evidence attest that the classical civilisation did not end in the fifth century, but rather was brought to a forceful and violent end by Arab invaders. The Islamic expansion terminated the classical civilisation, in fact any civilisation that it encountered.

The recent archeological data asserts that, it wasn’t Germanic barbarians that destroyed the culture and civilisation of Rome but Islamic invasion destroyed North African/Mediterranean agricultural system, shattered literacy and led to the violent demise of an otherwise vibrant, rich civilisation.

Islamic invasions have not been the only invasions in history. Why give them a distinct place?

Historian Emmet Scott, in his recent scholarly publication Mohammed and Charlemagne Revisited had decisively identified in detail the devastation wrecked by Islamic expansion on culture and civilisation of the Mediterranean region, in the process destroying any ancient work (rather than preserving and building on top of it) that did not conform to the norms of Quran. Emmet Scott’s work also conclusively establishes strong and sustained connection between African salve trade and Arab nomadic culture, something that Quranic message only corroborates.

Wars have been fought throughout the history of the world by humankind, whether be it Ashoka, who destroyed Kalinga or Scipio, who destroyed Carthage, but what’s unique about Islamic expansion is its abject disregard for ancient knowledge, art and literature, and systemic destruction of ancient culture and civilisation. For instance, when Scipio’s legion devastated Carthage, he made sure volumes of books written by Carthaginian are preserved.

How do you see the jihad in the modern context, particularly in the context of the Indian sub-continent?

This historical context is interesting in the light of what Islamic State of Iraq and the Levant (ISIS aka Daesh) is attempting to establish, with no less determination than the Arab invaders of seventh century, in their quest to purge ancient Assyrian history and artifacts or the Afghan Taliban, cohabited with Pakistan army attempted with the destruction of Bamiyan Buddha, or the likes of Aurangzeb, Babur, Ghaznavi attempted during the incessant wave of invasion in the Indian subcontinent.

The point worth noting is, while Islamic invasion wrecked havoc and destruction upon ancient civilisations that it encountered in its path, be it Roman or Persian, in the process annihilating the ancient culture, knowledge and history, within a span of century wherever it went, but the undefeated Islamic expansion faced its toughest and longest challenge in the cradle of human civilisation – India.

And while, the recent revival of call to jihad, seems new for the western world, but it’s not so new for the Indian sub-continent. There are writers, scholars and analysts that still see jihad as recent phenomena and therefore try to correlate to one or more external event, the reality remains – Quranic war is an integral and inseparable part of Quranic message. And by seeing the incidents of current Islamic jihad in isolation or as a reaction to an external event, in my opinion, is intellectual dishonesty.

The interpretation of Quran is important to the understanding of ‘just war’ i.e. jihad in Islamic world, as Quranic message of jihad remains the ideological foundation of international jihadist movements and its unapologetic rationale in use of terrorism to accomplish political and religious ends.

The Quran makes it dutiful upon followers of Islam to fulfill the mandate as revealed by Allah to the Prophet Mohammed. That mandate remains to call all of mankind to Islam, da’wa in the fulfillment of god’s will and importantly to help ensure Islam’s unimpeded triumph throughout the world.

Aren’t there many interpretations of the word “Jihad”?

The most important word in the vocabulary of Islam is jihad, a word which means ‘striving’, ‘struggling’, ‘trying to advance the divine cause or purpose of god’ on earth. The trouble, however, is the call for jihad, not merely represents a metaphysical struggle for the reign of Allah’s will on the earth between the forces of god, dar al-Islam, and that of dar al-Harb, those who dwell in ignorance and darkness of the true knowledge of god, but extends to physical world, with Quran calling upon believers to “strike terror into the hearts” of Islam’s enemies.

While, lots of reformist Islamic scholars, interpret jihad as an internal tool for spiritual quest which, despite their good intentions, is deceitful, in my opinion, because Quran is explicit in its call and duty for believers, leaving very little room for misinterpretation.

Islam, calls man as Khalifa-tul Ard, meaning the successor to earth. And the man is sent upon earth to establish god’s will and order, as laid out in Quran, against satanic forces. The Quran calls man, to clearly take sides between haq and na-haq (truth and untruth), between halal and haram (legitimate and forbidden), and when a man chooses the course of conduct as revealed in Quran, he fulfills god’s law. This picking of sides on the path of god is called jihad bin-nafs (internal struggle) that most reformist scholars in Islam refer too.

While, such internal struggles between good and evil, between truth and untruth, are ordained in every religion, where Quran goes few notches up is by, calling upon believers to carry out jihad (just war) when someone is trying to obstruct the will and order of god and to omit such jihad, tantamounts to culpable omission. And these themes have been echoed by every terrorist organisation such as Al Qaeda, Taliban or Daesh.

Factually speaking, the war aims of any Muslim engaged in fighting have also been stated in Sura Mohammad verses I and 4: “Those who disbelieve and hinder from the path of Allah….”, further it goes on to state, “Therefore, when you meet the unbeliever smite their necks…”, the “you” referred here is the body of believers as a whole, that is – every believer is to contribute his share towards waging of war.

Quran uses the term, fitna – which means treason or misconduct on part of man, who established his own norms and expects obedience from others, thereby usurping Allah’s authority. With such expletives at the source of Islamic thought, any surprise on the direction Islam took and continues to take, in its quest for supremacy and destruction of any thought (including modern democracy) that is not in alignment with Quran?

So, be it the two-nation theory or the hostilities that Pakistan continues to flare in the neighbourhood or the struggle Muslims find themselves when in majority against a secular state in – Israel, Chechnya, Xinjiang and Kashmir or even incidents like mutilation of Indian soldiers by Pakistan army or acts of Islamic terrorism spread across Europe and America – are nothing but a manifestation of Islamic thought formed by Quranic message.

Interesting to note, is that – the Prophet's military campaigns and more specifically, the battles of Badr, Ohad and Khandaq, are mandatory read in Pakistan’s military.

Where do you place India in resisting this nihilist philosophy?

Fact remains, that the Indian nation, with its vibrant culture and civilisation, despite continuous waves of conquest, not just withstood but also halted the unobstructed expansion of Arab nihilist culture.

And as a student of history, if I were to point out three key factors for achieving such a feat, it has to be – India’s remarkable ability to bind the diversity in practices, rituals, religion and languages, in a system of complete decentralisation yet preserving homogeneity. Such diversity, accommodative spirit and decentralisation, helped India both absorb new ideas (including the idea of Islam) and spread its ancient ideas, thus making it harder for Islamic conquest to ideologically subdue, control and systematically alter the ancient culture of this land.

Equally important factor has been India’s societal structure – caste system. While there are thousands of wrongs about caste system, but credit must be given where due. The caste system insulated and preserved knowledge of Vedas – the source of Indian civilisation, and has managed to hold on the incessant wave of invasions. The third key factor is that the ancient Indian nation matched the recklessness of blood shedding by the nascent and barbaric conquests, both in quantity and quality.

In its entirety, the Indian subcontinent has had to pay a huge price to reclaim its civilisation. And today, with Middle East in turmoil, banner of jihad unfurled again, America in a state of battle fatigue and while the Dragon orchestrates it’s rise – is the Indian nation equipped to reclaim it’s lost glory, both in spirit and in substance?

I leave this question for the reader to ponder.

That is a wonderful explanation, Gernail Saab. Any message for the readers of Swarajya Magazine?

My message is shalom.