How Nirbhaya Has Affected Our Thinking 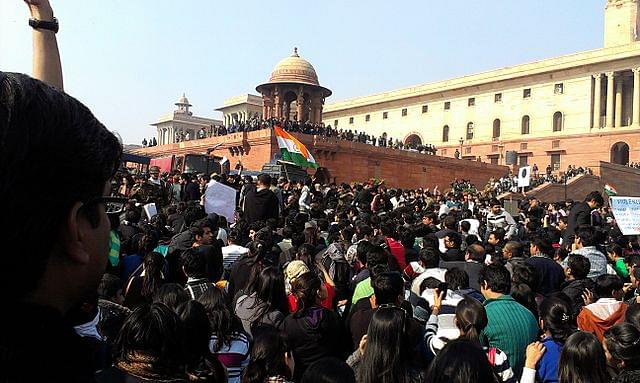 Through her ordeal and in her death, Nirbhaya held a mirror up to the choices we make every day, and the way we live.

Nearly three years ago, on a winter’s night in Delhi, a young woman was brutally gang-raped inside a moving bus. She survived, only to succumb to her injuries about two weeks later at a Singapore hospital. To maintain the anonymity that our legal system requires us to do in case of rape victims, the press called her ‘Nirbhaya’ or the fearless woman. Given that she did not exactly exercise a choice to be so assaulted, whether she felt fear or not seems quite beside the point. But through her ordeal and in her death, she did hold a mirror up to the choices we make every day, and the way we live.

What do we tell our children?

A few days, or maybe weeks, into the 16 December incident of the gang-rape of a young woman inside a bus, I remember having a striking conversation with a close female relative. ‘This is a very difficult time to be a parent,’ she told me. As every other mother, she wanted her ten-year-old boy to one day grow up to be a responsible and loving man, who respected women as equals, and not out of any innate sense of superiority or propriety. The worst thing is, she had continued, he isn’t even talking about it; he just has this curious smile when the news bulletin is on, which means he is talking to other ten-year-old boys to better understand things.

Both of us knew no good could possibly come from the knowledge pool of the juvenilia, and we talked about ways and means of making kids learn to distinguish between the ghastly and the permissible. In the days after 16 December, as a country was battling shock, rage and sorrow, many were also looking for a new lexicon to better prepare the coming generation.

You can have fake passengers on a bus

To anyone who has ever used a public mode of transport (which, I assume, would be many of us), the relief that comes in sprinting to that last bus/train/underground service is undoubtedly one of the tiny joys of life. Home is now just one ride away we tell ourselves or those who might be waiting up for us. One of the cardinal mistakes the victim did on the night of 16 December—and for which she paid most dearly—was to assume that the men on the bus she was boarding were ordinary passengers unrelated to each other and not predators ganged up together on a joyride. The check list – that veritable list of dos and don’ts – inside every woman’s mind changed after that night: but how exactly do you make sure that the inscrutable faces that surround you on a late night transport or perhaps a near empty café are not part of a vicious web about to trap you?

It’s easy to become a slave to fear

Any incident of crime that hogs public attention and imagination is bound to induce changes in behaviour, both at the individual and collective level and 16 December, 2012 was no exception. Sales of pepper sprays went up, newspapers reported, as did enrolment in self-defence classes. Teenage girls confessed to keeping knives or other sharp instruments in their purses. Chaperoning, wherever possible, was increasingly resorted to, and women began to alter their habits to suit the new world that had suddenly happened upon us. Social media got flooded with well-meaning advice for women wanting to stay safe. The victim may have been wearing clothes appropriate for a winter’s night but those whose favourite bugbear is western clothing managed to, willy nilly, bring it up. A few days after the incident, I saw a couple of early-teen schoolboys chase two young women, seemingly in their late 20s and on their way back from work, along a pavement. When fear grips the imagination, chasing women can become a national pastime.

Molestation gradually fell out of the discourse

There is an unspoken universal language of femininity, though it’s possible you might not have noticed. Its range is limited, from a stoic resignation that says ‘I was just felt up’ to a silently imploring one, in case there is a female in the vicinity, which says ‘Can you help me out here?’ Rarely reported yet one of the most widespread and systemic ways of abusing women, there is no public space that is free of this menace or a possibility of going through life without encountering it one way or another. The night a young woman’s innards being ripped out in a city bus became the new normal, things changed though. Being pinched or squeezed or fondled stopped being a big deal, as long as your gut was still in its place.

Women were not safe anywhere

Among other things, what 16 December, 2012 managed to do was shake every single Indian out of the stupor of inaction and apathy in which we seem perpetually immersed. Human life is cheap and abundant here, but the loss of one ordinary young woman dominated hearts and minds longer than any such death in living memory, and just for that once, very few people cared what celebrity jibber jabber might have to say about it. Did anybody want to leave the country? My research is inadequate there, but reports of a similar brutality visited on young women around the same time—one from a Johannesburg suburb and another recounting the sexual antics of a victorious basketball team in the US – more or less affirmed the notion that women are unsafe largely everywhere.

Why did it happen?

Patriarchy is not an easy horse to flog, what with all of us acceding to its demands and making sure it stays the course. It got its share of brickbats though, as did every other occupant of the cultural space – from lascivious heroes of mythologies to the come-hither starlets performing their raunchy ‘item numbers’ – in the pop-psychology sessions held back in those days. Bollywood especially got an earful, with its penchant for coarse wooing practices though it seemed somewhat far-fetched to think it could excite such extreme levels of violence. A few well-meaning voices tried to bring up the two issues which seemed to have singularly contributed to the horror of that night: the lack of safe public transport choices and the fact that large areas of the capital city seem to be always swathed in darkness come nightfall.

What do we tell ourselves?

In spite of its gut-wrenching gruesomeness, the incident from the night of 16 December was not the first of its kind in the annals of murderous sexual assaults, nor (unfortunately) was it likely to be the last. If it left an imprint on our collective psyche, it is possibly because the dangers inherent to a woman’s person and body had just come too close for comfort. This was no teenager from some rural boondocks, getting jumped on and violated while out in the fields to relieve herself before dawn. Such incidents (and places) existed in the periphery of our consciousness but they didn’t burn us with shame and fear, because we were pretty sure they could never happen to us. But a Hollywood movie at a fashionable mall, followed by quick a meal perhaps and then a ride home was so, well, ‘us’. What indeed could we tell ourselves now?