Jallikattu: Maneka Gandhi Should Have Kept Quiet On This One 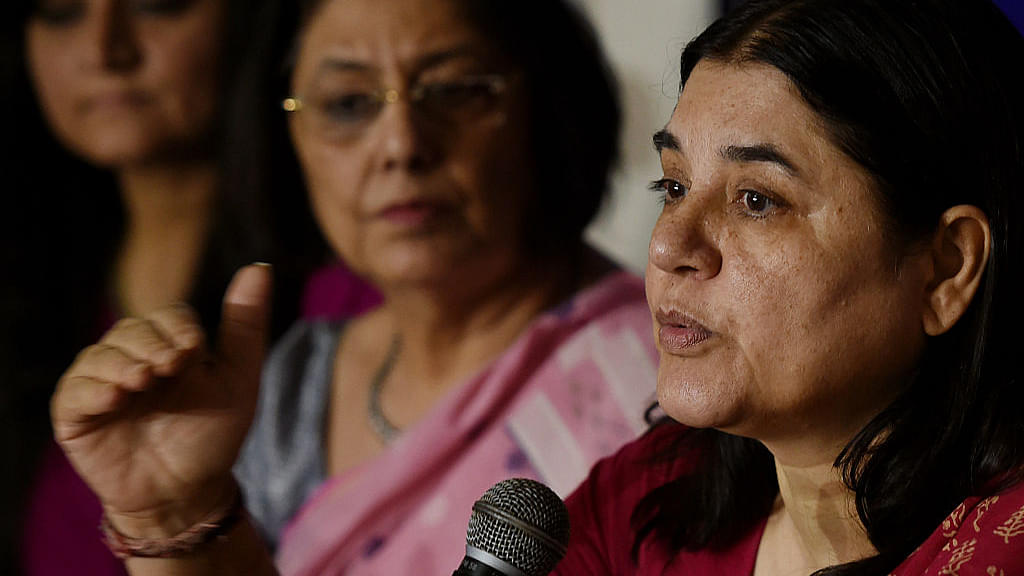 Allow me to begin with a cinematic example to match your own dramatic comparison in your recent Firstpost piece. You compare Bakrid and Sankranti to a Hollywood movie where, for one day a year, whites are allowed to kill blacks (as you put it). There is also a movie called The Passion of the Christ. (India is a secular and pluralistic country, so let us learn from our religious diversity rather than insult it.) In this movie, there are incredibly explicit, prolonged depictions of brutal torture and suffering. The Roman tyrants have whips, thorns, crucifixes -- all sorts of insane paraphernalia at work on the broken body of one poor human being. Now, if something like this were to happen in real life, would you:

a) Take away the nails, hammers, whips, saws, swords and other deadly instruments of pain, dismemberment and death?

b) Run to crush a poor fly or mosquito at best that is being a pesky bother to this gravely wounded and dying man?

Your position in your Firstpost article seems not only like a continuation of your rigid adherence to “B” here, but even worse. You are now equating, to continue the example, the damage done by a mosquito to that done by something like a whole imperial army armed to the teeth and with orders to leave no trace of life at all. That is the contrast in terms of the size and scale between the examples you mention (horrible as they are) and the industrialised and ritualised animal-slaughtering global culture that exists today.

Now, for the record, I state that I also recognise the limits of my own example and agree with you on the need to end all cruelty to non-human life; the birds in Assam, the foxes in Karnataka and indeed even the bulls in Tamil Nadu that you and others like you are so singularly concerned about. I do not think there is any moral depravity bigger than the animal holocaust that has been let loose on the world, and I am in the middle of writing a whole trilogy to bring attention to this issue. I do not think anyone, vegetarians, or even vegans, can escape the karmic footprint of animal violence on which human society today functions. So I could not care less at all to judge human beings on the basis of their culture, religion or identity, and have written about the need to put animals well over human identity politics many times before.

And as a pioneering figure in the Indian animal rights movement, one would think you would value animals over human needs to score brownie points or feel self-satisfied or worst of all, avoid admitting you might have been mistaken in your understanding of something.

If you look around in the media, you will find that critics of the Jallikattu ban are not all Hindu/Tamil cultural fundamentalist, animal-hating, alcohol-binging, blood-betting torturers like you have made them out to be. There are environmentalists, cow protection workers, vegans and others deeply involved with the movement too, who are questioning the wisdom of blindly demonising Jallikattu. There are concerns that banning the practice as a whole (and not just its occasional abuses) will hurt the survival of native breeds and hurtle us even more from sustainable local farm practices into wholesale industrial farming. Do you have measures in place to keep the local, farm economies from being destroyed by large-scale agribusiness invasions? Do you think industrialising dairy production to apocalyptic Western levels, which is what seems to be lining up on the horizon, will actually reduce animal suffering? Surely, you know more about all of this than most of us.

And yet, you choose to pick a desperate and truly self-demeaning approach to defend the indefensible error of your position here. For the first time, to me at least, it seems that you care more about your need to prove your “civilizing” credentials above fellow Indians to yourself (you actually use the phrase “everyone looks down on it as civilized people should”, which is both inaccurate and condescendingly elitist) than about the enormous challenges we face in persuading people and economies to redirect radically away from animal suffering.

Simply put, we need more and more humans to become aware of the fundamentally, biologically communicative properties of pain and not become even more indifferent to it, or worse, deliberately immune to it because they have been made to feel defensive or angry. It is rarely reported, but a common observation among people in India is that there has been a competitive increase of late in religious displays which often culminate in animals paying the price in even larger numbers. If people in authority and public prominence like you divide people on the basis of their religion, single out one of them regularly and far more than others, they will push back and play their music louder or burst their fireworks longer; and in turn, others will push back even more and slaughter their “sacrifices” on the shared doorsteps and driveways of their apartment complex neighbours. Whatever might have been Mahatma Gandhi’s limitations in the treacherous world of human politics, he was not wrong in advocating for “knowledge, education and the spirit of kindliness” as being far more effective than mere laws when it comes to cow protection, or, one might add, animals generally.

As you have yourself admitted, laws banning animal-abuse customs haven’t really changed things on the ground. In the end, it is only the example of a human being on the spot, a guru, a teacher, an elder, a sevak, who can inspire those around him to feel kindness and pity and refrain from such practices. When I visited Hampi a few years ago, I was humbled and inspired by what my hosts told me: they used to hunt animals until my father, a wildlife zoologist from Osmania University, visited them with his doctoral students in the 1980s to research otters in the Tungabhadra. Knowing my father, he might not even have really said anything explicit, much less rude. And yet, his presence had turned them from hunters to avid conservationists. (On an inspiring note, here is news of a sanctuary that has come up for otters recently that I share in honor of my father’s memory.)

As for the legally-permitted mass slaughter of animals for mundane consumption, export and religious festivals, you can at least start by refraining from equating the two; all the foxes, cows and birds harmed by carelessness do not compare in scale, urgency or inevitability to the ritualised killing of hundreds of thousands of bleating, crying sheep and cattle around the world. This is not “whataboutery” or evasion. It’s a fact. You can reduce and even eliminate animal suffering on Sankranti such as it exists through care and control; you cannot reduce an animal’s suffering if its throat is being cut, even if those cutting it are not drinking or gambling as you have noted in your article (please let me pause and contemplate this; do you really think it is morally superior for animals to be killed on Bakrid because there is no drinking or gambling?)

Mrs Gandhi, your calling Sankranti a “day of massacre”, as you have in your article, is surely one of the most egregious acts of deliberate ignorance and insult committed by a senior member of an Indian government, ever. It is factually incorrect, historically untrue and a vastly offensive exaggeration. Would you, for example, have written an article denigrating the entire medical profession because some medical students threw a puppy off a roof recently? And vivisection is frankly a far more systemic problem as you know, than one day of four or five local events in a country of one billion people that can be corrected with local engagement and support.

It is my sincere hope that you understand the glaring follies in your argument. Please use your ministry to support rural activists, farmers, traditional cow protectionists, everyone and anyone who can stand there in the mud and dust and make sure that the abuses do not happen. You do not help the cause of animals by insulting the entire Hindu population about one of its most endearing, happy and indeed non-violent festivals. Or maybe you have unintentionally just done that by reminding us that the battle for animal liberation will be won only by those who genuinely put animals above all else, most of all petty civilising missions against a civilisation that has lived in peace with animals far more than anyone else.

On the bright side though, you have unwittingly reminded us, Minister, that it is time for Hindus to take charge of animal liberation once again. That, we surely will. We cannot, it appears, simply leave it to people who think like you.