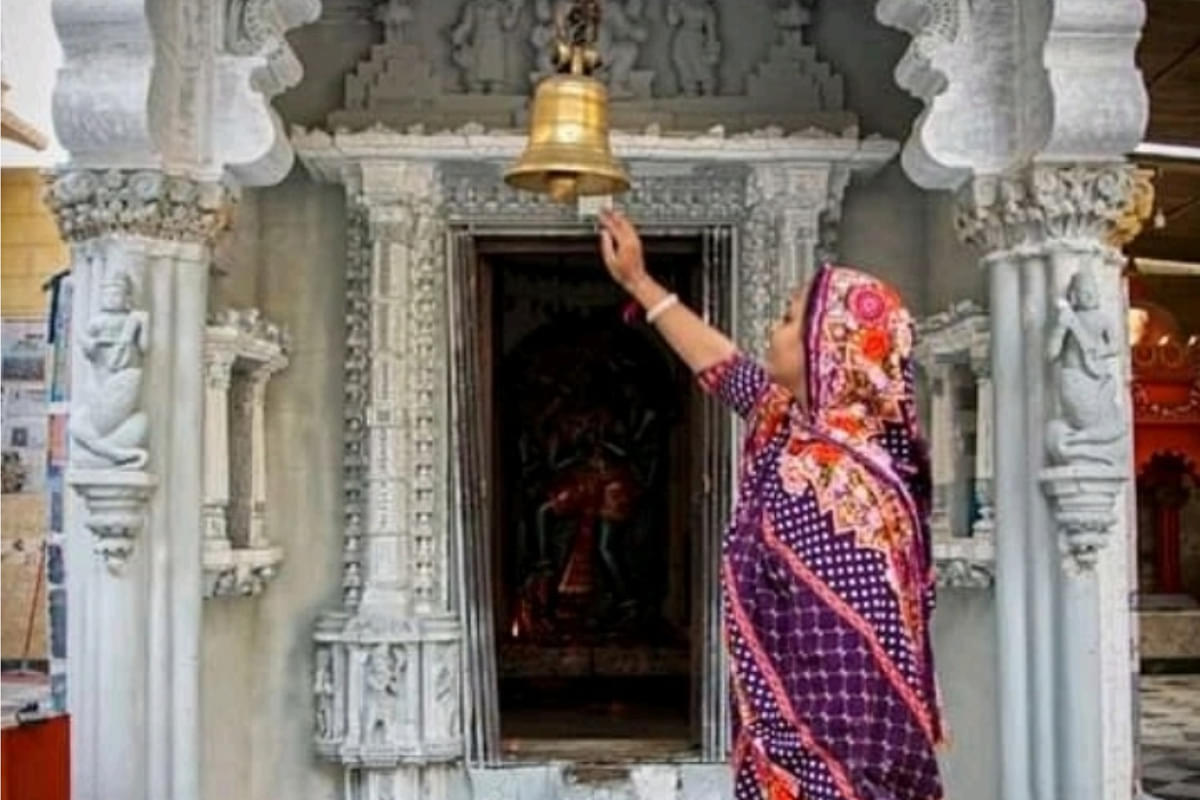 A devotee at a Hanuman temple. Image for representational purpose (Wikimedia Commons)

As every Gregorian year starts, we see two new disturbing rituals in India. They have almost become a trend.

In one, a section of Hindus wants temples to be unlocked at midnight and celebrations conducted therein.

Simultaneously, another section of Hindus considers even new year wishes and visiting temples on the Gregorian new year an act of deracination.

The fact is that both are extremes.

The Gregorian new year is here to stay. True, it is because of colonialism. It is also true that it is not in tune with our natural seasonal and celestial cycles as Hindu calendars of various regions are. But it is here to stay.

From our paycheques to our school admissions we follow that calendar. So it is only natural that we extend greetings on the day a new year in that calendar begins.

At the same time, our temples are sacred spaces. We cannot make them follow an imported custom. That is imposition. A civilisation like ours should not trivialise its sacred spaces.

What it should do is provide spiritual and emotional support for its people.

For example, in the Sri Ramakrishna tradition, 1 January becomes a 'Kalpataru day'.

In Sri Narayana Guru tradition, devotees carry out a pilgrimage to the cave where Sri Narayana Guru meditated, in Maruthuvazhmalai at Kanyakumari district, on 1 January every year. In the Sri Aurobindo-Mother tradition, new spiritual messages are given on the new year's day.

This is how a great civilisation absorbs traditions outside itself and makes them its own. This is done not to appropriate or conquer but to create comfort and positivity for its own people. Going outside this range is to enter into extremes.

If Hindu Dharma teaches us one thing throughout, it is to avoid such extremes, which arise out of the myopia of the mind.