Kannada Will Grieve, As Its 'Adopted Son' Bids Farewell 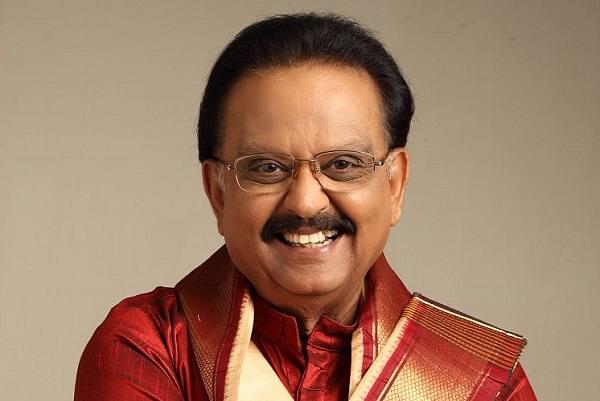 The pinnacle of Bhava, Bhakti and Bhasha (Emotion, Devotion, and Diction) is how one may describe the man who passed away last noon gently, placing anyone who has heard him even once, into a strange, musical silence.

Even as the ‘gaana gandharva’ merges into the five elements today, he has left behind an ocean of admirers who have forgotten how else to emote, but through the songs he rendered the ‘bhaavas’ in.

Devotion embodied itself through the ‘Bhakti’ music that he wooed possibly all the gods with.

And, in a time where fanciful ideas of not knowing anything other than one’s own language is being flashed as a virtue, here was a Telugu man, who sang more Kannada songs than he did in the language of the state he chose to be based out of — Tamil — or his own mother tongue, Telugu.

Over 19,000 songs out of his around 42,000 repertoire are said to have been in Kannada; and so were the highest number of songs he recorded in a single day.

On 8 February 1981, this son of Ma Saraswati recorded 21 songs for composer Upendra Kumar, in a straight 12 hours.

For SPB, in a way, also, is characteristic of the multilingual and linguistically creative, yet composed Karnataka, as it was during the era of the Vijayanagara empire — a court of culture, a confluence of languages, and a commitment to keep all of it intact in its entirety.

In SPB's own words, while he received love and respect wherever he went, what he received in Karnataka was a 'notch more'.

Not to start off a regional fight, but just like others, this is a huge loss to both music aficionado's and Kannadiga's who considered SPB their own, just like Telugu and Tamizhan's.

Hear from the maestro's own words how he felt on Karnataka.

The man himself, time and again clarified, at the risk of inviting trouble from 'language dividers', that if given another chance by God, he would like to be born a Kannadiga.

“For the love and respect I receive from Kannadigas, I would have to wash their feet and have that water sprinkled on my head as teertha,” he says in this clip.

He made his debut in Telugu, but his second and ironically last song was in Kannada — a song penned by Jayant Kaikini to spread awareness about the Coronavirus pandemic.

Jayant maam's words to SPBs voice during the pandemic!

The man who spread awareness about the pandemic till the last moment has had to leave because of the bloody virus! #SPBalasubrahmanyam pic.twitter.com/gXJ46HBGWQ

Over two generations of Kannada actors have loved, fought, married, died, flirted, lamented, cribbed, laughed, howled and hooted musically in the voice of SPB — some of whom did all that and more exclusively in his voice.

And none would sound like the other, strangely. Not for once could someone who hears a song on a radio mistake the actor for another, though SPB would have sung for both.

For, that’s the perfection with which he became the voice of another.

He sounded like Shankar Nag when he gave the bell bottoms generation their youth and life anthem ‘Santoshakke’, and Anant Nag’s graceful self in ‘Chandanada gombe’.

Every Kannadiga truly would want to tell SPB ‘ninna shere aadenu’, in the very style he did, his little non-Kannada slip turning ‘sere’ into ‘shere’.

The laughter, the hiccup, the smirk, the silence, the anger oozed out in his singing as seamlessly as one can only imagine any other singer trying to do.

Even when the emotion was exactly the same, not a single listener could mistake a nuance of an actor for the other.

The intimacy that he achieved reaching homes through the radio, was only enhanced when he turned judge and mentor on ‘Ede tumbi haaduvenu’.

Participants of that show remember that all the exposure and experience was secondary, the mentorship and the bit of SPB they took home with them transformed every single singer who dared stand on that stage and sing in front of the maestro himself.

“I myself cannot fathom why from my first song till this day, what is it that has made me serve Kannada. The love and respect I have received here, I haven’t got elsewhere” says SPB, adding that "there is no other way I can express my gratitude but in words."

"There is something I owe to this land, which is why I have come back to sing and finish my ‘rhuna’ to its people’ — he was known to have said, as Ramesh Aravind quotes him in an interview.

Five decades of connecting, communicating and convincing listeners of every word that came out of his lips and a lifetime of simply singing (apart from his acting and voice overs, of course), S P Balasubramanyam has 'desserted' Kannada musicscape in a much more denser fashion than any other land that can own him.

For, come 1 November, as Karnataka celebrates its statehood, almost the whole state resounds with the numbers he has rendered in praise of Kannada and the state.

In as much grace that the river Kaveri flows, these notes in her praise flowed seamlessly in his voice.

The jeevanadi, literally, took musical birth in the rendition of SPB.

The red and yellow flag that flutters each year on Rajyotsava sways gently to the caressing of SPB’s Karunaada thaayi sada chinmayi.

His conviction and belief in Kannada is best seen in the passion in his eyes, as SPB himself portrays a singer and renders ‘Ide nadu ide bhashe’.

Equally gently nudging and convincing of his warmth for this land is when he hummed:

This one, for Dr Vishnu Vardhan, whose voice he represented almost throughout the legendary actor's career.

And they have stayed unmatched for decades now.

Like he proudly announced, SP Balasubramanyam was an ‘adopted son of Karnataka’ and today ‘Kannadambe’ grieves the loss of such a distinguished son who chose her lap to shine and yearned to be back in another lifetime as her own.