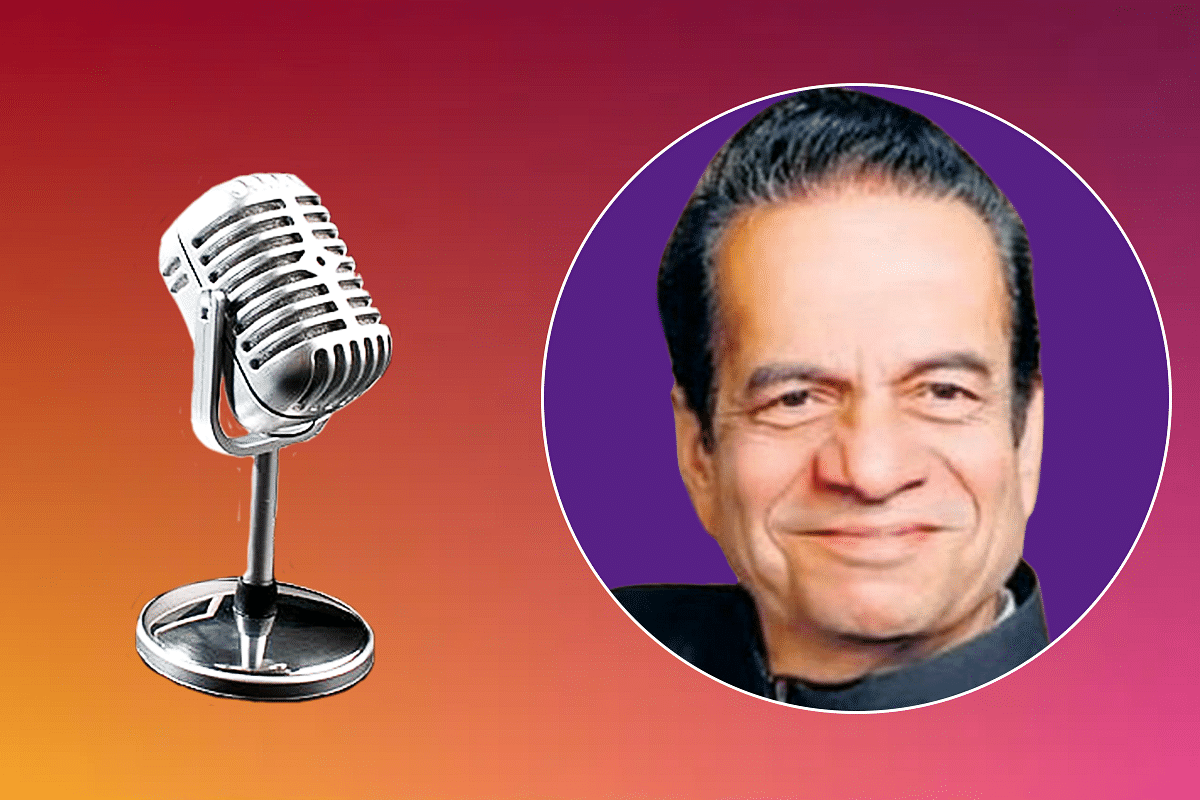 When the Gods decided to take philosophy to people, at least in Karnataka, they chose to pick Shimoga Subbanna for the task.

For over two generations of Kannadigas have had their life lessons, that were penned or rendered by various thinkers, poets, philosophers and seers, delivered to their hearts in the voice of legendary Sugama Sangeeta singer G Subramanya alias Shivamogga Subbanna.

Condolences poured in for the noted singer, including from Prime Minister Narendra Modi who tweeted saying: ‘the exceptional Shivamogga Subbanna was a household name for those who love Kannada songs and music. His works are admired and so are his efforts to connect gems of Kannada poetry with the present generation. Pained by his demise…’.

Subbanna’s passing away is the end of an era of ‘sugama sangeeta’ or as his daughter-in-law and renowned singer Archana Udupa puts it, ‘the last ‘stalwart‘ or a pillar of the genre’ has left. For he took countless poems and thoughts of the most profound thinkers and philosophers of our region, from Shishunala Shareefa, to Da Ra Bendra and Kuvempu, to the homes of people.

Here‘s a tribute to the voice of philosophy through his songs which have had Kannada audiences melodiously lost in deep thought for decades together.

Those mourning his demise today will first hear one of his most popular renditions of Kuvenmpu’s ‘Anandamaya e jagahrudaya’ (the heart of existence is filled with bliss) echoing as his classical training in music and his philosophical bent of mind turned it into nothing short of a meditative experience.

Born in Shivamogga in 1938 as G Subramanyam, he was named ‘Subbanna’ when he sang for a film that went on to bag him the ‘rajata kamala puraskara’ or the national award.

An anecdote reminiscing this name change speaks of how his first song for Chandrashekhar Kambar’s first film Karimai ended up being publicised as being rendered by the other and more famous ‘Subramanyam’ - S P Balasubramaniam, owing to a printing error on the disk of the song.

Which is why, Kambar changed and announced his name as Shivamogga Subbanna when he sang for his next film ‘Kadu Kudure’, the title track which made him a household name as well as the first Kannada playback singer to win the national award in 1978.

In an interview, where the ‘A grade Akashvani artist’ talks about this song, he credits the ‘strength of the poetry’ penned by ‘an award winning Kannada poet‘ Padmashree awardee Kambhar as the reason for it winning the award.

He clarifies saying ‘it was technically a film song, not basically a film song’ because unlike film songs it wasnt penned post the composition of the tune and didnt have ‘tailor made poetry’. It was a poet scribed song, not a lyricist penned one, he emphasized.

He goes on to share how he performed the song in front of the President since it had won the National Award and famous Hindi film scriptwriter K Abbas, who ‘was totally alien to Kannada language’, who was seated in the front rows, walked upto him and asked ’Subbanna does this song signify the dance of a wild horse?’.

‘Someone who had no understanding of Kannada language could perceive the dance of the horse in the song was because that was the strength in Kamba’s poetry.I was just an excuse’ he explains.

To back his belief in the strength of poetrym, he says his citation was testimony to it, for it read, ‘Best Male playback award is given to Subbanna for having rendered theme song Kaadu Kudure which is at once vigourous and lyrical,’.

Lawyer by profession, classical Carnatic singer by training, and light music proponent by vocation, Subbanna’s name became synonymous with ‘sugama sangeeta’ especially with his renditions of Shishiunala Shareefa’s songs, a collection of which was brought out by MSIL.

It was a sacred combination of music composed by C Ashwath, lyrics by a realised mind and the voice of Subbanna.

Countless awards came his way after the National Award from the ‘Kannada kampu’ award, the ‘Shishunala Shareefa‘ Award, Doctorate from Kuvempu University among others, as he took listeners on a melodious journey into the depths of human thought and understanding, through the powerful poetry of Kannada, to ‘wake those who are seemingly dead’ as Kuvempu says in his famous ‘Barisu Kannada Dindimava’.

And after a lifetime of stirring thoughts through his soulful singing, the Gods decided to call him back to their abode last evening to sing to them may be, the essence of life in all its depth.