Prof Makarand Paranjape Stopped From A Recording At A Canadian University 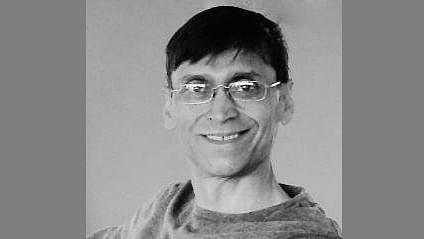 Makarand Paranjape, well known author and Professor of English Literature at Jawaharlal Nehru University, was last week stopped from attending a video recording at a Canadian University. According to Overseas Friends Of India, an NGO, Dr Paranjape's recording was 'cancelled' at the last minute at the instigation of Assistant Professor Chinnaiah Jangam who aggresively bullied the university authorities. These events unfolded at the Carleton University where Jangam is employed.

According to the OFI press release, the Assistant Professor hurled absurd abuses at Dr Paranjape and alleged that the latter indulged in 'hate speech'. Jangam's aggresive behaviour led to the studio administrator cancelling the event. The topic of Dr Paranjape's planned recording was 'Drishti: Is there an Indian Way Of Seeing?'. The recording was to be hosted by Adjunct Professor Dr Harsha Dehejia at Carleton University. OFi has said that ideological reasoning of “Dalit activism” was employed to justify the intellectual venom against the Indian state and civilization.

A group of professionals and civil servants organised a meeting for Dr Paranjape to speak on topics including the one he was supposed to be speak at the Carleton University recording, according to OFI. This meeting was organised in response to Asst Prof Jangam's intimidation at the university. The meeting was well attended.

Incidentally, Dr Paranjape recent talk on identity politics at Queen Mary, University of London was attended by Leftists who seemed to have attended with the intention to disrupt processings. "Dr Paranjape's patience and courtesy in dealing with hostile and hard Leftists, who apparently attneded to disrupt, was exemplary", the OFI press release cited Dr Gautam Sen, economist and former professor at London School of Economics, as saying.

Attached below are copies of the statement put out by the Overseas Friends of India: