Republics Of The Past – Part II 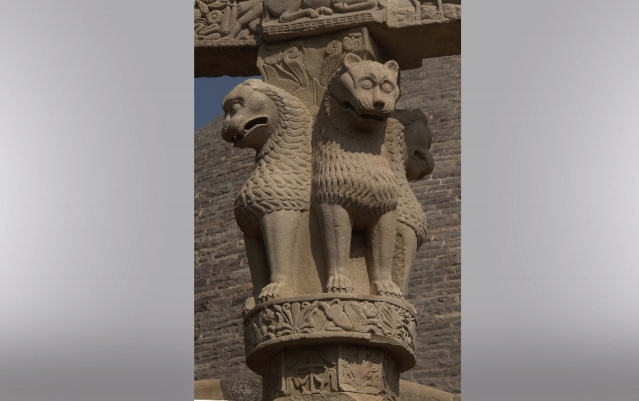 This concluding part will examine the political characteristics of ancient republics to see how far it is actually justified to apply the terms ‘republic’/ ‘proto-republic’ to them and what their impact on modern India has been.

The word republic today signifies the use of democratic means to form a government, with this government, rather than a monarch, being the ruler of the populace – as power resides in the people.

While considering practices and peoples that existed thousands of years ago it should be clear that we are not talking of the universal adult suffrage of modern democratic republics, the present cannot and should not be superimposed on the past.

What is meant by ‘gana-sanghas’ as ‘republican’ or ‘proto-republican’ is the prevalence of some form of egalitarianism between most of the constituent members of the gana and rule by discussion and consensus.

A careful study of Vedic texts points to the existence of republican elements in Vedic polity. The kinds of gana-sanghas found in Vedic texts have been classified loosely into the following types (J P Sharma, Republics in Ancient India):

The first type is sanghas ruled by ‘kings’ who are appointed, even elected by the clan or tribe. There are references in the Rig Veda and Yajur Veda where the ‘vis’ or the people are said to ‘want’ or ‘desire’ a ‘king’, ta im viso na rajanam vrinana; the ‘king’ thus owed his position to the consent of the community.

The second category is where rule was through a sabha or aristocratic council made up of powerful members of the populace, and the third where the sabha ruled along with the samiti or the assembly of the people of the tribe. The membership of the sabha was only through personal excellence in war, speech, learning, wealth etc.

Another form of government was by a group of rajas or nobles who ruled along with the samiti.

These forms of government have also been found in practice in some of the kingdoms of the 1st millennium BCE as detailed in Buddhist, Jaina and Sanskrit sources. (Mentioned in Part 1 of this article).

Those tribe members who had military power, were land-owners, learned, good at debating etc. i.e. exceptional and stellar members of the community, were part of the ruling oligarchy. Others such as farmers, artisans, wage labourers or karmakars and brahmans , too lived as part of the gana but all of them did not enjoy equal political rights.

To put this in perspective, the much-vaunted Greek city-states where ‘democracy’ and ‘republicanism’ were ‘invented’ had participation in political affairs only from the male landholders. Women, slaves and the landless did not have a political voice; only the free adult, male landowners were ‘citizens’ of these ancient ‘democracies’.

There is an interesting contrast here as women took part in the original Rigvedic assembly of the people called the vidatha. A hymn in the Rig Veda also says that they are worthy of attending the sabha. Political participation of women seems to have been far greater in the ancient Indian proto-republics than the Greek ones.

To return to the Indian gana-sangha, the chief, also called ganapati or sanghamukhya, and the council or sabha met in the assembly hall called the santhagara. The office of the chief was not hereditary and he was elected for life. Meetings at the santhagara were probably announced by the beating of drums and there was a regulator of seats. Voting was done using pieces of wood called salakas and the collector of these votes was called the salaka-gahapati chosen for his honesty and impartiality. The gana puraka ensured the necessary quorum. Important matters were debated and decided by voting or by a consensus. There were advisers to the chief for administrative, treasury and military matters. Division of assemblies into political parties was well known as well as a division into smaller committees for specific purposes.

It has been mentioned that the battle between monarchy and republicanism was fought in the Indian sub-continent between Magadha and Vaishali. Much has been said about Magadha in earlier columns and it is worth looking at the Vajji Federation, made up of a number of gana-sanghas, which had its capital in Vaishali, in greater detail. This will be with specific reference to the Lichchavis, the most powerful and important constituents of this federation.

The Lichchavis formed a gana-sangha, where a considerable portion of the population was vested with the final power and ultimate authority of the state. They assembled at their capital, Vaishali, and had a council of nine nobles that was responsible to the assembly. All the members of the assembly were designated as rajas thus explaining the famous preamble to the Ekpanna-Jataka, which refers to 7707 rajas, uprajas, senapatis and bhandagarikas of Vaishali. The santhagara, where they met, was a political, religious and social centre, where decisions were taken using a political procedure similar to that described above.

It would have been at one of these meetings that the beauteous ganika Amrapali would have been anointed the nagarvadhu of Vaisahali. It was also at these meetings that the rajas were given a ritual bath in the ‘Pokkharani’ or the sacred bath and appointed to their positions after their selection/election/ratification by the assembly. The chief officer of the state, the head of the state, as it were, was also elected at one such ceremony, probably for life unless found guilty of a serious crime such as treason.

In a Jaina text, Raja Chedaga of Vaisali is mentioned as a king, who ruled with his councillors. He consulted the 18 confederate kings of Kasi-Kosala, the nine Lichchavis and the nine Mallakas when he took any decision as the head of the Vajji federation.

The best practices, as it were, of republics are worth quoting from the Mahaparinibbana Sutta in the form of what Gautam Buddha said were the foundations of the prosperity of the Vajji Federation. He set down the conditions for the Vajjis to prosper:

So long, Ananda, as the Vajjians meet together in concord, and rise in concord, and carry out their undertakings in concord... so long as they enact nothing not already established, abrogate nothing that has been already enacted, and act in accordance with the ancient institutions of the Vajjians as established in former days... so long as they honor and esteem and revere and support the Vajjian elders, and hold it a point of duty to hearken to their words... so long as no women or girls belonging to their clans are detained among them by force or abduction…

So long shall they prosper.

Concord, consensus and adherence to rules were thus the keys to the success of the republics and discord proved to be their undoing. In essence, this conforms to the principles of modern republicanism; the rule of law, individual rights and the sovereignty of the people.

It remains to discuss the continuum between republics of the past, monarchies which subsumed them in later centuries and the modern age.

The gana-sanghas we have been looking at allowed sharing of political power between people and oligarchic groups within them. The group of nobles chose a chief or sanghamukhya and this office metamorphosed with time into something closely resembling the monarch. The samiti changed its role and became a parishad, an advisory body of the king. Republics started to approximate monarchies. Due to their own internal contradictions or perhaps a trick of history the monarchical form of government vanquished them.

At the same time it was in the tradition and practice of the king, even when conceptualised as the chakravartin or universal monarch, ruling with the advice of his mantri parishad, that a reflection of the corporate nature of political power continued to be seen. The Arthashastra, amongst other treatises, has the theory of the mantri parishad in it and the practice can be seen, for instance, in Mauryan administration. Appointment as a mantri was carefully considered and important representatives of the people included in it.

Some scholars have pointed to the role of the people in establishing monarchies even up to the 8th century; with some evidence pointing to the election of Rudradaman (130 CE), Harshavardhana (606 CE) and Gopala (750 CE). The Cholas provide an exemplar of democratic practices into the next millennium, as do the Pallavas and the Pandyas to a lesser extent.

The other vestige that survived the tribulations and invasions of the country in the next millennium was that of village self-government where the elders of a village formed a panchayat to decide matters of importance; again the voice of the people in governing themselves.

To sum up, republicanism in a broad sense is the say the people have in governance. The idea of having a say in political matters has never been new to the population of the Indian sub-continent and it therefore took enthusiastically to the declaration of democracy and the republican form of government. That perhaps is the reason for the strength and resilience of the Republic of India even as many other republics and democracies have fallen by the wayside.